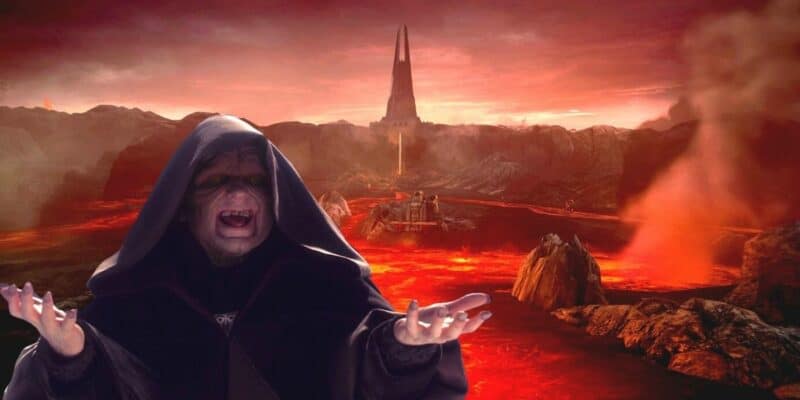 Star Wars tie-in media has been doing a lot of work recently. It’s not unusual for a behemoth franchise like Lucasfilm’s galaxy far, far away to need projects outside of its blockbusters to tell more detailed stories of the characters and events from the Skywalker Saga.

That being said, ever since JJ Abrams’ Star Wars: Episode IX — The Rise of Skywalker (2019) debuted, a lot of information has been shared in other multimedia ventures. One contentious part of the sequel trilogy is the sudden inclusion of Ian McDiarmid’s Emperor Palpatine, and Star Wars is desperate to add weight to his resurrection story.

Following the introduction of characters like Rey (Daisy Ridley), Finn (John Boyega), Poe Dameron (Oscar Isaac), and Kylo Ren (Adam Driver), in the latest Star Wars trilogy, the fandom is slowly being weaved back together with projects like Jon Favreau’s The Mandalorian and Dave Filoni’s The Bad Batch — both taking place in different timelines of the Star Wars galaxy.

With new information coming to light in multimedia outings like Marvel Comics’ Darth Vader and the War of the Bounty Hunters crossover initiative, one new canon book — Star Wars: Secrets of the Sith (2021) — has been slowly building context to the villainous Sith Order. Darth Plagueis, Sheev Palpatine’s former master, made his first-ever canon appearance in Marc Sumerak’s book with Supreme Leader Snoke’s (Andy Serkis) origin finally detailed by Palpatine himself — the antagonist narrates Secrets of the Sith.

Now, in what seems to be another attempt to prove that Emperor Palpatine AKA Darth Sidious really, really wanted to find a solution to immortality, Secrets of the Sith has revealed that the Sith Lord knew about the Aeon Engine and its potential powers.

This possibly adds reason to why he sent his apprentice Darth Vader, the disgraced Anakin Skywalker (Hayden Christensen), to Mustafar in the prequel trilogy Star Wars movie, Star Wars: Episode III – Revenge of the Sith (2005) and why the fallen hero eventually took up residency on the lava planet as seen in Rogue One: A Star Wars Story (2016).

Thanks to ScreenRant, we can see the excerpt of the book that somewhat changes Star Wars history:

“The cost of activating the Aeon Engine was steep, draining the life energies from Mustafar and those who dwelled there,” Darth Sidious reflects. “But to obtain true dominion over death, any price is worth paying… If such a device could be re-created, it would undoubtedly prove useful in the hands of the Sith.”

This is important to know because so far in the Star Wars canon it hasn’t been revealed that Darth Sidious knew about the Aeon Engine. The artifact was first introduced in the Oculus, and Playstation VR game, Vader Immortal: A Star Wars VR Series. The game — which came out before the sequel trilogy finale and the backlash that ensued — follows Darth Vader in a new story between Revenge of the Sith and Rogue One, detailing his quest to uncover the secrets of the Aeon Engine and the Bright Star crystal that powers it, all in an attempt to bring his beloved Padmé Amidala (Natalie Portman) back to life.

Mustafar became a symbolic place for the Star Wars galaxy when Anakin Skywalker executed his mission to kill the Separatist Council and his subsequent duel with his former master, Obi-Wan Kenobi (Ewan McGregor). The Aeon Engine’s incorporation in this new book further cements Star Wars‘ need to add weight to how Palpatine survived his fall on the Death Star and his resurrection in The Rise of Skywalker on Exegol.

Fans can see the “rematch of the century” sometime next year — possibly in May — when Lucasfilm debuts Deborah Chow’s Obi-Wan Kenobi on Disney+. Both Christensen and McGregor will reprise their roles as Vader and the Jedi Master, Kenobi, respectively. Christensen will then return in Rosario Dawson’s Ahsoka Tano series, Ahsoka, another future installment of The Mandalorian timeline and growing Star Wars universe.

What do you think of Secrets of the Sith revealing more information about Palpatine’s backstory? Let us know in the comments below!