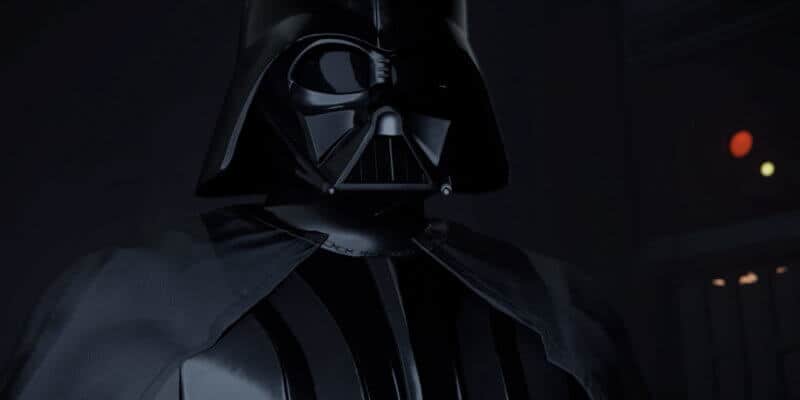 What better application for state-of-the-art Virtual Reality technology than to immerse fans in the “Star Wars” galaxy? The VOID has already proven that formula successful with its “Star Wars: Secrets of the Empire” hyper-reality experiences at locations around the globe (including both Walt Disney World and Disneyland Resorts), and now the same division of Lucasfilm– ILMxLAB– is bringing a new VR story series to the just-announced Oculus Quest home system in the spring of 2019.

“Vader Immortal: A Star Wars VR Series,” written by “The Dark Knight” screenwriter David S. Goyer and developed in cooperation with Oculus Studios, will be set in Darth Vader’s castle on the planet Mustafar. In the trailer below (which debuted this morning at the OC5 Oculus Connect presentation in San Jose, California), VR viewers confront Vader himself alongside an Interrogation Droid after being pulled out of Hyperspace aboard an Imperial Star Destroyer.

The three-part series will take place in-between Episodes III and IV in the larger “Star Wars” timeline and (according to an interview on StarWars.com) will actually connect in some way to the aforementioned “Secrets of the Empire.”

“The very initial conversations around this project started three years ago, around the launch of ILMxLAB,” Mohen Leo, director of immersive content at ILMxLAB, tells StarWars.com. “Lucasfilm was in production on Rogue One. In the film, the audience gets a glimpse of Darth Vader’s castle on Mustafar, which we knew would be intriguing to a lot of fans. This was also around the time that some of the first really compelling content for the Oculus DK2, the developer kit that preceded the Oculus Rift, came out. We recognized that VR has a unique ability to transport people to a fictional place and let them explore it. So, we thought, ‘Wouldn’t it be cool to let the audience visit and explore Vader’s castle, and have the opportunity to learn some of his secrets?’” 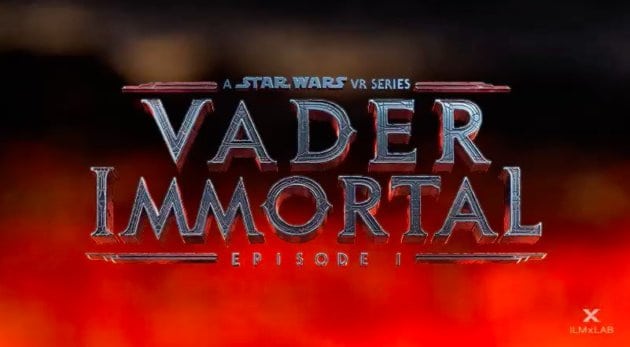 “Vader Immortal: A Star Wars VR Series” and the Oculus Quest are both set to become available to consumers in the spring of 2019.

Comments Off on “Vader Immortal: A Star Wars VR Series” from ILMxLAB to launch with Oculus Quest in 2019