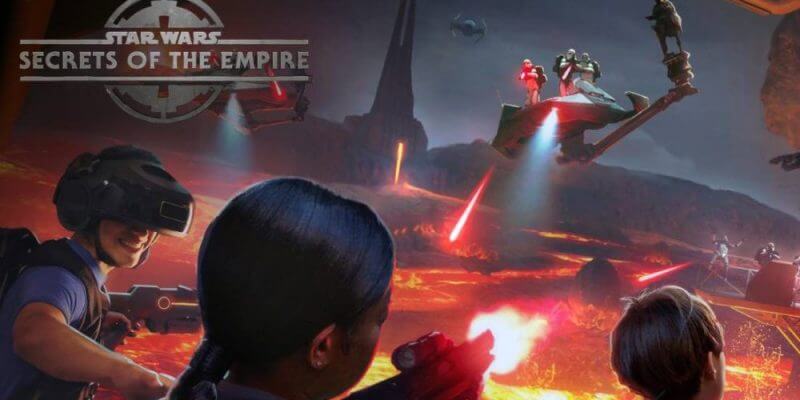 The VOID has announced two new VOID Experience Centers for Las Vegas, Nevada, and Glendale, California, and both will feature the company’s “Star Wars: Secrets of the Empire” experience.

The Las Vegas location will be located in the Grand Canal Shoppes at The Venetian, while Glendale’s experience center will be in the Glendale Galleria. No opening date has been revealed for either location, but according to Variety, tickets will be available soon on The VOID’s website.

“Star Wars: Secrets of the Empire” allows up to four players to immerse themselves in the “Star Wars” universe through the use of customized VR headsets, letting them explore the stage without being tethered to a computer. The experience was developed with Lucasfilm’s ILMxLab and recently opened in London and Orlando. “Star Wars: Secrets of the Empire” arrives at Disneyland Resort in January. For the two new locations, The VOID partnered with GGP, a real estate company that owns more than 120 shopping centers across the United States. They also credited virtual reality headset developer Oculus for the expansion. “Partnering with Oculus has enabled us to provide the most human experience imaginable, transporting guests to entirely new worlds,” said The VOID CEO Cliff Plumer. “We look forward to opening our unique entertainment centers in additional key markets throughout 2018.”

You can read our coverage of the “Star Wars: Secrets of the Empire” experience at Walt Disney World here, and keep an eye on The VOID’s website to purchase tickets for the Las Vegas and Glendale locations.

Comments Off on “Star Wars: Secrets of the Empire” virtual reality experience from The Void announced for Las Vegas, Glendale