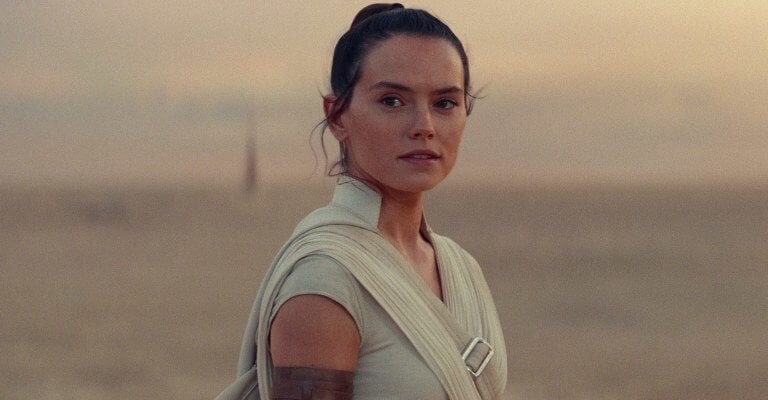 While most fans don’t the Sequel Trilogy for how they ruined characters such as Luke Skywalker (Mark Hamill) and for making characters like Finn (John Boyega) look stupid, the LEGO Star Wars game does at least make the final episodes of the Skywalker Saga bearable.

Due to the lighthearted nature of the game, fans can pass by many of the frustrating moments of the movies and get to see the game make fun of the key moments. One of those moments occurs when Rey duels the clone of Emperor Palpatine on Exegol. During her duel, Palpatine can’t seem to remember Rey’s name for a few moments as he calls her Kira:

Did you know? In LEGO Star Wars: The Skywalker Saga, Palpatine says to Rey that he wishes her parents called her Kira. This is a reference to Kira being Rey’s original name in The Force Awakens script. The name Kira was later used (as Qi’ra) for Emilia Clarke’s character in Solo

Did you know? In LEGO Star Wars: The Skywalker Saga, Palpatine says to Rey that he wishes her parents called her Kira. This is a reference to Kira being Rey’s original name in The Force Awakens script. The name Kira was later used (as Qi’ra) for Emilia Clarke’s character in Solo pic.twitter.com/KOcozN0SH9

This scene is hilarious because as many fans know, JJ Abrams had decided that Rey had to be a Palpatine which means that Rey is the Emperor’s granddaughter and he can’t remember her name. The name Kira was originally going to her name, but Lucasfilm decided to give that name to Emilia Clarke’s character, Qi’ra in Solo: A Star Wars Story (2018). While this is cool to see Rey’s original name, it’s disappointing that Rey had to become a Palpatine and then ditch the name to call herself Skywalker.

Thankfully, Dave Filoni and Jon Favreau had already released The Mandalorian which made fans have hope for Star Wars on Disney+ rather than on the big screen. The Skywalker Saga is a massive LEGO game that allows fans to enjoy the best moments and even get to play Mando and have their own Grogu float beside you. The video game isn’t perfect as Darth Vader is missing a crucial detail and Boba Fett continues to look weak.

Fans can also cruise through the Sequel Trilogy as the missions aren’t very long as the game focuses on collectibles and side quests which means that fans can focus more on exploring the galaxy playing your favorite Star Wars character, rather than be stuck as Rey for several hours.

Do you think Rey should have been called Kira? Let us know what you think in the comments section below!