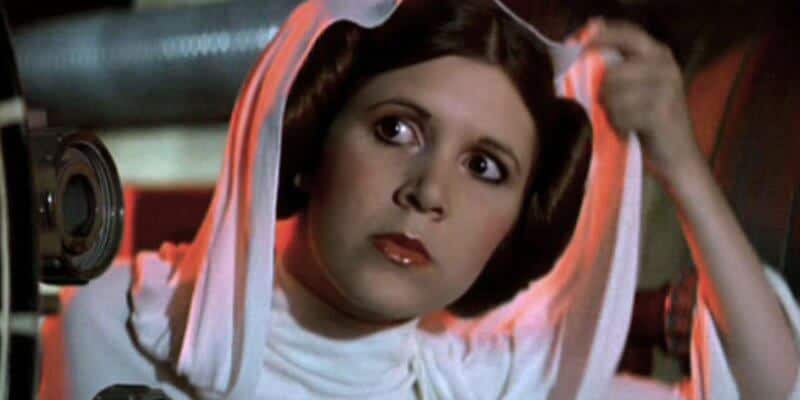 When Emilia Clarke (Game of Thrones) made her Star Wars franchise debut in Solo: A Star Wars Story (2018), she almost instantly became a fan-favorite villain.

Upon being reunited after being young lovers on Corellia in their youth, Clarke’s Qi’ra had a young Han Solo (Alden Ehrenreich) wrapped around her little finger. She ultimately played Solo and his cohorts — including Lando Calrissian (Donald Glover) and Chewbacca (Joonas Suotamo) — like a fiddle until she revealed her true intentions, taking down her boss Dryden Vos (Paul Bettany) and climbing the ranks of Maul’s (Ray Park) Crimson Dawn crime syndicate.

Although the new Marvel Cinematic Universe star has not yet reprised her Star Wars role in live-action, Qi’ra has recently played a major role in canon Star Wars comic books, including the “War of the Bounty Hunters” series that heavily featured the legendary Boba Fett.

Now, in Charles Soule and Ramon Roasanas “Star Wars #22,” Qi’ra is back, and she’s joining forces with an unlikely ally — Princess Leia Organa.

A recent article about the upcoming team-up notes:

…Qi’ra’s stated ultimate goal is to use the chaos Crimson Dawn creates among the galaxy’s underworld to destabilize the Galactic Empire’s control and ultimately bring down Emperor Palpatine and Darth Vader.

While Leia is skeptical of Qi’ra’s intentions, she can’t deny that they do seem to share a common enemy. And, in this era between The Empire Strikes Back and Return of the Jedi, the Rebel Alliance needs all the help it can get, even if it comes from a group as shady as Crimson Dawn.

In the preview page above, you can see Qi’ra and Leia forging their alliance in the presence of C-3PO. Leia says, “I’ll take your help — this time — but if this some sort of trick, you’ll find out just how strong the Alliance can be.”

In a thinly veiled reference to Solo, the man both women have loved, Qi’ra responds, “I would not betray you, Leia, I wouldn’t dream of it. I have friends in this fleet. Good ones. Speaking of which…how is Chewbacca? I’d like to say hello while I’m here.”

The official description of the “Crimson Reign” tie-in issue reads:

The time has come for THE REBEL ALLIANCE fleet to bring its final lost division home… but to do it, LEIA ORGANA, MON MOTHMA and the other Alliance leaders will need to rely on intelligence provided by the notoriously untrustworthy criminal organization CRIMSON DAWN. Meanwhile, Starlight Squadron and a group of rogue PATHFINDERS led by KES DAMERON head out on an unauthorized rescue mission to save one of their own…!

Related: Ron Howard Confirms That ‘Solo 2’ Is Not in the Works

What do you think about Leia and Qi’ra’s partnership?