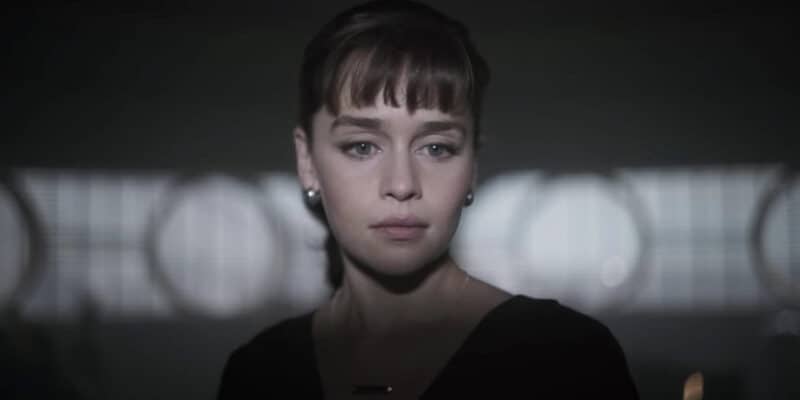 Emilia Clarke might be playing one of the main villains in Secret Invasion.

While not much is known about the upcoming MCU series, fans do know that Samuel L. Jackson is back as Nick Fury. The former S.H.I.E.L.D. director hasn’t been around the past few years so fans are excited to see what he has been up to. Ben Mendelson will be returning as Talos and helping Fury handle the new Skrull threat in the upcoming series.

After Brie Larson’s Captain Marvel (2018), fans were outraged that Marvel made the aliens seem like the good guys. Now, it seems that Marvel will go back to the comics and show a darker side with the Skrulls. Rumors of who Emilia Clarke will be in the series have been surfacing online with people believing she will be playing Veranke, the Skrull Empress.

This started when  MyTimeToShineHello reported on Twitter who Emilia Clarke will be playing:

Another fan pointed out Clarke could be a Skrull based on leaked pictures of the cast on set:

Aside from the fact that the height and physical constitution is the same as #EmiliaClarke, the boots are very similar to the ones she wears on the set (these could even be the same). Yup, could be her or her double!! #SecretInvasion

Veranke has a major role in the comics as she impersonated Spider-Woman, destroyed S.W.O.R.D., and is the one responsible for Skrulls taking over the world.

The official marvel database offers a great explanation for who the Skrull princess/empress is:

A Skrull princess, Veranke was a member of the Dard’van, a deeply religious sect of Skrull society whose existence centered around an approaching scenario that would see the end of the Skrull Empire.

Veranke ended up being exiled for her beliefs about her homeworld’s destruction.  The comics have Galactus destroy her planet, but it wouldn’t be surprising if the Kree Empire ends up being the ones responsible for destroying the Skrull homeworld. After some of the Skrulls found Veranke, she became their empress and led the Skrulls to earth.

When the Skrull Empress arrives on Earth, she kidnaps Jessica Drew — the current Spider-Woman — and fools the Avengers into believing she is Spider-Woman. From here, Veranke gets access to Stark tech and captured Hydra bases. She uses her resources during the events of Civil War and House of M comics to get her fellow Skrulls ready to invade the world. After House of M, the Avengers and X-Men are weak and Veranke takes over.

Since the X-Men haven’t entered the MCU yet, and the MCU’s version of Civil War has happened, these events wouldn’t make sense to be included with Veranke’s backstory. Marvel wouldn’t have Spider-Woman introduced in a Marvel series so Veranke most likely won’t be impersonating the female web-slinger either. It would be too confusing to have Clarke play a Skrull impersonating Spider-Woman before the super hero was even introduced into the MCU.

With this in mind, Veranke did end up destroying S.H.I.E.L.D. and S.W.O.R.D. which is something that can happen as Fury is seen to be working with S.W.O.R.D. Clarke could easily change the Marvel universe as the Skrulls will have a large impact on the MCU. It wouldn’t be surprising if many of the world leaders were actually Skrulls working for Clarke.

As seen in the Falcon and the Winter Soldier, the world is still recovering from the Blip. After Secret Invasion, more governments will be in shambles as leaders will be missing or dead. With the Avengers unassembled, it will require some help from other super heroes to help restore order on Earth. While Clarke’s impact in Secret Invasion may not be as catastrophic as Josh Brolin’s Thanos, it won’t be easy for the world to recover.

One reason why fans loved Agents of S.H.I.E.L.D. was that the ABC series explored the fallout of the organization after the events of Captain America: Winter Soldier (2013). This led to Hydra being exposed and toppling S.H.I.E.L.D. with it. With Armor Wars releasing next year as well, it wouldn’t be a surprise if Don Cheadle’s James Rhodey/War Machine has to help restore order through the chaos. The actor already is reported to have a role in Secret Invasion so it would make sense for the two projects to have some connections.

Another tie-in for Clarke’s character would be the Illuminati as the group originally tried to have the Skrulls not come to Earth. Their failed attempt to keep back the Skrulls of course left the group in disarray. With Doctor Strange in the Multiverse of Madness (2022) reported to introduce the secret super hero society, it’s very possible that the Illuminati could make an appearance in Secret Invasion.

Do you think Emilia Clark will play Veranke? Who would you like her to be in Secret Invasion?