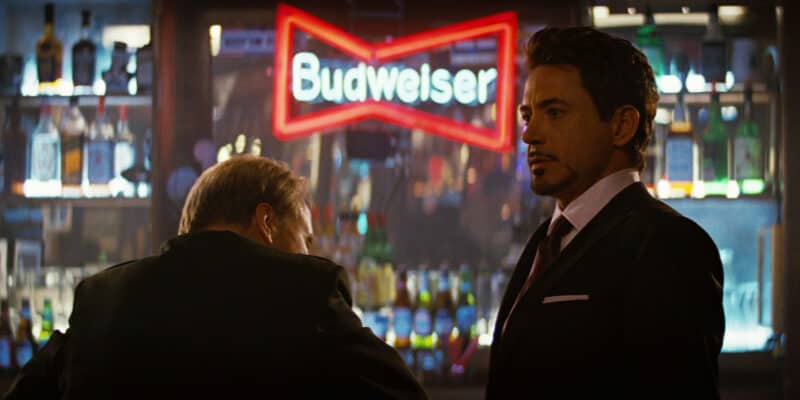 One of the first MCU movies is heading over to HBO Max in April.

Marvel fans have enjoyed using Disney+ to rewatch several MCU movies. In the beginning, Disney+ didn’t have all of the Marvel movies as some were still on Netflix, but now the streaming service has almost all of the MCU films. Some MCU movies such as Scarlett Johannson’s Black Widow (2021) and Avengers: Endgame (2019) have IMAX enhanced versions which is a great feature for fans to enjoy.

Sadly, not all of the MCU movies are on Disney+ as Marvel has worked with other studios such as Sony Pictures and Universal Pictures to make certain MCU movies. Without Sony’s cooperation, fans wouldn’t have gotten Spider-Man: No Way Home (2021) as Marvel doesn’t have the movie rights to Spider-Man.

Sadly, Tom Holland’s Spider-Man movies don’t have to go Disney+ which is why fans can’t watch them on the streaming service. The Incredible Hulk (2008) is another example of Marvel teaming up with another studio to make an MCU movie.

Now, fans have almost forgotten about the movie as Marvel did a major recasting for Hulk as Mark Ruffalo took Norton’s place in the MCU. HBO Max will be adding the MCU film to its roster in April.

Even though Marvel probably won’t make another Hulk movie with Universal, Ruffalo’s character has been popping up more in the MCU recently. Banner was seen in a post-credit scene for Shang Chi and the Legend of the Ten Rings (2021), will have a large role in She-Hulk, and is rumored to make an appearance in Moon Knight and Deadpool 3.

With Holland’s Spider-Man getting his own animated show sometime in the next year or so, it will be interesting to see if Marvel can strike a deal with Sony to have the Spider-Man movies on Disney+.

Hulk isn’t as popular for Marvel fans, but there’s no doubt that fans want to see more of the super hero. Although it’s possible that Tatiana Maslany’s She-Hulk may be replacing Ruffalo in the Marvel Cinematic Universe.

Fans will have to wait and see what Hulk’s future will look like, but until then, fans can hop on over to HBO Max to watch The Incredible Hulk on April 1.

More on The Incredible Hulk

Here’s an official description of the movie:

In this new beginning, scientist Bruce Banner desperately hunts for a cure to the gamma radiation that poisoned his cells and unleashes the unbridled force of rage within him: The Hulk. Living in the shadows–cut off from a life he knew and the woman he loves, Betty Ross–Banner struggles to avoid the obsessive pursuit of his nemesis, General Thunderbolt Ross and the military machinery that seeks to capture him and brutally exploit his power. As all three grapple with the secrets that led to the Hulk’s creation, they are confronted with a monstrous new adversary known as the Abomination, whose destructive strength exceeds even the Hulk’s own. One scientist must make an agonizing final choice: accept a peaceful life as Bruce Banner or find heroism in the creature he holds inside–The Incredible Hulk.

Do you want Tom Holland’s Spider-Man Trilogy to be on Disney+? Do you want another Hulk movie? Let us know what you think in the comments section below!