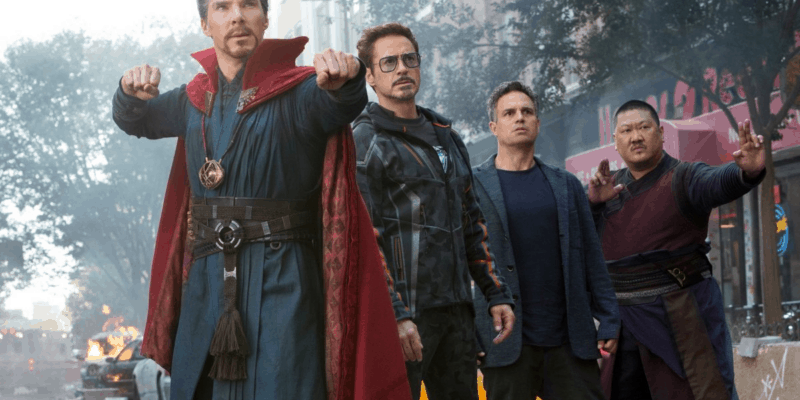 Hulk actor Mark Ruffalo took to social media to reveal an exclusive “secret” clip from the upcoming episode of Marvel’s What If…?

Marvel’s animated series premieres its fifth episode on Wednesday, September 8 on Disney+ and is set to feature Avengers characters from the Marvel Cinematic Universe — including Iron Man, Doctor Strange, Wong, and Captain America — as zombies. The new clip reveals that the storyline of What If…? Episode 5 will not only take cues from the comic book series Marvel Zombies, but also from the epic MCU blockbuster Avengers: Infinity War (2018).

Marvel’s What If…? explores the Multiverse

Marvel Studios’ most recent Disney+ streaming series What If…? presents familiar Marvel Cinematic Universe stories and characters with a Multiverse twist. The animated series has so far shown MCU fans alternate timelines with a super soldier serum switcheroo that results in a Captain Carter instead of Captain America, a timeline with T’Challa as Star-Lord, Hank Pym as a serial killer, and a new origin for Doctor Strange. Episode 5 promises to give audiences a narrative from a corner of the Multiverse inspired by the classic Marvel Comics series Marvel Zombies.

While marketing for What If…? has heavily featured imagery of zombie-fied Avengers pretty much since the series was announced, few details of the zombie Avengers storyline were known. Aside from Bucky Barnes battling an undead Captain America, Marvel fans were given few clues as to the episode’s direction.

Now Bruce Banner/Hulk actor Mark Ruffalo has revealed a new clip from the episode that he cheekily asks his followers to keep a secret. Ruffalo voices the animated character of Bruce Banner on the episode that we now know plays off of the opening moments of the beginning of the end of the Infinity Saga, Avengers: Infinity War. The official clip features a Bruce Banner unable to transform into the Hulk much like performance anxiety plaguing the character following his drubbing at the hands of Thanos (Josh Brolin).

Following up an an earlier Tweet congratulating the cast and crew of Shang-Chi and the Legend of the Ten Rings on the film’s box office success, Mark Ruffalo shared the new clip along with the caption, “If you’re still here, I hope you can keep a secret about tomorrow’s episode of #WhatIf…”

If you’re still here, I hope you can keep a secret about tomorrow’s episode of #WhatIf… pic.twitter.com/AhuZ8xHACM

In Avengers: Infinity War, Hulk is spirited to Earth by Heimdall (Idris Elba) before Thanos and his Black Order goons kill him and Loki (Tom Hiddleston) — and leave Thor (Chris Hemsworth) for dead. In the Marvel movie, once Banner has returned to Earth he enters the Sanctum Sanctorum in New York City and warns Doctor Strange (Benedict Cumberbatch), Wong (Benedict Wong), and Iron Man, Tony Stark (Robert Downey, Jr.) of the inevitable arrival of Thanos to claim additional Infinity Stones. The Black Order — Ebony Maw and Cull Obsidian — arrives and battles Doctor Strange and Iron Man as Wong takes shy Hulk to safety.

*SPOILER ALERT for What If…? Episode 5*

The official clip shared by Mark Ruffalo is a twist on that sequence — only Banner finds New York city deserted. When confronted by the Black Order’s Ebony Maw and Cull Obsidian, Banner fails to will the Hulk into a fight. Banner is relieved — temporarily — when it seems that Doctor Strange, Wong, and Iron Man appear. “Boy, are you guys screwed!” Banner teases the Black Order as the cavalry arrives.

As his rescuers do away with the Black Order in particularly brutal fashion, Banner senses something is amiss. When the dust settles, we see the horrific zombie-fied Avenger, Tony Stark — still expertly utilizing the Iron Man armor despite his condition.

The exciting scene using inspiration from Infinity War — arguably one of the most action-packed opening sequences in all of the Marvel Cinematic Universe — has given every Marvel fan a big reason to tune into the latest episode of What If…? on Disney+.

Later, Marvel’s official Twitter account for What If…? released a promo featuring footage of an Avengers mission gone horribly wrong. The caption accompanying the video reads,

“What If… Zombies?! Discover the anser to the question in a new episode of Marvel Studios’ #WhatIf. Streaming tomorrow on @DisneyPlus.”

What If… Zombies?! Discover the answer to the question in a new episode of Marvel Studios' #WhatIf, streaming tomorrow on @DisneyPlus. pic.twitter.com/iAX5gjHhx2

Did Mark Ruffalo spoil episode 5 of What If…? Or is this the perfect teaser for what will be an epic entry in the animated series?