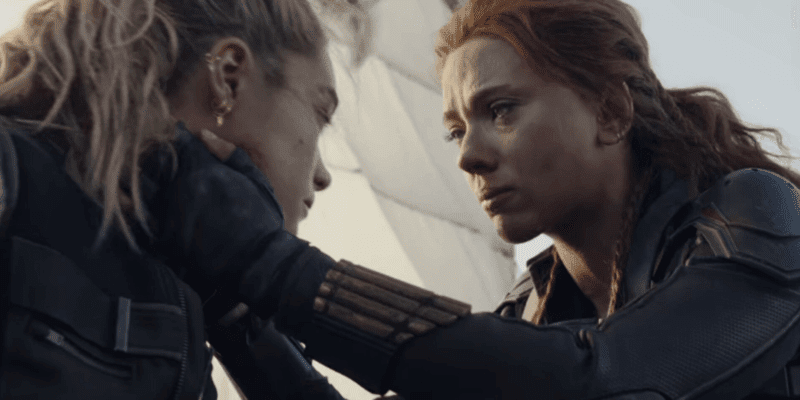 Kevin Feige’s Marvel Cinematic Universe shows no signs of slowing down. Just nine months after the MCU returned to the world with WandaVision in January, Marvel Studios has delivered plenty of new stories to fans.

The latest outing from the Marvel studio began last month. The anthology series What If…? explores various alternate realities across Marvel’s relatively new Multiverse and asks what would happen if a pivotal event in MCU history happened differently. Next year will potentially see Season 2 debut and Marvel just confirmed, amid controversy, that their re-casted Black Widow will return in some capacity.

So far, Marvel’s What If…? has explored new territory in the MCU. Coming hot on the heels of Loki breaking the Sacred Timeline and causing chaos in the Multiverse, What If…?‘s episodes follow a different scenario in an alternate universe.

Fans have already seen Peggy Carter (Hayley Atwell) take the super-soldier serum instead of Steve Rogers — played here by Josh Keaton — and the late Chadwick Boseman’s T’Challa take up the mantle of Star-Lord instead of becoming the Black Panther. Last week saw the Earth’s Mightiest Heroes succumb to a devastating attack, while the most recent What If…? episode saw Doctor Strange (Benedict Cumberbatch) lead a tragic life after losing his love, Dr. Christine Palmer (Rachel McAdams) — oh, and fans could NOT deal with the heartbreak.

What is perhaps most interesting about What If…? is that Marvel managed to bring back most of its mammoth cast from across its many years of filmmaking. However, there are some exceptions. Tony Stark AKA Iron Man will be voiced by Mick Wingert instead of Robert Downey Jr. The aforementioned Keaton joins Wingert in voicing Captain America too, and it is with these characters that recasting is not unusual — the two actors, after all, have finished their contract with Marvel Studios following the Russo Brothers’ climactic Infinity Saga conclusion, Avengers: Infinity War (2018) and Avengers: Endgame (2019).

However, characters like Spider-Man (Tom Holland), Captain Marvel (Brie Larson), and Drax the Destroyer (Dave Bautista) have also been recast despite them having upcoming movies like Spider-Man: No Way Home (2021) still to debut in the MCU. Another character that sits in the middle is Scarlett Johansson’s Natasha Romanoff AKA Black Widow. The former Red Room assassin appeared in Episode 3 (“What If…The World Lost Its Mightiest Heroes?”) of Marvel’s animated series but despite Johansson having had her solo feature film, Black Widow (2021), released in the same year just one month previous, Natasha in What If…? was voiced by actress Lake Bell.

And Bell might be back in the re-casted Black Widow role as early as next year.

Will Black Widow be back in the MCU?

Speaking to The Direct, What If…? production designer, Paul Lasaine, revealed that some elements of this year’s Black Widow feature from director Cate Shortland will make a comeback in the next season of the series.

The first season — which is made up of nine episodes — was meant to debut with 10 but due to the pandemic, the series was reduced to nine. Season 2 will also feature nine episodes and Lasaine has confirmed at least one of the stories will feature Black Widow in some fashion. Kevin Feige also confirmed earlier this year that Season 2 of What If…? will feature Phase 4 movies.

This may not be confirmation that Bell will be back as Natasha Romanoff — the Black Widow movie did feature multiple new characters like Yelena Belova (Florence Pugh), Melina Vostokoff (Rachel Weisz), and Alexei Shostakov AKA Red Guardian (David Harbour) — so the upcoming story could be about them or about more of Natasha’s backstory. However, Lasaine’s comment mentioning the “woman with the red hair” does pose the question of whether one of the original Avenger’s time in the MCU is all said and done, and whether Bell will be back to voice the popular character in the Marvel Universe.

Black Widow’s entry into What If…? came amid the unraveling controversy of the Johansson vs. Disney lawsuit. The actress sued The Walt Disney Company for matters relating to Black Widow‘s simultaneous movie release in theaters and on Disney+ Premier Access — something Johansson states broke her contract regarding her salary for the movie and box-office earnings. The lawsuit is ongoing with Disney seeking arbitration to keep the matter behind closed doors.

Do you hope to see Black Widow back in the MCU? Let us know in the comments!