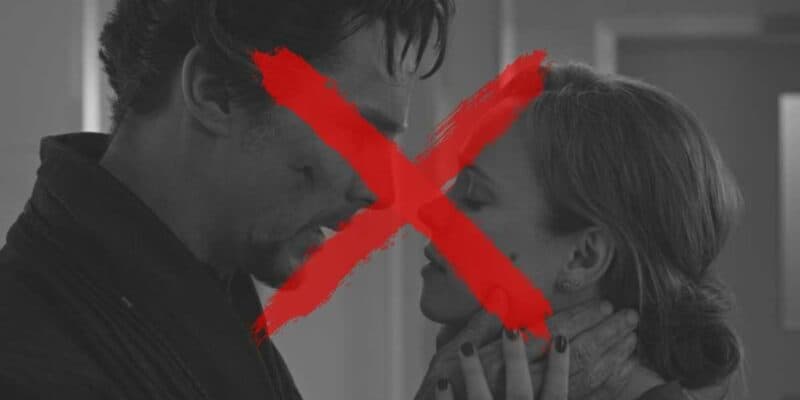 Another week, another Marvel story.

Marvel’s What If…?, the newest Disney+ television show from Marvel Studios and its first canon animated series, brought back another familiar face this week in the form of Benedict Cumberbatch’s Doctor Strange. However, in a very dark and tragic episode, Marvel killed off a major character — Strange’s love, Dr. Christine Palmer.

Marvel’s What If…? plays with the notion of asking what if major events in Kevin Feige’s Marvel Cinematic Universe had happened differently. Taking inspiration from the Marvel Comics series of the same name, as well as other stories like Marvel Zombies (yes, zombies), the latest Disney+ show sees our beloved MCU characters in alternate realities.

So far, the series has seen Hayley Atwell’s Peggy Carter take the super-soldier serum instead of Steve Rogers — played here not by Chris Evans but by voice actor Josh Keaton — to become Captain Carter in this alternate universe. Then, the late Chadwick Boseman began his final outing as T’Challa for the Marvel Universe in an emotional episode that saw him become What If…?‘s version of Star-Lord, not Black Panther, replacing Chris Pratt’s, Peter Quill.

Last week, saw the Earth’s Mightiest Heroes return in an episode that saw Black Widow (Lake Bell) enter the animated world along with other Avengers including  Thor (Chris Hemsworth), Bruce Banner AKA Hulk (Mark Ruffalo), and Tony Stark AKA Iron Man — the latter voiced by Mick Wingert and not Roberty Downey Jr. who made the character globally famous during his long tenure in the MCU.

**Spoilers ahead for What If…? Episode Four, “What If…Doctor Strange Lost His Heart Instead of His Hands?**

Now, the latest entry into the MCU’s animated series — which, by the way, seems to be more crucial to the expanding Marvel Universe than first thought — sees Cumberbatch’s fan-favorite Sorcerer Supreme, Dr. Stephen Strange, return to the Multiverse.

The episode plays on the pivotal moment from director Scott Derrickson’s 2016’s Doctor Strange. The Phase 3 Marvel movie’s turning point came after the renowned neurosurgeon had a car crash leaving him unable to operate, thus leading him to train in the Mystic Arts where he meets the Ancient One (Tilda Swinton), Karl Mordo (Chiwetel Ejiofor), and Wong (Benedict Wong). Not only did Dr. Strange leave his surgical world behind but also his fellow surgeon and former lover, Dr. Christine Palmer (Rachel McAdams).

It is Stephen’s and Christine’s relationship from the Marvel film that provides the moment on which What If…? explores, as the title suggests. Episode Four begins with Stephen losing Christine in a car accident instead of his hands, leading the character to Kamar-Taj to practice the Mystic Arts. Here, he discovers the Eye of Agamotto, and two years later uses the artifact to go back in time and bring Christine back to life. He fails every time.

Tragically, the events of the episode left the Marvel Universe torn apart and established another darker Doctor Strange in the MCU — Doctor Strange Supreme.

It also left Marvel fans reeling from emotions. Let’s check some out.

*me after watching episode 4 of What If*

*me after watching episode 4 of What If* pic.twitter.com/5SBO6AIl7r

Another post from FlowerPower (@LongLiveCorgis) commented on the tragic episode.

I’ve been really enjoying the #WhatIfMarvel stories, but The episode with Doctor Strange was too grim and gut-wrenching. We had to watch an episode of #DugDays just to lighten our spirits.

I’ve been really enjoying the #WhatIfMarvel stories, but The episode with Doctor Strange was too grim and gut-wrenching. We had to watch an episode of #DugDays just to lighten our spirits. @whatifofficial

Sab (@xlostforeverxx) shared their thoughts, sharing heartbreaking stills from the What If…? episode.

Another Twitter user, Morningstar (@Robinzbank), revealed their feelings about Stephen’s and Christine’s relationship.

Watching this Doctor strange what if.. And let me just say when he tells christine “i only want you” …my heart… stop marvel #WhatIf

Watching this Doctor strange what if..
And let me just say when he tells christine “i only want you” …my heart… stop marvel #WhatIf pic.twitter.com/PDO7ishexr

Dom (@Kingramen98) relished in the new direction of the Marvel Universe.

Episode 4 of What if had no business being that sad. Favorite episode sp far keep up the amaizng [sic: amazing] work! #WhatIf #WhatIfMarvel #DoctorStrange#CloakofLevitation @Marvel @MarvelStudios @whatifofficial

Episode 4 of What if had no business being that sad. Favorite episode sp far keep up the amaizng work! #WhatIf #WhatIfMarvel #DoctorStrange #CloakofLevitation @Marvel @MarvelStudios @whatifofficial

The various alternate realities — which are all told by the show’s narrator, The Watcher (Jeffrey Wright) — will continue to be explored throughout the rest of series of nine episodes.

Cumberbatch’s Doctor Strange will return next year in Sam Raimi’s Doctor Strange in the Multiverse of Madness (2022), but not before his appearance in the superhero film, Spider-Man: No Way Home (2021). Cast members like Rachel McAdams (Christine Palmer), Benedict Wong (Wong), and Chiwetel Ejiofor (Kal Mordo) will also return alongside the Cumberbatch’s Avenger, joined by Elizabeth Olsen (Wanda Maximoff/Scarlet Witch) and Xochitl Gomez (America Chave/Miss America).

Did you watch the latest What If…? Let us know in the comments below!