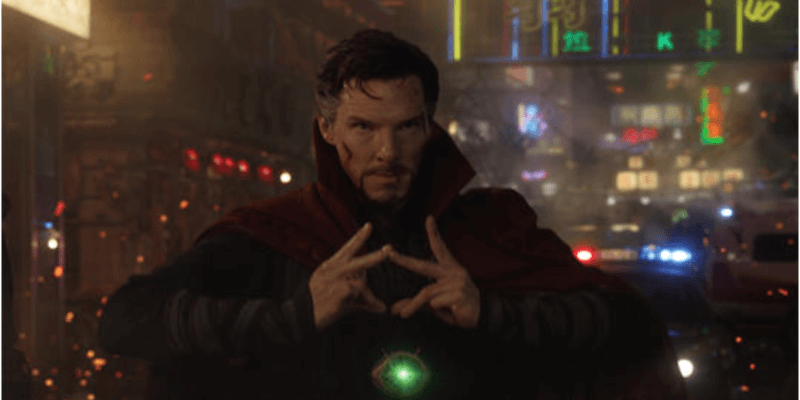 Per recent reports about Marvel’s upcoming series What If…?, which is set to debut on the Disney+ streaming platform on August 11, Doctor Strange actor Benedict Cumberbatch had been recast by an unknown new cast member.

However, it appears that Cumberbatch will be reprising his role in the new animated series. Per CBS-owned ComicBook.com:

…it was confirmed today that Scarlett Johansson (Black Widow [Natasha Romanoff]) is also not involved with the series and that Tom Holland won’t be voicing zombie hunter Spider-Man. However, there are plenty of names to be excited about, including Benedict Cumberbatch (Doctor Strange) and Don Cheadle (War Machine [James Rhodes/Rhodey]).

Fans will be especially excited to see Cumberbatch on the line-up considering it was already revealed that Marvel’s What If… would feature an episode about “dark” Doctor Strange.

It is also worth noting that Robert Downey, Jr. (Tony Stark/Iron Man), Elizabeth Olsen (Wanda Maximoff/Scarlet Witch), and Tom Holland (Peter Parker/Spider-Man) are not included in the What If…? line-up. The full cast list has been revealed on IMDb.

It is unsurprising that Downey, Jr. and Johansson are not returning to voice their Marvel Cinematic Universe characters in this animated endeavor. RDJ previously confirmed his MCU exit, saying he had “done all I could” with Iron Man.

Johansson, for her part, recently filed a $50 million lawsuit against The Walt Disney Company, citing breach of contract for the release of her standalone film Black Widow (2021), which simultaneously hit theaters and Disney+ Premier Access on July 9, 2021.

The return of Cumberbatch as Dr. Stephen Strange, though — who will appear in Doctor Strange in the Multiverse of Madness (2022) with Olsen next year — is, as ComicBook noted, thrilling for fans. Rachel McAdams, who played Dr. Christine Palmer in Doctor Strange (2016),  is also on the cast list, so she is likely to appear in the Doctor Strange-centric episode as well.

What do you think about this new information that Benedict Cumberbatch actually will reprise his role as Doctor Strange in What If…??