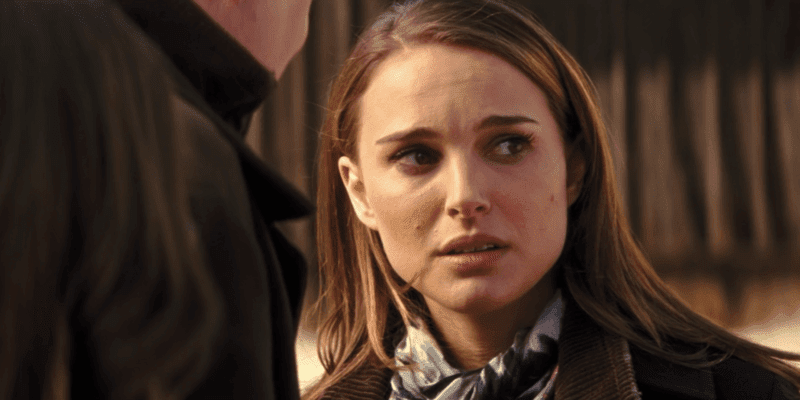 If you really try to listen, you can probably still hear the screams from Hall H of the San Diego Comic-Con after director Taika Waititi announced Natalie Portman’s return to the Thor franchise. And not only was Portman announced to be back as Jane Foster but she will also take on the role of the Mighty Thor in the upcoming sequel, Thor: Love and Thunder (2022).

It’s been quite quiet on the Asgard front in terms of Portman’s character but in a now-deleted Instagram, the first look at her new God of Thunder has been revealed.

Natalie Portman’s Jane Foster first arrived in the Marvel Cinematic Universe alongside Chris Hemsworth (Thor) and Tom Hiddleston (Loki) in Kenneth Branagh’s Thor (2011) film. Playing the role of Jane Foster — an astrophysicist and love interest of the titular God of Asgard –, Portman reprised her role in the Thor sequel, Thor: The Dark World (2013).

She was absent from Taiki Waititi’s Thor installment, Thor: Ragnarok (2017), leaving Jane and the Avenger’s story pretty much open-ended. Aside from a mention in Avengers: Endgame (2019), Marvel fans have been left wondering what really went down between the couple.

Well, as Kevin Feige and Waititi announced in 2019, Portman is back as Jane Foster in the fourth Thor Marvel movie, Thor: Love and Thunder. More excitingly, the Academy Award winner will be bringing the Mighty Thor — the first female Thor — into the MCU canon.

Nothing has been seen or said about how Jane Foster will take up the helm of this famous comic book character and begin wielding Mjolnir, but with Waititi at the helm, it is sure to be electrifying.

A new crew leak has given fans their first look at how Jane Foster might look in the next film in the Thor franchise where she is set to become the new owner of Thor’s hammer. Sharing to Twitter, the unofficial fan account, Thor: Love and Thunder News (@loveandthundernews), captured images of crew merchandise from a now-deleted Instagram post.

This came from a t-shirt that a crew members shared from wrapping on the movie. They also shared the Thor art from the other day as well as three other shirts featuring art from the comics! (Third shirt personalized with quotes about the tech they used)

This came from a t-shirt that a crew members shared from wrapping on the movie. They also shared the Thor art from the other day as well as three other shirts featuring art from the comics! (Third shirt personalized with quotes about the tech they used)

What’s exciting about this leak is that it not only showcases the Asgardian trio together for the first time but shows that Jane Foster’s Mighty Thor superhero looks very much like her comic book incarnation.

While Marvel’s costumes have always paid homage to their comic predecessors, it wasn’t really until Anthony Mackie’s Captain America arrived earlier this year in The Falcon and the Winter Soldier, that Marvel fans saw an almost like-for-like representation of their literary counterparts. This points to another exciting chapter in the Marvel Universe’s history as the Mighty Thor finally makes her live-action debut.

Stoll’s character, Darren Cross/Yellowjacket seemingly died in the first Ant-Man movie but with Lily having deleted the hashtag and then the complete post in a short space of time, this leak suggests he may be back in the upcoming movie.

Waititi’s Thor: Love and Thunder recently wrapped — Hemsworth shared this rather shocking photo of his new look to make the announcement of the finished fourth installment — and fans can expect it to land in theaters next year. The fourth Thor installment also introduces Christian Bale’s Gorr the God Butcher and brings back the Guardians of the Galaxy — Star-Lord actor, Chris Pratt, and Karen Gillan (Nebula) have been seen on the set.

Did someone say Asgardians of the Galaxy?

Are you excited about Natalie Portman’s Thor return?