If you haven’t stolen something from a Marvel set, you haven’t totally earned your place in the MCU. Just ask Chris Hemsworth and his multiple Mjolnirs that he now owns. So when Tom Hiddleston was interviewed on Jimmy Kimmel to promote Loki, Kimmel made sure he asked what kind of prop Hiddleston might have stolen of his own.

Although the host was hoping Hiddleston would have something more exciting or even more interesting than Hemsworth’s hammers (like “knives” or “horns”) what the actor actually stole was something unexpected — a black and grey scarf.

Kimmel, upon seeing the scarf, was confused, telling Hiddleston he didn’t remember what it was. He was the only one, though — longtime fans knew exactly what the scarf was, and some of them were even embarrassed for Kimmel’s lack of Loki knowledge.

if tom keeping the scarf of #Loki doesn't make you emotional i don't what will pic.twitter.com/e9PSRz25F5

look at genuinely happy he was when he showed the loki scarf !!! he's so cute ? #loki pic.twitter.com/SQn5oJhNf7

For those who still can’t figure out what the scarf is, Loki wears it when he comes down from Asgard to visit Thor in the first movie. Kimmel wasn’t too impressed, and it’s understandable – it’s not the flashiest of props. But it’s certainly sentimental, especially knowing how Thor and Loki’s relationship unfolds over the MCU films, and Hiddleston apparently feels that if he’s going to possibly get in trouble for stealing something, at least it’s something that he’ll get use out of.

Despite playing Loki for almost a decade, Hiddleston remains fond of the character and cherishes the times he gets to put on the mischievous grin and long dark hair. 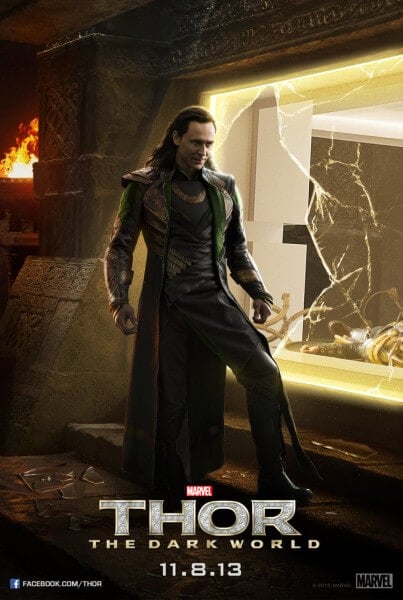 “There’s no question that the reason I am allowed to continue to play him is because he clearly means so much to so many people and for so many different reasons. And that is incredibly gratifying for me. And I see that as a-a big honor,” Hiddleston said during the press conference for Loki. “I think over time, I’ve been made aware of the different things that he represents for people. Some people enjoy his playfulness and his spontaneity and that inherent sense of mischief that he has. Some people enjoy his kind of quality as an antagonist. Some people probably can’t stand him. I don’t know, but I know there are some people who are drawn to his vulnerability and underneath all those layers of charm and charisma and playfulness is a kind of vulnerability, I suppose.”

Even if all Hiddleston took from the set is a scarf, it’s a part of Loki he appreciates — you can’t ask for an actor who loves a character more than that. Now, will the scarf show up in the series? Time will tell…

What do you think of Hiddleston taking Loki’s scarf? Let us know in the comments!