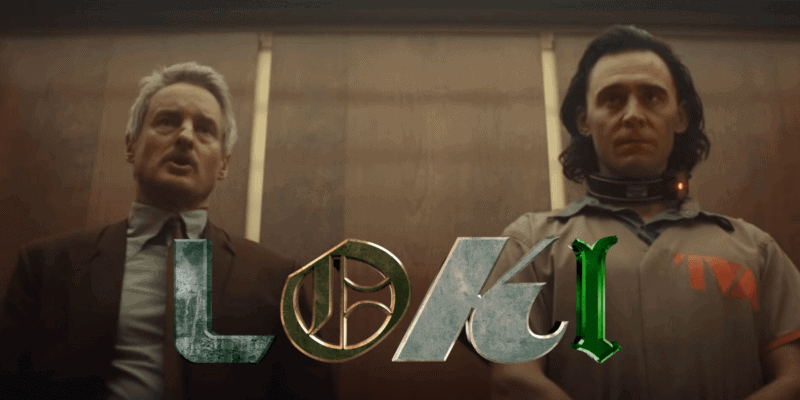 Loki, the third Disney+ show to enter the television branch of the MCU, debuted early Wednesday morning to mostly critical acclaim and excited Tom Hiddleston fans who have waited years to see their favorite character take the spotlight.

Loki only aired its pilot episode, which sometimes can make it hard to determine what the trajectory of the show is as first episodes tend to set up a lot of backstory and exposition. But the first episode gave fans an intimate look behind the minds and emotions of everyone’s favorite Asgardian, and a lot of reactions were centered on the feelings fans had about seeing their favorite character deconstructed for the first time.

During the Loki press conference, Hiddleston said that “what I love about the series is Loki is stripped of everything that’s familiar to him. Thor is not close by. Asgard seems some distance away. The Avengers, for the time being, aren’t in sight. He’s stripped of his status and his power. And, if you take all those things that Loki has used to identify himself over the last six movies, what remains of Loki? Who is he within or outside all of those things? And I think those questions became, for all of us, really fascinating to ask. What makes Loki Loki? And, if there is something authentic or, something that the center of him, can-is he capable of growth? Is he capable of change? Do his experiences within the TVA give him any insight into who he might be? This mercurial shapeshifter who never presents the same exterior twice.”

Suffice to say, even though there wasn’t a lot of plot to unravel in the first episode the way fans are used to doing with WandaVision, viewers are thrilled with what they’ve seen so far and are happy with how the show is handling Loki’s character and diving into it so heavily.

We can’t wait to see how the God of Mischief’s journey expands over the next five weeks. Let’s take a look at how fans of Loki responded to the show’s first episode.

When loki realized him and thor have a good relationship my heart ? pic.twitter.com/8SouYMq2it

Thorilla had an emotional response to the debut episode of the MCU’s new series:

Fabian Nicieza loved the direction the show is going:

WELL, THAT WAS A REALLY D*** GOOD FIRST EPISODE OF #LOKI! Without even realizing it, Owen Wilson channeled so many aspects of the original TVA Agent Mark Gruenwald, that it was heartwarming to watch.

WELL, THAT WAS A REALLY DAMN GOOD FIRST EPISODE OF #LOKI!

Without even realizing it, Owen Wilson channelled so many aspects of the original TVA Agent Mark Gruenwald, that it was heartwarming to watch.

Meanwhile, Dark Widow also tapped into the emotional side of the show:

This side of #Loki…it’s just so emotional. He was always a good guy on the inside.

This side of #Loki …………… it's just so emotional?
He was always a good guy on the inside….? pic.twitter.com/B4sMNugpAG

A Twitter user going by Saff summed up what most fans seem to think about this deeper look at Loki:

One thing I do love, Loki is not powerless at the TVA. He is cunning and fast. He thinks of his feet. He manages a few things others clearly have not. They made him the intelligent being he is.

One thing I do love, Loki is not powerless at the TVA. He is cunning and fast. He thinks on his feet. He manages a few things others clearly have not. They made him the intelligent being he is. ?#Loki Spoiler – ish (scroll fast!)

What did you think of the Loki premiere? Let us know in the comments!