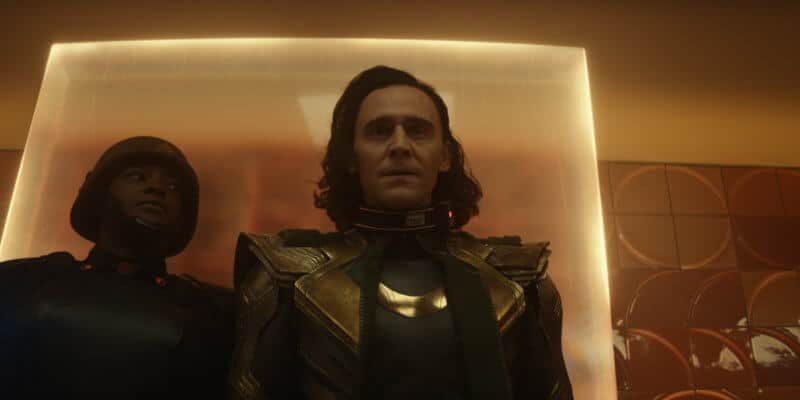 The new Disney+ series Loki, which debuts on Wednesday, July 9, continues Marvel’s tradition of producing engaging, smart, and unique content spun out of the confines of the Marvel Cinematic Universe. Loki may be a time travel show, but it’s also a mystery and a comedy — a combination of things that you probably wouldn’t expect from the God of Mischief.

During a press conference with Loki‘s cast and crew, Marvel head honcho Kevin Feige admitted that when Loki (Tom Hiddleston) met his end at the hands of Thanos hand in Infinity War (2018), he didn’t know they were making a series. However, he acknowledged that “we did know it when we shot Endgame, so it became very exciting to make people wait.”

Now, fans of the character will get to see a focus on Loki like never before. Set after Loki escapes from his original fate in Avengers: Endgame (2019) during a botched time travel mission, the show finds the Asgardian tangling with the TVA, AKA the Time Variance Authority, a bureaucratic group of individuals whose job is to make sure time stays on track. Loki’s seemingly innocent disappearing act has caused multiple variants to run loose, and now those variants are attacking Time Hunters.

Owen Wilson’s Mobius is tasked with teaming up with Loki to help figure out how to restore the timeline.

For Wilson, stepping into the folds of the MCU was more than a little exciting. “Seeing the trailer start to come out and how excited people get…the secrecy surrounding this I didn’t quite understand until I saw that the fan base is so revved up and passionate. Marvel’s just so committed to trying to surprise people so then you get into it,” Wilson said during the press conference.

While director Kate Herron and showrunner Michael Waldron reflected on the influences that shaped the new series, noting that the movies Se7en (1995), Silence of the Lambs (1991), Zodiac (2007), and director David Fincher were big influences in the writers room, Waldron took it one step further.

“I was just thinking Loki is DB Cooper, that’s all I was thinking. Just the opportunity for chaos and fun within that just seemed like it would be a great time,” Waldron said about how he approached the series when he first heard it was happening. “So I went after it.”

Loki is not only beloved in the MCU — the character has decades worth of comic history to pull from. The show might not open all of the storylines Loki has had over the years, but it will introduce some prominent players — namely, Ravonna Renslayer.

Gugu Mbatha-Raw told press that the show is more of an origin story for her character than working through established history, saying “it predates some of the stuff in the comics. All that stuff is there but there is also the opportunity to feel like I’m starting something fresh with the TVA that hasn’t been seen before by fans on the screen,” she said, before teasing “there’s so much potential for her in the future as well.”

As for Hiddleston, who has portrayed the character for multiple films, he’s excited for fans new and old to finally see the character on a different scale.

“What I love about the series is Loki is stripped of everything that’s familiar to him. Thor is not close by. Asgard seems some distance away. The Avengers, for the time being, aren’t in sight. He’s stripped of his status and his power,” Hiddleston explained. “If you take all of those things Loki has used to identify himself over the last six movies, what remains of Loki? Who is he within or outside of those things? I think those questions for all of us became really fascinating to ask. Is he capable of growth? Is he capable of change? Do his experiences with the TVA give him insight to who he might be? I hope the audience get a kick out of where we might go.”

Are you excited to see Loki? Let us know in the comments!