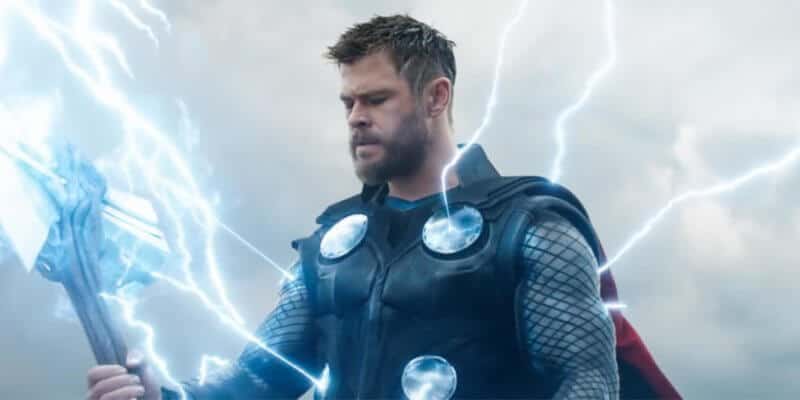 When actor Chris Hemsworth’s God of Thunder debuted in 2011’s Thor, the world was introduced to the relative newcomer. Now, you can’t have Marvel without Thor, and by association, Hemsworth. The character has become a fan-favorite of Kevin Feige’s Marvel Cinematic Universe.

Hemsworth’s Avenger went on to star in two sequels — Thor: The Dark World (2013) and Thor: Ragnarok (2017), as well as all four installments of the Avengers crossover movies. Thor is back next year in Taika Waititi’s, Thor: Love and Thunder (2022), and to celebrate the film wrapping filming, the Australian actor shared a shocking new photo.

Waititi is back directing the fourth Thor movie, Thor: Love and Thunder, and the filming of this highly anticipated MCU follow-up has just wrapped. Fans will remember Hemsworth’s Thor look in the conclusion to the Infinity Saga, Avengers: Endgame (2019), after losing the battle against Thanos (Josh Brolin) in Avengers: Infinity War (2018), and failing to bring everyone back from the Snap.

However, it seems Hemsworth is once again back with the bulging Mjolnir-wielding biceps and his new physique is shocking Marvel fans. And no, despite Hemsworth’s son — who he shares with his wife Elsa Pataky — being a huge Superman fan, the Hollywood star isn’t dressed in the red cape of the famous DC hero.

Sharing with his followers on Instagram, the Thor star not only revealed his new look but also confirmed that Thor: Love and Thunder had wrapped. Standing alongside director Taika Waititi — who also plays Korg –, Hemsworth jokingly said it was “national no flex day”, before going on to say:

“The film is gonna be […] crazy off the wall funny and might also pull a heart string or two. Lots of love, lots of thunder!”

Hemsworth’s transformation for this next entry to Asgard in the Thor franchise ignited the Marvel fandom, with reactions flooding in to discuss Thor’s shocking new look.

chris hemsworth could snap me in half and I’d say thank you pic.twitter.com/lvWD3pA50m

Another tweet from @blurayangel commented on Thor’s next nemesis:

Reminder that Christian Bale is fighting Chris Hemsworth in THOR: LOVE AND THUNDER

The Batman actor will star as the villain, Gorr the God Butcher, in his MCU debut. Thor: Love and Thunder will also see Natalie Portman reprise her role as Jane Foster, albeit this time she will also take on the role of the Mighty Thor. Russell Crowe has also been confirmed to be playing Zeus in the next Asgardian adventure, and the Guardians of the Galaxy will return alongside Hemsworth, too.

He looks like an 80s action figure, LITERALLY https://t.co/PhBWWpINL0

CHRIS HEMSWORTH GOT JACKED FOR THOR LOVE AND THUNDER OMG

Another Twitter user who goes by the name @ilovetwilight, shared their view on the new Thor:

god is a woman and she knew exactly what she was doing when she made chris hemsworth pic.twitter.com/QafDgHRyaR

Director Taika Waititi also shared the photo of Hemsworth and himself. Waititi said:

“Sometimes two people come together to inspire the world and change the cinematic landscape forever. And then there’s me and @chrishemsworth who are too cool to care about anything except making movies that bring people absolute joy. Ok I don’t look cool I know that. This film is the craziest thing I’ve ever done…”

The hype continues to build for the next Thor entry into the Marvel Cinematic Universe. But, if the almost one-year wait is too long, Marvel fans can expect to see Thor soon in the new animated What If…? series — which considers the MCU’s biggest storylines from a different angle.

Or, if it’s live-action that you’re after, Thor’s brother — fan-favorite God of Mischief — Loki, is back in his own self-titled series focusing on the Multiverse beginning June 9 on Disney+.

What are your thoughts on Chris Hemsworth’s new Thor look?