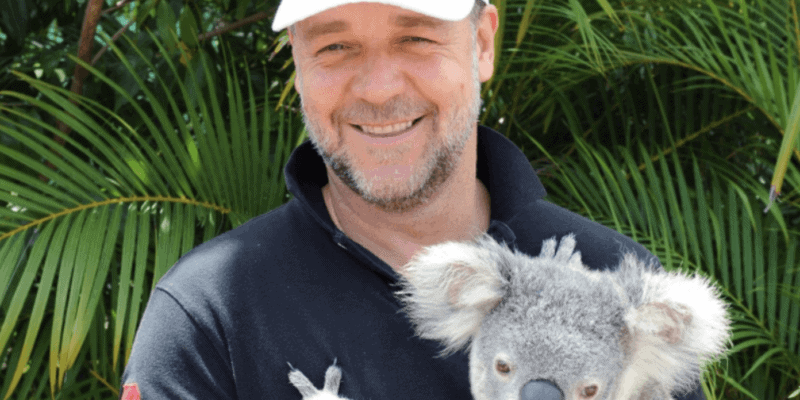 A-List actor and Academy Award winner, Russell Crowe (Gladiator, A Beautiful Mind, The Insider), has had a long career in Hollywood. Just recently, it was confirmed that the star would be appearing in the upcoming Marvel Studios film, Thor: Love and Thunder (2022).

Now, Crowe himself has confirmed that he has wrapped his scenes for the Taika Waititi directed flick. The actor spoke to the JOY 94.9 radio station and said, “I’m gonna get on my bicycle. I’m gonna ride up to Disney Fox Studios, and around about 9:15 I shall be Zeus!”

Crowe confirmed he was filming for the new Thor MCU movie and also shared that he planned to have a lot of fun with his last day in costume, “It’s for Thor. It’s my last day of Zeus-ing about and I’m going to enjoy it.”

Russell Crowe has revealed his role in Thor: Love and Thunder

Previously, Chris Hemsworth stated that Thor: Love and Thunder will be a “very different kind” of movie in the Marvel Cinematic Universe.

Thor: Love and Thunder is the sequel to Thor: Ragnarok (2017) and the fourth film in the Thor franchise. In addition to featuring Crowe as Zeus, the movie is set to bring back Natalie Portman’s Jane Foster/Mighty Thor and Tessa Thompson’s Valkyrie, plus include multiple Guardians of the Galaxy characters, including Chris Pratt (Peter Quill/Star-Lord) and Nebula (Karen Gillan).

Other famous names, such as Melissa McCarthy (Hela) and Christian Bale (villain Gorr the God Butcher) have also been cast in the Marvel Studios project.

Related: Say What?! Screenwriters Reveal Cap Couldn’t Lift Mjolnir in Age of Ultron and Why

We last saw Avenger Thor in Avengers: Endgame (2019), when he let himself go entirely — hi, “fat Thor” — before joining the Guardians crew on the Benatar.

If you’re interested in seeing more of what Crowe has been up to in Australia while filming, check out his official Twitter account, where he has been sharing landscape photos on a regular basis.

Are you excited to watch Russell Crowe as a character in Kevin Feige’s MCU? What are you hoping to see in the fourth installment in the Thor franchise?