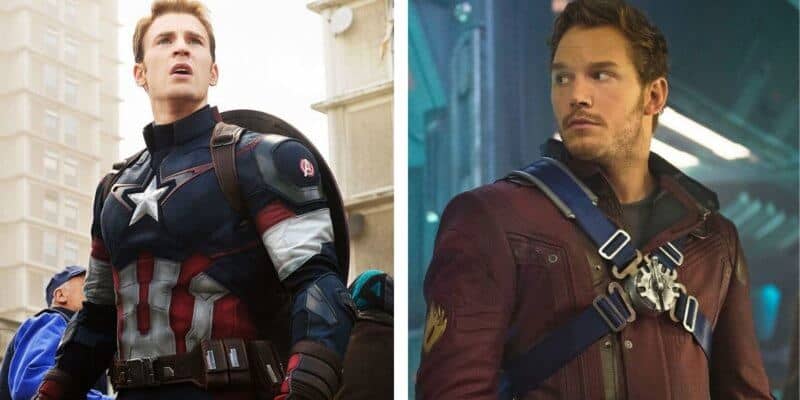 As you already know, MCU and Disney fans are always brainstorming and thinking of new fan theories to try and connect the films together.

Fans of the Marvel Cinematic Universe have filled the internet with clever and absolutely fascinating fan theories that could actually turn out to be correct. But there is one fan theory, in particular, that is standing out.

Is Star-Lord the grandson of Captain America?

Reddit user u/Chill_bishop has a well thought out theory that suggests Star-Lord is, in fact, Captain America’s grandson. But how?

Well, actress Laura Haddock played two crucial roles in the MCU. The more known role is Meredith Quill, who is the mother of Peter Quill in the Guardians of the Galaxy films. But, what a lot of people may have forgotten is that before she took on this role, she also played a minor part in Captain America: The First Avenger.

Haddock appeared as a Captain America fangirl who actually gets an autograph from the Avenger.

And now, Reddit user u/Chill_bishop is boldly saying that Haddock’s original character is actually Meredith Quill’s mother. But that’s not all because what if this extremely quick “meeting” wasn’t actually a “meeting”? What if they actually went on to see one another and they actually had a small connection.

Of course, the result of this suggests that “they had a one-night stand and she got pregnant, then later met the man that plays his grandfather in the first guardians.”

You can read his full fan theory here:

I think that Captain America, is Peter Quills biological grandfather. (MCU) from FanTheories

Of course, all of this is only just a fan theory, but it isn’t uncommon for MCU fan theories to come out as true. Directors and film writers of MCU and Disney movies have actually come out to confirm some of the most famous fan theories.

What do you think of this fan theory? Do you think Star-Lord could be Captain America’s grandson? Let us know your thoughts in the comments.

Comments Off on Is Star-Lord the grandson of Captain America? This fan theory thinks so!