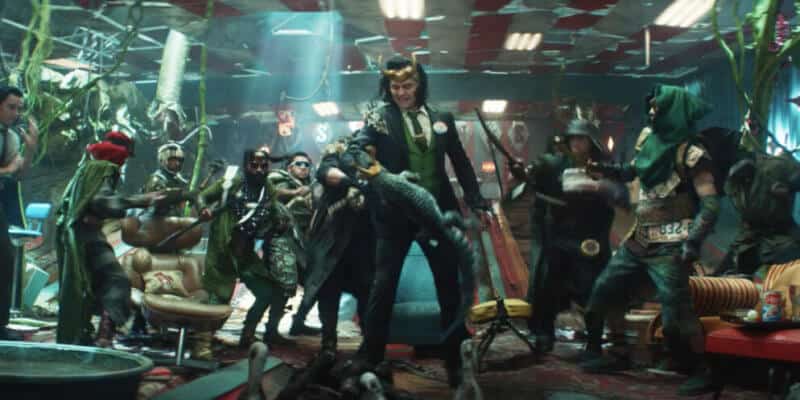 Now that Marvel’s latest hit series, Loki, has come to a close for Season 1 on Disney+, many fans of the show are likely discussing their favorite aspects of it. But, what about Loki himself? Let’s take a look at what Tom Hiddleston’s favorite park of Loki was.

Tom Hiddleston has played Loki for years now; however, the Disney+ series is the first time his character could shine in a “leading-man” sort of way. Typically, Loki has appeared in various Thor and Avengers movies. Hiddleston is also a producer on his series, which makes it even more impressive for the actor.

Like many other Disney productions, Loki was his by the pandemic during filming, which caused an added layer of difficulty when it came to completing the project. Still, looking back on that, it seems it is what Hiddleston is most proud of. Tom explained:

“That there was meaning in the making of it. That we crossed the finish line in the middle of a global pandemic and could create something, and more than ever, I felt really grateful for being able to do this job. I think in this there are some of those questions that we were all asking ourselves in the last 18 months in the show, you know, what do our lives mean?”

Hiddleston also was glad to have made the friends he did from the show.

“I love taking Loki in new directions. I love the contributions of my fellow actors, of Owen Wilson and Sophia Di Martino and Richard E. Grant and Gugu Mbatha-Raw, and Wunmi Masaku, they all brought so much to the table, and I’ll always remember that”

Loki has just been renewed for Season 2, which fans are quite excited about after seeing the Season 1 finale. Although I personally have yet to watch the final episode, it seems that it has left its audience with many questions, which another season can likely answer.

Wasilmanzoor  (@wasilmanzoor) is one of many fans who have a million questions.

Me to @Marvel after finished watching #Loki finale

Me to @Marvel after finished watching #Loki finale pic.twitter.com/0kJa5HU0q5

The majority of Twitter discussing the show is full of spoilers, so we will not burden you with more comments in an attempt to keep the ending a secret for at least today! However, one thing is certain: viewers are shocked and have been very moved by the series that Hiddleston is so proud to have created.

What is your favorite aspect about Loki? Let us know in the comments below.

Comments Off on Tom Hiddleston Reveals His Favorite Part of ‘Loki’