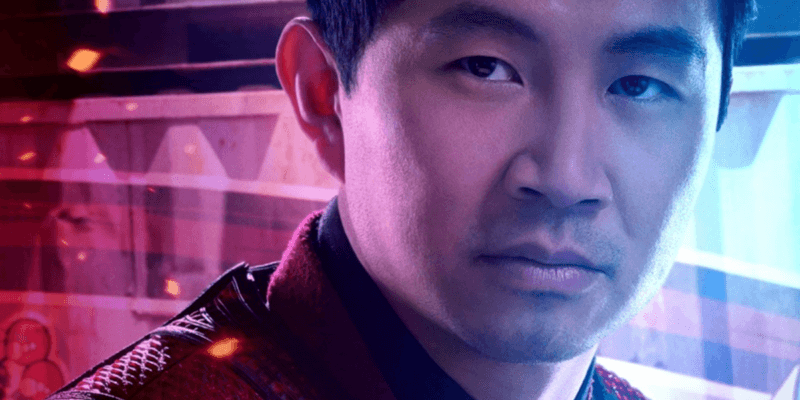 As the release of the long delayed Shang-Chi and the Legend of the Ten Rings finally approaches, Marvel Studios is ramping up the promotion for the highly anticipated debut of Simu Liu as Shang-Chi, one of the vanguards of Marvel’s Phase 4 theatrical re-emergence from the pandemic. Read on to learn how Marvel is introducing Shang-Chi into the Marvel Cinematic Universe, and learn the character’s history and abilities.

Following the chaotic excitement that has come with the Multiverse being unleashed on Disney+ series Loki starring Tom Hiddleston, as well as the sensational controversy caused by Scarlett Johansson’s very public beef with Disney and Marvel Studios surrounding the simultaneous digital and theatrical release of Black Widow (2021), Marvel fans are eager to learn what’s next for the Marvel Cinematic Universe.

A new TV spot for Shang-Chi and the Legend of the Ten Rings was released on August 7, and showcases tons of action, while giving us new glimpses of Simu Liu as Shang-Chi, and Tony Leung as The Mandarin. Check out the new trailer below.

Related: Will ‘Shang-Chi’ Premiere Simultaneously On Disney+ and In Theaters?

History of Shang-Chi in the MCU

Created by Steve Englehart and Thanos originator Jim Starlin, Shang-Chi debuted in the pages of Marvel Comics in 1973. The Shang-Chi character came about as Marvel sought to create a hero similar to the protagonist of the popular TV series of the time, Kung Fu. Originally intended to be the son of pulp villain Fu Manchu — then licensed by Marvel — the Shang-Chi of Marvel Comics was presented as a Kung fu master who worked alongside Britain’s MI-6 to take down Shang-Chi’s father and his vast criminal empire.

In the Marvel Cinematic Universe, Shang-Chi (Simu Liu) is again presented as a Kung fu expert butting heads with his criminal kingpin father. In the MCU, however, the offensive stereotype character Fu Manchu has been excised. In his place, Shang-Chi’s father will be The Mandarin played by Tony Leung, as confirmed by Marvel’s Shang-Chi and the Legend of the Ten Rings (2021) trailer. The iconic comic book villain, The Mandarin, was teased by Iron Man 3 (2013) starring Robert Downey Jr. In this film, however, The Mandarin was ultimately being revealed as a spacey actor and imposter played by Ben Kingsley.

How did Shang-Chi become a superhero?

Trained by his criminal mastermind father to be a devastating hand-to-hand combatant, proficient in nearly all forms of martial arts, Shang-Chi’s life changed while on a mission to destroy an old enemy of his father. Coming into contact with a British spy, Shang-Chi learned the true nature of his father’s criminal empire and vowed to destroy what his father had built.

In the Marvel Comics of the 1970s and early 1980s, Shang-Chi rose in popularity as his Kung fu fighting exploits led to his own Marvel Comics title The Hands of Shang-Chi, Master of Kung Fu that featured other Marvel street-level heroes of the time like Iron Fist, and Luke Cage. After years of relative obscurity in Marvel Comics, Shang-Chi was once again brought to the forefront in 2010’s Secret Avengers arc by Ed Brubaker. In Secret Avengers, Shang-Chi’s parentage was revised for the first time, with Fu Manchu replaced by Zheng Zu, an immortal wizard. Shang-Chi’s powers were also updated in his modern re-creation of the character, giving him the ability to duplicate himself, while augmenting his Kung fu skills with Stark technology.

What are Shang-Chi’s goals?

As production of Shang-Chi and the Legend of the Ten Rings ramped up, Marvel Comics sought to feature the character more prominently. A limited series saw Shang-Chi taking over his father’s villainous Five Weapons Society, vowing to transform it into a force for good. A new Marvel ongoing series that began this year follows Shang-Chi as he attempts to remake the Five Weapons Society, which may hint at the character’s trajectory in the Marvel Cinematic Universe — swapping Zheng Zu for the Mandarin as Shang-Chi’s father.

Actress Michelle Yeoh — who portrays Jiang Li in Shang-Chi and the Legend of the Ten Rings — has revealed some insight into the journey of Shang-Chi (Simu Liu). In a recent interview, Yeoh described her role as the protector of a mythical city, who guides young people to understand and protect history — and possibly the Multiverse — telling Collider,

“These young people come in and they have to learn how to protect history, and to protect not just this world but the worlds that are around us from the demons that are locked away. So it’s magic, it’s reality, so many things happening and it’s a lot of fun.”

Strengths and Weaknesses of Shang-Chi in the MCU

What are Shang-Chi’s skills and abilities?

Marvel describes Shang-Chi as a “supreme hand-to-hand combatant,” and a “living weapon.” His skill with Kung fu and most other forms of martial arts are unmatched in the Marvel universe. Shang-Chi’s implied participation in a martial arts tournament in the Shang-Chi movie — with other Marvel Cinematic Universe Easter egg characters like Wong (Benedict Wong) and the Abomination (Tim Roth) — signals that his fighting supremacy will transfer to the MCU as well.

Shang-Chi has the peak-human ability as an athlete and often opts to fight his enemies without weapons. Despite this, he is a master of martial arts weapons like nunchucks, swords, and shuriken. Shang-Chi also is a famously peaceful hero, who controls his “chi” through meditation, enabling to enhance his abilities in battle, while also being in complete control of his emotions.

What superpowers does Shang-Chi have?

While exhibiting a mastery of martial arts as well as over his own mind and body, it’s likely that the abilities and skills of Shang-Chi will be even further augmented in the Marvel Cinematic Universe by virtue of the film’s titular Ten Rings, or  “Ten Rings of Power.” In the trailer, Shang-Chi is briefly shown to be fighting a dragon underwater. It’s widely assumed that this Dragon is Makulan — giant alien dragons, like famed comic villain Fin Fang Foom.

If the film follows the comics, and the Ten Rings are brought to earth by a fallen Makulan spacecraft, then Marvel fans can assume we may see some of the same abilities the Rings have in the comics brought to the Marvel Cinematic Universe. The Mandarin wields the Ten Rings of Power in Marvel Comics, along with an impressive diversity of objectively very cool abilities, that include:

How Shang-Chi relates to other MCU characters

What other MCU characters are expected to appear in Shang-Chi?

Other Marvel Cinematic Universe characters confirmed to appear in Shang-Chi and the Legend of the Ten Rings include Wong (Benedict Wong), a master of the mystic arts who first appeared as an ally to Dr. Stephen Strange (Benedict Cumberbatch) in Doctor Strange (2016) and was also fighting alongside Iron Man and Bruce Banner sans Hulk in Avengers: Infinity War (2018) and eventually he participated in the climactic battle of Avengers: Endgame (2019). Benedict Wong described the experience of appearing in the first-ever Marvel movie with an Asian superhero character for the lead as being “sat at a table of Asian excellence.”

Marvel boss Kevin Feige has confirmed that the characters seen fighting in the martial arts tournament cage match in the teaser are Wong and Emil Blonsky — AKA the Abomination, presumably played by The Incredible Hulk (2008) actor Tim Roth. In the latest trailer for Shang-Chi and the Legend of the Ten Rings (2021) released on August 7, Shang-Chi (Simu Liu) is seen fighting a villain with a blade for a hand. This character is presumed to be Razor Fist, a Marvel Comics antagonist of Captain America.

What is Shang-Chi’s relationship with the Avengers?

At this point, it’s unclear how Shang-Chi will relate to the Avengers of the Marvel Cinematic Universe. In Marvel Comics, Shang-Chi is a frequent collaborator of the Avengers, even becoming a member of the core Avengers team prior to the events of Marvel Comics crossover storyline Secret Wars. Perhaps, Marvel fans could see Shang-Chi wind up an Avenger in the Marvel Cinematic Universe moving forward.

How was Shang-Chi introduced to the Marvel Cinematic Universe?

Way back in September 2005, Marvel CEO Avi Arad announced Shang-Chi as one of ten properties being developed by the then-brand-new Marvel Studios. Iron Man came out in 2008, and as the Infinity Saga came together, the Shang-Chi idea was placed shelved. Then in 2018, Marvel fast-tracked the development of a Shang-Chi feature. Marvel Studios has stated their firm commitment to diversity — including Asian representation — and wanted to begin incorporating new perspectives into the MCU, hoping to follow the critical and financial success of Black Panther (2018) starring the late Chadwick Boseman.

Where Shang-Chi fits in the MCU timeline

When do the events of Shang-Chi take place in the MCU timeline?

Will you be in theaters for Shang-Chi opening weekend? Let us know in the comments!

Comments Off on Who Is Shang-Chi in the MCU?