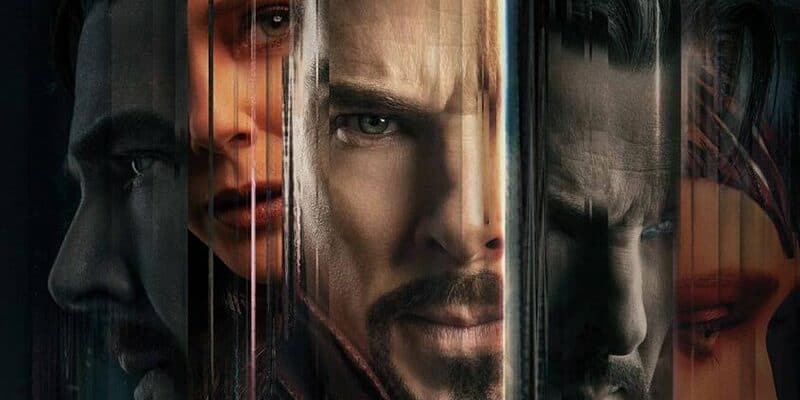 Over a month ago, Marvel fans got to see Spider-Man No Way Home when it debuted on December 17, 2021 and the post credits scene revealed a teaser trailer for Doctor Strange In the Multiverse of Madness, which is due to hit theaters on May 6, 2022. From there, fans have been excited to see Benedict Cumberbatch return as Doctor Strange in the upcoming sequel to face the consequences of his actions after No Way Home. Even if Spider-Man’s sacrifice saved the world, it seems that it was short-lived with the ending of the trailer revealing that Doctor Strange will be facing his What If…? variant.

It has also been rumored that Multiverse of Madness will have several cameos from previous Marvel movies before the Marvel Cinematic Universe existed with Tobey Maguire rumored to appear leaving fans excited to see who else might join the once Sorcerer Supreme.

Marvel Alum, Sam Raimi is the director working on the highly anticipated sequel,  which releases in theaters in a few months. Sam Raimi is well known by Marvel fans for directing the Tobey Maguire Spider-Man Trilogy. When asked in an interview with Variety about what stage the film was in, Raimi responded:

“I wish I knew the answer to that question,” Raimi said, responding to the question of whether the movie was complete. “I think we’re done, but we just cut everything. We’re just starting to test the picture and we’ll find out if there’s anything that’s got to be picked up.”

That’s not the response anyone wants to hear with the amount of excitement there is for the film, but Raimi continued by saying:

“If something’s unclear or another improvement I can make in this short amount of time left, I’ll do it. One thing I know about the Marvel team is they won’t stop. They’ll keep pushing it until it’s as close to being great as it could.”

Related: Everything You Need to Watch Before Seeing Doctor Strange in the Multiverse of Madness

It is true that Marvel has been known to work on their film even when they are in theaters as some scenes of Spider-Man No Way Home was released after the initial release in theaters leaving some fans to experience the same scene differently. Most of the time, the editing groups for the film work tirelessly to make sure every aspect of the film is what the fans expect and deserve.

Doctor Strange had his fair share of time helping Tom Holland’s Spider-Man with a spell that backfired causing Tom Holland to team up with other Spider-Men like Tobey Maguire and Andrew Garfield to take on villains such as the Green Goblin, Doctor Octopus, Electro, The Lizard, and Sandman.

Related: Tom Holland’s Spider-Man Was Almost Missing Something Crucial In No Way Home

Related: Andrew Garfield Reveals He Knew About Spider-Man: No Way Home For YEARS

What we know so far is that Doctor Strange has asked the Scarlet Witch played by Elizabeth Olsen to join him as he begins to unravel what is truly happening with the multiverse as it seems the Once Sorcerer Supreme doesn’t know what to expect or who to trust. America Chavez will be joining the MCU who is played by Xochitl Gomez as well as the new Sorcerer Supreme Wong played by Benedict Wong. A returning character from the first movie is Mordo played by Chiwetel Ejiofor with rumors of many more cameos appearing.

Again, Doctor Strange In the Multiverse of Madness releases in theaters on May 6, 2022.

Are you worried about the state Multiverse of Madness is in? Let us know in the comments below.