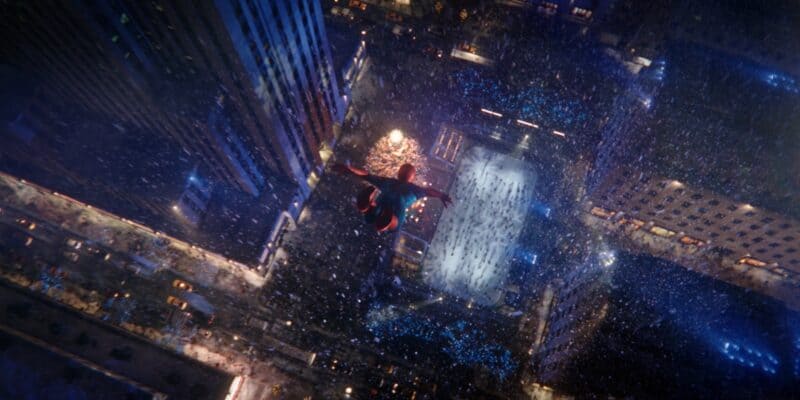 Jon Watts’s Spider-Man No Way Home — which hit theaters on December 17, 2021 — is still the talk of many Marvel fans due to all the amazing things in the film. A month later, concept art and behind the scene moments are being revealed. Some of the VFX team has shared about their process of making sure every hero and villain in No Way Home met the quality that the fans expected.

Peter Parker faces the biggest challenge he has yet with his identity being revealed to the world by Mysterio which has hurt his friends and ruined his life as Peter Parker, Spider-Man No Way Home is the latest movie in the Marvel Cinematic Universe with Peter Parker having help from his girlfriend MJ (Zendaya) and best friend Ned Leeds (Jacob Batalon) to save the world from villains such as Green Goblin (Willem Dafoe), Docto Octopus (Alfred Molina), Electro (Jamie Foxx) and more from other corners of the Marvel Multiverse.

When it came to Tom Holland’s suit the VFX team explained in an interview that they had a larger project than expected due to filming changes:

Tom Holland’s new suit on the other hand had its own set of challenges. During principle photography, filmmakers decided that Tom’s character was going to have what would be called the “Hybrid Spider-Man Suit”. So for our sequences, we replaced the practical suit Tom was wearing in camera with a newly designed digital suit. His new digital suit is composed of fabric with metallic inlays and overlays all woven together. Replacing Tom’s suit in every shot was a very laborious process which involved various in-house techniques across many departments in order to ensure the final look would hold up to intense scrutiny. It was critical to our filmmakers that this new digital Hybrid Spider-Man suit accurately mimic Tom Holland’s subtle underlying muscle movements, twitches and physical interactions with onset actors.

Related: Andrew Garfield Reveals He Knew About Spider-Man: No Way Home For YEARS

It is hard to imagine Tom Holland without his integrated suit due to its new design and how it blended the Iron Spider suit and Far From Home suit perfectly together. There was a lot of work to make sure every muscle behind the fabric was authentic which was another challenge when it came to Peter and his friends for the VFX team:

There are so many subtle things Tom does when he’s physically interacting with Ned and MJ. All the suit wrinkles and physical compressions when he hugs someone, these were captured in camera, and now had to be duplicated in this new digital suit. A relatively straightforward blue screen shot now took on an additional level of complexity because of the suit replacement. We’d start the process by matching to the set lighting, then proceed with highly accurate rotomation to match all the physical interactions he might have with MJ, Ned or Doctor Strange, or his environment. Things you take for granted, like, suit wrinkles or compression of his feet all needed to be matched to the plate photography. When filming an actor all these subtle details are captured in camera, but when the actors body is replaced with a digital body, all the subtle nuances need to be duplicated and put back into the shot.

More About Spider-Man No Way Home

Doctor Strange in the Multiverse of Madness releases May 6, 2022 in theaters.

Do you like Spider-Man’s Integrated Suit? Let us know in the comments below!