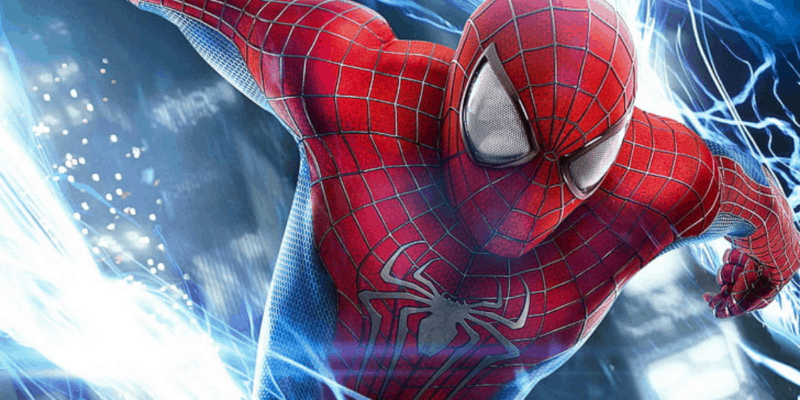 The Marvel Cinematic Universe is introducing one of its newest villains, Electro, this Winter in Spider-Man: No Way Home. With so many villains and Marvel Characters to remember, we’ve made an easy guide to learning who Electro is and why he’s Spider-Man’s deadliest villain.

Maxwell Dillon (AKA Electro) is one of six members comprising the Sinister Six. The electrifying villain holds a prominent part in Marvel comics and made his live-action debut in Andrew Garfield’s The Amazing Spider-Man 2 (2014). Conducting electricity through his body, Electro can shoot lightning from his fingertips and propel himself along magnetic lines of force in objects with great electrical power.

Maxwell Dillon/Electro’s backstory is tamer of that of most villains in the Marvel Universe.

Maxwell Dillon was born in Endicott, New York, the son of Jonathan and Anita Dillon. As a child, Max often moved from one town to the next due to his father Jonathan’s difficulty in holding down steady employment. One day Jonathan Dillon announced he was running off with another woman and left Anita and Maxwell to fend for themselves. This resulted in Anita becoming overprotective of her son. After Maxwell graduated high school he announced his plans to go to the university to pursue a degree in electrical engineering. Anita, not wanting her son to become a failure like his father, lied that he was rejected from college. Instead she suggested he find work at the local electric company, which Maxwell pursued instead, getting a job as a lineman.

When Maxwell was 24 years old, his mother had a heart attack and died soon thereafter. Maxwell found a steady job with the electric company, but his income was limited. He soon started dating a woman named Norma Lynn, who was a billing clerk at the electric company, and they eventually married. While Maxwell did not want a woman like his mother, he found the opposite problem in Norma. She complained that she wanted a stable household with a good earner, and felt that Maxwell’s inability to abandon his lineman’s job for greener pastures was a liability. Soon she ran off with an engineer who could provide a life for her that Maxwell could not. The repeat of his parents’ failed relationship in his own life caused Maxwell to resolve to find a new woman. However, this would set events in motion that would soon culminate in a criminal career. Dillon resolved to find himself a trophy wife whom he could control with money and would probably not stray as did Norma, lest she be cut off. This mixture of pride and lust added a third deadly sin to Dillon’s attitude, greed, and he sought to find any way to stop “treading water” in life.

Like any character, Electro’s transformation story changes throughout which media tells his origin.

In Marvel Comics, Max becomes Electro after being struck by lightning.

One day when another lineman was in trouble, Maxwell agreed to save the man only if he would remark to the electric company about Maxwell’s heroism in hopes of a promotion.

Suddenly, a freak lightning storm hit their area, causing the lineman to fall and grant Dillon enhanced powers. Due to being in contact with the power lines when being hit with lightning, Maxwell Dillon experienced a body-wide mutagenic change to his nervous system.

According to Marvel Wiki, “Dillon found himself transformed into a living electrical capacitor, powered by the micro-fine rhythmic muscle contractions that normally regulate body temperature.”

In The Amazing Spider-Man 2, Jaime Foxx’s Maxwell Dillon — a massive Spider-Man fan who believes he and Spidey are best friends — falls into a tank full of genetically mutated electric eels. While falling, a freak accident occurs in which the entire lab in Oscorp (Dillon’s place of work) shorts out, causing live wires to fall into the tank with him.

Electro’s Hatred for Spider-Man and the Sinister Six

Dillon’s criminal actions resulted from a love for money. Powered by greed, guilt, and jealousy, Dillon pulled off numerous heists after adopting the overblown ego of a so-called super-villain.

Electro’s run would soon come to an end (multiple times) after Spider-Man enhances his suit to withstand electric shocks from Dillon.

Being bested by the web-slinging super hero Spider-Man, Electro joins the Sinister Six, a super-group of super-villains.

Unable to best the wall-crawler on his own, Electro often sought strength in numbers. Early in his career, he and five other members of Spider-Man’s rogues gallery united under the leadership of Doctor Octopus – brilliant, respected scientist turned tentacled terror. The inaugural incarnation of the Sinister Six also included the shifty Sandman; the illusion-casting Mysterio; the high-flying, lowdown Vulture; and Kraven the Hunter. The villains’ master plan: Pummel the wall-crawler one by one until one of them would manage to defeat him. The outcome: Spidey 6, bad guys 0.

Electro has a flurry of superpowers, most notably the ability of electrostatic energy generation (ability to generate 10,000 volts of electricity per minute!), lightning bolt projection, electrical conversion into enhanced physical strength, and electrical detection.

Aside from countless appearances in Marvel Comics against Spider-Man and with the Sinister Six, Electro made his live-action debut with Jaime Foxx’s portrayal of the character in The Amazing Spider-Man (2014).

Actor Jaime Foxx confirmed that his Electro is making his way over to the MCU in Tom Holland’s upcoming Spider-Man movie, Spider-Man: No Way Home (2021).

Scheduled for a December 17, 2021, theatrical release, the film will feature the return of Electro from Andrew Garfield’s Spider-Verse, as well as Alfred Molina’s Doc Octopus from Tobey Maguire’s Spider-Man movies.

The Multiverse will allow Electro and countless other villains from alternate timelines to jump into Tom Holland’s Spider-Man world, allowing the Sinister Six to make their live-action debut.

Get ready to watch No Way Home this December and see Electro reappear like never before!

Is Electro your favorite Marvel villain? Let us know in the comments below!