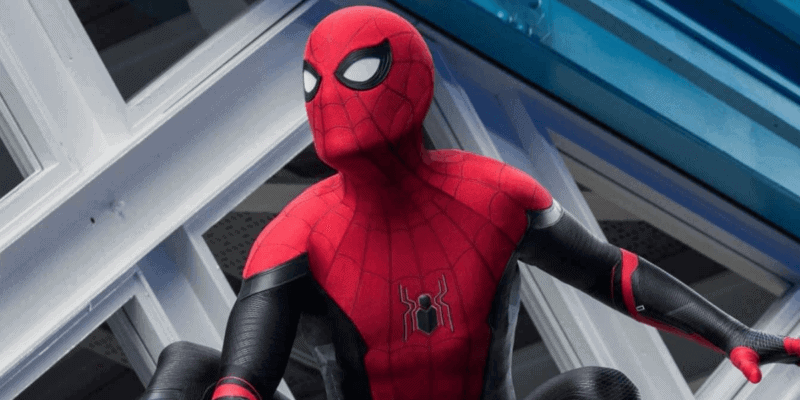 Everyone’s friendly neighborhood Spider-Man, AKA Peter Parker, is one of the most beloved characters in the Marvel Universe and Marvel Cinematic Universe. Now, with numerous actors having played the iconic character (the most recently done by actor Tom Holland), Spider-Man films are one of Marvel’s flagship heroes when it comes to box-office revenue and boasting a global audience.

It’s no secret that Sony Pictures own the film rights to Spider-Man and that their current deal with Marvel expires with Spider-Man: No Way Home (2021). It’s also no secret that The Walt Disney Company prizes Spidey like their favorite child and attempted to gain more rights to the character in 2019 but ultimately renegotiated their new terms.

But, what most don’t realize is that Disney is now in no rush to repurchase the rights to Spider-Man from Sony.

By the 1990s, Marvel was in a pickle. Slowly climbing out of bankruptcy and attempting to maintain a strong foothold in American audiences with comics and animated TV shows, Marvel was barely swinging by.

Before Disney purchased Marvel in 2009 for a reported $4 billion, famous characters like Iron Man, Captain America, Black Panther, and Captain Marvel were deemed “irrelevant” by most companies interested in claiming their stake in Marvel, including Sony.

Then, in 1998, Sony purchased the film rights to Spider-Man for a reported $7 million. Marvel offered the rights to nearly every one of their characters, including Iron Man and Ant-Man, for an astronomically low amount., but Sony was only interested in Peter Parker’s story.

Their contract stipulated that Sony release a new Spider-Man movie every few years, resulting in Sam Raimi’s Spider-Man trilogy with Tobey Maguire as the titular character.

This deal also spurred the sudden reboot of the franchise with Andrew Garfield under the mask in The Amazing Spider-Man (2012). This time around, however, Sony realized they lacked in selling tickets. Spider-Man 3 (2007) and the two Amazing Spider-Man films dragged in the box-office and didn’t do well with critics.

Then came the Marvel Cinematic Universe, which caused a huge problem (for Sony).

Now, Marvel is able to sell and profit off of Spider-Man toys, shirts, lunch boxes, and video games, while Sony is left with only box office revenue.

One year later, Avengers (2012) debuted in theaters and grossed over $1 billion worldwide — opening the doors to introducing more characters to the MCU, including Spider-Man.

Sony then formed a new deal with Marvel Studios and Disney, essentially “lending” Spider-Man to the MCU. This new deal would give Sony full creative control over solo Spider-Man movies, but Marvel Studios head Kevin Feige and crew would be the creative leads, taking care of casting, production, and marketing.

Moneywise, Sony kept 95% of the box office revenue while Marvel kept 100% of the merchandising profits.

Then, in 2019, Disney negotiated a 50/50 box office take with Sony, as well as split the film funding 50/50. A massive contract dispute erupts and Marvel nearly lost Spider-Man again.

Disney can’t just buy back Spider-Man, nor purchase Sony outright due to monopoly laws. Unlike gaining the rights to the X-Men and Deadpool when The Walt Disney Company acquired 20th Century Fox (now 20th Century Studios), Disney wouldn’t buy Sony to have Spider-Man under their umbrella.

Disney could attempt to purchase the movie rights to Spider-Man from Sony, but Sony has no incentive to do so. Sony has made billions in box office revenue over Spider-Man movies and wouldn’t dream of giving up their top earner considering their recent economic downturns.

In the end, Disney doesn’t need to buy back Spider-Man, nor do they necessarily want to. Sure, they would love to have complete control over Peter Parker, but they don’t need that.

The deal with “borrowing” Spider-Man in the Marvel Cinematic Universe is much more about boosting merchandising sales for Disney than it is for grossing huge amounts of box office revenue for Sony, so why have the added stress of box office success?

One day, Marvel may own the film rights to Spider-Man once again, but at the moment, Disney seems to be fine with sharing Spider-Man. With the recent movie licensing pact with Sony Pictures that will bring Spider-Man, Venom, and other Marvel properties to Disney+ starting with Sony’s 2022 releases, it seems that the two companies are in it for the long run.

Hopefully, one day, we’ll see more Tom Holland Spider-Man movies after Spider-Man: No Way Home, which was released on December 17, 2021.

What do you think of the Disney-Sony Spider-Man Deal? Do you think Disney should buy back Peter Parker? Let us know in the comments.