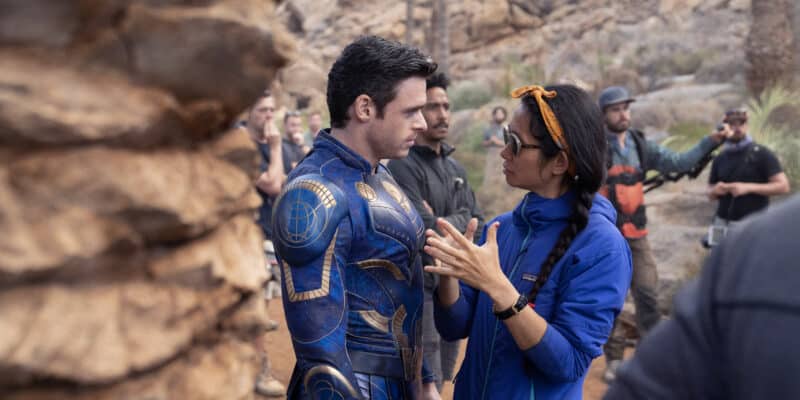 Now, via The Hollywood Reporter, Culture Crave has shared that this is not the case and Zhao actually has no plans to direct any Star Wars film in the foreseeable future:

In the comment section, many fans were thrilled by this news, with one commenter noting that Zhao “ruined” Eternals in their opinion — the fan and critical reaction to the Marvel movie has been mixed, so it is unsurprising that some people are happy about the news that Zhao won’t be joining the Star Wars franchise at this time.

Zhao — who has spoken out about Nomadland star Frances McDormand’s desire to join the Marvel Cinematic Universe — currently has no upcoming projects listed on her IMDb page.

As for Feige’s Star Wars project, there is the potential for it to be moved to an earlier Lucasfilm movie release slot, as Patty Jenkins’s Star Wars: Rogue Squadron was officially taken off the production schedule and has now been delayed indefinitely. Lucasfilm and The Walt Disney Company have not yet confirmed if Feige’s or Taika Waititi’s Star Wars movies will take the slot instead.

Related: Marvel’s Next Blockbuster Has Been Banned In Multiple Markets

The Marvel boss has been characteristically tight-lipped about his Star Wars movie. The closest he’s come to addressing the status of his project was in January 2021 — obviously prior to the Rogue Squadron delay — when he told Variety:

“We’re thinking that we’re not — that is, um — everything you’ve heard about [Michael Waldron] has been been leaked. It’s not stuff that we’ve officially announced or gotten into. So, suffice to say, the focus is on all the number of Marvel things we’re working on. The what, where, when and how of that [“Star Wars” movie], I don’t know. I’m excited for “The Book of Boba Fett,” and the “Rogue One” show, and the Obi-Wan show, and Patty’s movie, and Taika’s movie. [Smiles] After “Thor: Love and Thunder,” of course.”

Since then, it has been confirmed that Loki head writer Waldron will oversee Feige’s screenplay set in a galaxy far, far away.

Marvel’s Eternals is officially described as: