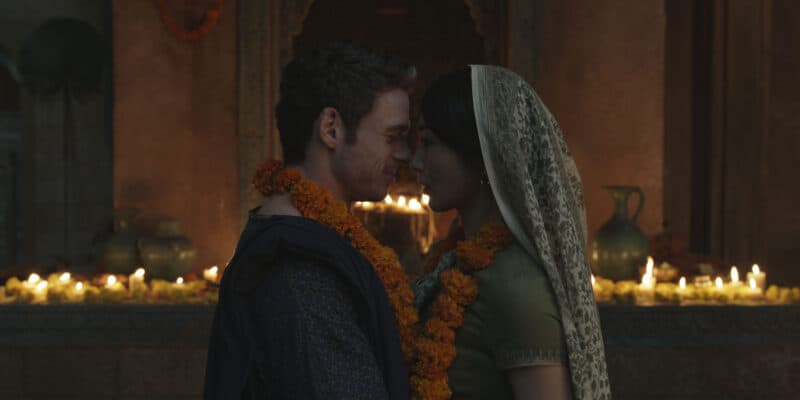 For years, Marvel fans were engrossed in the Infinity Saga — the 23 film story starring the Avengers — and the characters from these stories, from Carol Danvers/Captain Marvel (Brie Larson) to Captain America/Steve Rogers (Chris Evans) to the Incredible Hulk/Bruce Banner (Mark Ruffalo) to, of course, Iron Man/Tony Stark (Robert Downey, Jr.) became household names.

The Infinity Saga ended, however, with Avengers: Endgame (2019) and, while we’ve seen the return of certain fan-favorite characters — like Wanda Maximoff/Scarlet Witch (Elizabeth Olsen) and Vision (Paul Bettany) in WandaVision and Sam Wilson/Falcon (Anthony Mackie) and Bucky Barnes/Winter Soldier (Sebastion Stan) in The Falcon and the Winter Soldier — the MCU’s Phase Four is officially moving in a new direction with the release of Marvel’s Eternals on November 5, 2021.

Eternals features both the MCU’s first sex scene and its first same-sex kiss — two things that got the film banned in certain Middle Eastern markets — and has already divided the fandom due to its departure from the family-friendly Avengers franchise.

Now — despite taking the number one spot with a $71 million box office intake on opening weekend — experts are noting that Marvel fans simply aren’t connecting to Eternals the way they have to other Marvel Cinematic Universe movies.

David A. Gross, who runs the movie consultancy Franchise Entertainment Research, estimates the negative reception to “Eternals” cost it a modest 10% in box office. He still sees superhero films as driving the recovery of theaters. Marvel movies account for the the top four openings of the pandemic.

“‘Eternals’ is by no means a problem,” Gross said in an email. “The film isn’t connecting the way every other Marvel film has, but the box office performance is solid and it maintains October’s level of business.”

Have you seen Eternals?