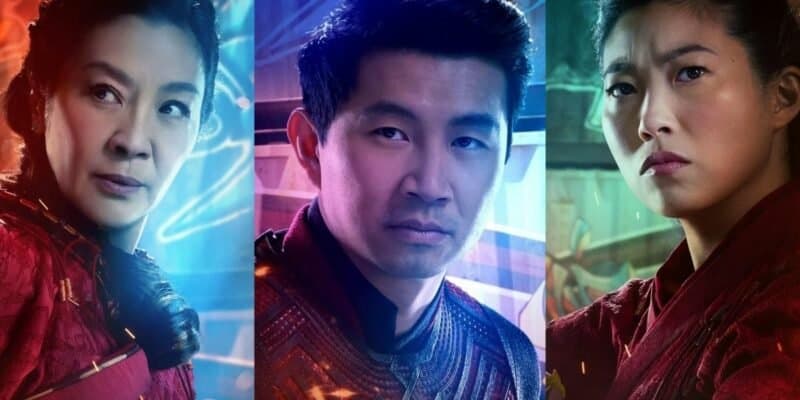 Shang-Chi’s theatrical debut is approaching quickly on September 3, 2021. Marvel Studios’ first Asian-led superhero film is already receiving rave reviews ahead of its 45-day theater run. Its release plan is a backtrack from the controversial day-and-date release of Black Widow and Marvel Boss Kevin Feige is doing damage control over the decision as audiences prepare to return to theaters and meet a whole new cast of Marvel characters.

The next film in Marvel’s Phase 4 is being celebrated for its diverse cast as it ushers a new wave of heroes and creators to the Marvel Cinematic Universe. So before you dig into your popcorn bucket, this guide will help you understand all the new superheroes, villains, and friends that are in store for you in Marvel’s Shang-Chi and The Legend of the Ten Rings.

Actors playing the primary characters of Shang-Chi for the MCU

The main character of Shang-Chi and The Legend of the Ten Rings is the titular Shang-Chi himself, played by noted stock photo star Simu Liu (Kim’s Convenience). Marvel officially describes the film and its primary characters as:

The cast will bring many Asian superheroes and villains from Marvel Comics to life in the MCU. Tony Leung’s Wenwu AKA the Mandarin is the leader of the criminal Ten Rings organization and Shang-Chi’s father. Their conflict will be the driving force of the Marvel film.

Who will be playing supporting roles in Shang-Chi?

Shang-Chi will be pulled back into the criminal underworld by his father. We know that he will be joined by his friend Katy (Awkwafina). Based on the trailers, Shang-Chi and Katy became friends during his time away from the Ten Rings organization and she will be serving as the comic relief and Marvel fan’s entryway to the new side of the Marvel Universe.

Katy is an original character for the Marvel movie that is not pulled from the Shang-Chi comic books. She was originally expected to be his powerless sidekick but character rumors and merchandise hint that she may bring a lot more to the table. Some speculate that she will have a hidden connection to a Chinese creature known as Dijiang, a mythological creature associated with the Chinese god of chaos, Hundun.

And Marvel Studios has confirmed that Doctor Strange (2016) actor Benedict Wong will bring his character to the film. He was revealed in a trailer that also showed the return of The Incredible Hulk (2008) villain Abomination (Tim Roth).

Also aiding Shang-Chi in his quest to take down his father and claim the Ten Rings of Power is his mother Jiang Li (Fala Chen) and aunt Jiang Nan (Michelle Yeoh). Jiang Li seems to have been inspired by one fiancé of the Mandarin, Mei Ling, and given some mystical powers of her own. Jiang Nan is a guardian of a mythical city who seems to be taking on a mentorship role for her nephew.

Shang-Chi has worked for UK’s Secret Intelligence Service in the comics since his run in the Master of Kung Fu (1974) comic after his initial debut in Special Marvel Edition #15 (1973).

In the comics, while working for MI-6 Shang-Chi fell in love with Leiko and worked to stop his father’s plans for world domination. He also confronted his half-sister, Fah Lo Suee, who wanted to take over the Ten Rings organization.

You might remember the Ten Rings organization from its first reference in Iron Man (2008) as that was the group that Obadiah Stane AKA Iron Monger (Jeff Bridges) hired to kill Tony Stark AKA Iron Man (Robert Downey Jr.). Or maybe you remember the fake Mandarin/ Trevor Slattery (Ben Kingsley) from Iron Man 3 (2013)?

The culturally problematic group is finally stepping out of the shadows – and Trevor Slattery may be returning with them. The group is led by the real Mandarin, Shang-Chi’s father Wenwu, and it is made up of a whole cast of other criminals.

Who are the Ten Rings characters in Shang-Chi?

In the comics, one of the main players in the Ten Rings is Fah Lo Suee, also known as Zheng Bao Yu – the Cursed Lotus, is Shang-Chi’s half-sister. For the film, it appears she has been renamed yet again as Marvel lost the rights to the original character and is now called Xialing. Xialing will be played by newcomer Meng’er Zhang.

It’s not clear if the Abomination has been working with the Ten Rings before his cage match against Wong but it has been confirmed that Florian Munteanu (Creed II) will play Razor Fist, the man with blades for hands that attacks Awkwafina’s Katy and Shang-Chi on the train.

Also confirmed is Li Ching-Lin AKA Death Dealer, a double agent who turned from MI-6 to work for the Ten Rings. Death Dealer is rumored to be played by stuntman Andy Le of Martial Club.

What is the Ten Rings organization?

The Ten Rings is a terrorist organization. Its origin and motives are shrouded in mystery. The branches of the group operate as individual cells with no communication between them. The name comes from the Ten Rings of Power that their leader, the Mandarin wields after they were recovered from the alien/dragon Fin Fang Foom’s spacecraft.

They have been a long-time antagonist of Iron Man from the comic books and have popped up in the background of the Iron Man films, including working with Iron Man 2 (2010) Ivan Vanko AKA Whiplash (Mickey Rourke). References to the past appearances could be among the MCU Easter Eggs hidden in the 25th film in the Marvel Universe.

The casting process for MCU’s Shang-Chi

Marvel Studios President Kevin Feige has said that he has wanted to make Shang-Chi and the Legend of the Ten Rings for 20 years. After it was initially announced the movie did not really seem to get traction until Simu Liu tweeted at Marvel asking for the part in 2018 saying “OK Marvel, are we gonna talk or what #ShangChi” – though Marvel maintains they were not aware of the tweet until after he was cast.

OK @Marvel, are we gonna talk or what #ShangChi

Before he was announced as the Master of Kung-Fu, Simu Liu was known as Jung from the Canadian sitcom Kim’s Convenience. And Feige later revealed to Rotten Tomatoes that he signed on late in the casting process and appeared at San Diego Comic-Con just a few short days after getting the lead role.

Why is the diverse cast of Shang-Chi important?

The diverse cast of Shang-Chi is very important for a variety of reasons. Marvel has come under fire for whitewashing characters like the Ancient One (Tilda Swinton) and not to mention the issues with characters like Iron Fist (played by Finn Jones on Netflix’s Iron Fist), who are white characters who appear to either “know more” or being “better” at Asians things than actual Asians.

Throughout the COVID-19 pandemic, which has delayed the release of the blockbuster film, there has been a rise of nearly 150% in Anti-Asian hate crimes in the United States. So Shang-Chi could not be coming at a better time for Marvel fans.

Shang-Chi and the Legend of the Ten Rings is full of an all-star cast that would normally lead to Box Office success, though it’s currently tracking for the lowest MCU opening at the Delta Variant surges. But whether you plan to wait for Shang-Chi to make its way to the Disney+ streaming platform you can already get more of from its stars right now.

What other TV shows and movies have Simu Liu appeared in?

Shang Chi star Simu Liu is most known as Jung from Kim’s Convenience, a Canadian sitcom on Netflix that is officially described as: “While running a convenience store in Toronto, members of a Korean-Canadian family deal with customers, each other and the evolving world around them.” It also starred Paul Sun-Hyung Lee, Jean Yoon, Andrea Bang, Andrew Phung, and Nicole Power.

He also appeared in the Taken series (2017) as Faaron and Blood and Water (2015) as Paul Xie. He will also make his way to the Star Wars Universe in the upcoming Star Wars: Visions as Zhima.

What other TV shows and movies have Awkwafina appeared in?

Awkwafina is a rising star. Most fans might have first heard of her in Crazy Rich Asians (2018) as Peik Lin Goh or Constance from Ocean’s Eight (2018). She also joined the cast of Jumanji: The Next Level (2019) as Ming and made her Disney debut in Raya and the Last Dragon (2021) as the voice of the dragon Sisu.

She’s coming back to the Disney family when she voiced Scuttle in the upcoming live-action remake of The Little Mermaid, which is post-production. And if you are not watching her in Awkwafina is Nora from Queens, you have made a big mistake in your life.

What other TV shows and movies have Michelle Yeoh appeared in?

Michelle Yeoh has been a crucial part of many films. Including her role as Eleanor Young Crazy Rich Asians with Awkwafina. She also played Yu Shu Lien in Crouching Tiger, Hidden Dragon (2000) and Wai Lin in Tomorrow Never Dies (1997).

This is her second Marvel role as she also played one of the original Guardians of the Galaxy, Aleto Ogord in Guardians of the Galaxy Vol 2. (2018). She is also a played Dr. Karina Mogue in Disney’s Avatar series. She hasn’t completed the Disney trifecta yet as she has appeared in Star Trek: Discovery (2017) as Philippa Georgiou and hasn’t made her way to Star Wars yet.