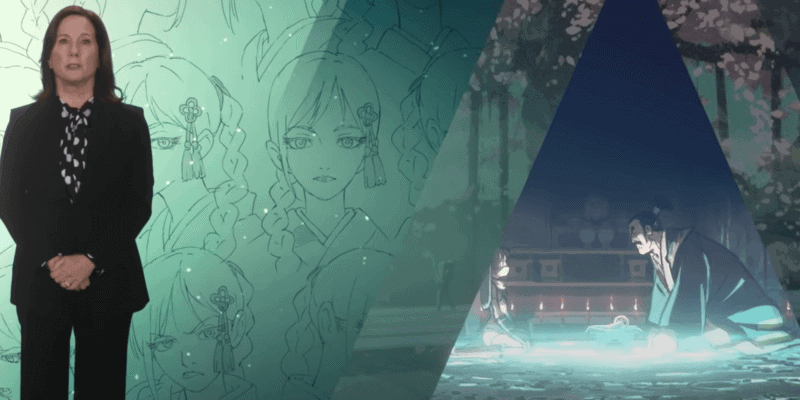 After a tumultuous end to its Skywalker Saga, Star Wars has found its sweet spot on the small screen. While it isn’t over for the big cinema-style Star Wars we’re so used to, Lucasfilm’s slate of new television projects is a feat to behold.

At the end of last year during Investors Day 2020, Lucasfilm President Kathleen Kennedy announced an impressive catalog of new Star Wars projects, and fans will get their first look at one of them this July.

With the world still in awe of The Mandalorian, it’s easy to forget the slew of other TV and film projects Lucasfilm has lined up. There’s The Book of Boba Fett, Obi-Wan Kenobi, Ahsoka, Andor, The Mandalorian Season 3 and the list goes on. Next up is Temuera Morrison’s The Book of Boba Fett, which will likely follow the eponymous bounty hunter — as well as his companion, Fennec Shand (Ming-Na Wen) — as they continue to collide with enemies on Tatooine. The Star Wars Universe just keeps growing.

Information regarding some of the other shows like Leslye Headland’s, The Acolyte, and Justin Simien’s original series, Lando, has been pretty sparse — as has news regarding one of Lucasfilm’s more adventurous projects, Star Wars: Visions, which is arguably one of its most interesting. It is the latter that Star Wars fans will get a first look at during the Anime Expo Lite.

Anime Expo took to Twitter to announce the exciting news:

Sneak peek of Lucasfilm’s #StarWarsVisions coming to #AnimeExpoLite this July!

The Expo will be hosting a panel with Lucasfilm where the brand new footage of Star Wars: Visions will be shared:

We are excited to announce that Lucasfilm will bring a galaxy far, far away to Anime Expo Lite this July with Star Wars: Visions – Sneak Preview.

StarWars.com also revealed what can be expected at the event:

Lucasfilm’s Star Wars: Visions is an upcoming anthology of animated shorts celebrating Star Wars through the lens of the world’s best anime creators and storytellers. Tune in for a sneak peek that will leave you excited for this all-new vision of the galaxy far, far away!

This is sure to bring excitement to the legions of Star Wars out there, not only because new content from the galaxy far, far away is always a big win for pop culture, but because Visions sees Lucasfilm tackle the franchise in a creative, experimental way.

Visions will also be Star Wars’ first anthology series — the episodes are in fact a sequence of short animated films that see Japanese Anime studios tackle the Star Wars galaxy through their unique animation lens. The upcoming Disney+ television show is likely to be one of Star Wars’ most diverse projects — part of the synopsis shares that Visions will “[offer] a fresh and diverse cultural perspective to Star Wars.”

This is likely to be welcome news as Lucasfilm hasn’t always found itself in the best situations when it comes to diversity. The controversy around John Boyega (Finn) and Kelly Marie Tran (Rose Tico) came to a head during the sequel trilogy’s run, resulting in Tran leaving social media amid fan backlash.

Visions will join Star Wars: The Clone Wars, Star Wars Rebels, Star Wars Resistance, and the latest entry, Dave Filoni’s The Bad Batch which premiered on Star Wars Day (May 4), in Lucasfilm’s growing slate of animated series. The anthology structure of Visions, as well as its Anime style, will make it a truly unique Star Wars experience. This really should be on your radar.

Are you excited to see this Visions sneak peek? Let us know in the comments!