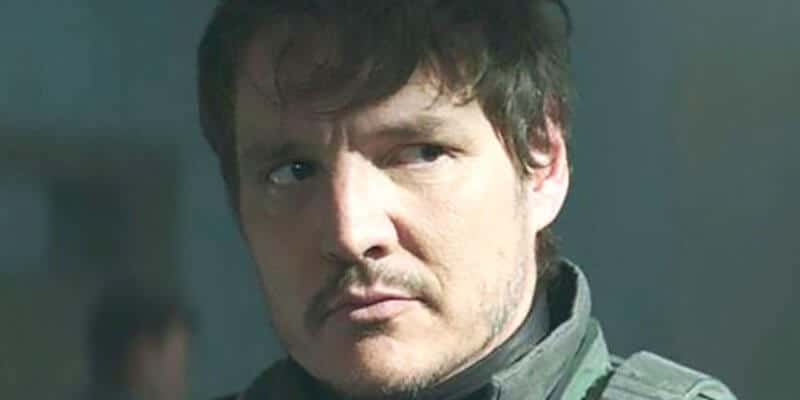 The Mandalorian is perhaps one of Star Wars‘ most beloved projects since Lucasfilm was taken over by The Walt Disney Company in 2012. It brought in a fresh, new anti-hero in the form of Pedro Pascal’s Din Djarin and introduced fans to the franchise’s cutest character — “Baby Yoda” AKA The Child or, as Ahsoka Tano uncovered, Grogu.

With two seasons wrapped and a third announced, director Jon Favreau has a lot to live up to in order to continue Mando’s small screen success. The Mandalorian season 3 may be a little while off, but it could mean a huge change in Din Djarin’s life.

The Mandalorian debuted in 2019 with the launch of Disney+, as their flagship original television show. The streamer quickly went on to challenge other streaming services like the popular Netflix, due to its exclusive Disney, Star Wars, and Marvel content. But, it would be The Mandalorian that would take the world by storm.

That’s not to mention the entrance of “Baby Yoda”, and other characters like Gina Carano’s Cara Dune — who as we know will no longer be working with Disney or Lucasfilm –, Carl Weathers’ Greef Karga and Giancarlo Esposito’s villainous Moff Gideon.

Din Djarin prides himself on his work with the Bounty Hunter Guild, never asking too many questions, but the arrival of The Child changed his ways forever. Instead, of following direct orders, the Mandalorian set out on a galactic quest to reunite Grogu with his rightful people — this would, of course, lead him to Rosario Dawson’s Ahsoka Tano in the second season, much to the delight of Star Wars Rebels and Clone Wars fans.

With Grogu in the hands of the Jedi Master Luke Skywalker — created memorably by CGI — and Boba Fett (Temuera Morrison) and Fennec Shand (Ming Na-Wen) seemingly taking over Tatooine, what could the famous bounty hunter be lined up for next? Well, a new theory has emerged that might just see a forgotten crime syndicate make their Star Wars canon debut in The Mandalorian.

Despite Din Djarin now owning the Darksaber after winning it in a duel from Moff Gideon and facing off against his dark trooper army, his incentive to rule Mandalore — as the rightful wielder of the Darksaber technically should — wasn’t particularly signaled in showrunner Jon Favreau’s Season 2 finale.

Instead, it felt more like a burden than a win for the Mandalorians. Someone else that’s keen to get her hands on the weapon is his ally, Bo-Katan Kryze (Katee Sackhoff), so chances are Din Djarin will relinquish the Darksaber to her, meaning she can finally rule Mandalore.

That means no Grogu and no Darksaber, and we can’t imagine the Mandalorian relaxing any time soon. The arrival of Legends’ Zahn Consortium could give Djarin his next purpose.

The Zahn Consortium first appeared in the Legends video game Star Wars: Empires of War: Forces of Corruption in 2006. As Inverse points out:

The Zann Consortium was named after Tyber Zahn a crime lord, rabble-rouser, and general bad boy with a vendetta against the Empire because he was expelled from the Imperial academy as a child. He was an equal-opportunity crime lord though and interfered with the Rebellion as well.

The theory goes on to say how Zahn’s interests, notably his influence among the crime rings of the Galaxy, in Empire of War: Forces of Corruption take place around the same time as The Mandalorian — that is, in the post-ROTJ era of the Skywalker Saga.

The Zahn Consortium is the perfect antidote for the fallow period that might follow the era of the Bounty Hunters Guild. Mando’s employment there would also offer a wide-eyed look at the underworld of the post-Empire galaxy. And who knows, maybe we’ll get a canon glimpse into Palpatine’s vaults and reveal some more Sith lore.

There’s a lot to unpack here. Palpatine, of course, returned in Star Wars: Episode IX – The Rise of Skywalker (2019), but his sudden entrance back into the Star Wars universe opened more questions than it did answers. What has he been doing all this time? Who is the Sith Eternal? Exegol who?! The theory could bring in elements of the Sith’s scramble for survival following the Rebel Alliance’s seeming win against their long-time foe.

Introducing Zahn would also lead the focus to show how the shifts in control of the galaxy continue to affect the people under their jurisdiction. Dave Filoni’s The Bad Batch is also heading this way too, it seems. Last week saw the comeback of two Clone Wars characters dealing with the aftermath of the Republic’s fall and the rise of Emperor Palpatine and the Empire as we know it.

The entrance of a new and interesting crime syndicate in The Mandalorian would also relinquish the need for the mission-by-mission structure of the bounty hunter series. While it is fun to see expanded parts of the galaxy, the weekly structure will likely not last into the third season. Director Jon Favreau might need to bring someone relatively unknown into the Star Wars canon in order to keep the momentum up on Lucasfilm’s premier show.

When The Mandalorian does air, it will join other Disney+ series, The Book of Boba Fett and Ahsoka in the same timeline. Rangers of the New Republic was supposed to be in this line-up too but Lucasfilm recently stated this production was “no longer in active development”. The series was supposed to follow Carano’s Cara Dune but her firing probably led to a huge reshape of the potential new series.

The Jedi Ahsoka is likely to be hunting Grand Admiral Thrawn, and Boba Fett and Fennec Shand will probably be on one destructive quest or another, but Din, his story got closure at the end of The Mandalorian Season 2 — so what next?

Where do you hope The Mandalorian Season 3 will go?