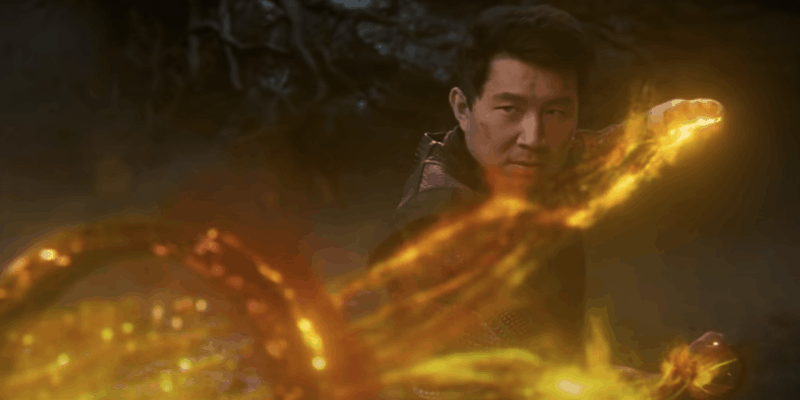 Next month Marvel Studios will debut its newest superhero, Shang-Chi, in Shang-Chi and the Legend of the Ten Rings (2021). First appearing in the 70s and created by Steve Englehart and Jim Starlin, Shang-Chi is one of the most competent fighters in Marvel history.

Here is your full guide to the Master of Kung Fu and how his powers may show up in the Marvel Cinematic Universe.

Shang-Chi’s skills and abilities in the MCU

What are Shang-Chi’s skills and abilities?

Shang-Chi is the son of the criminal mastermind, Fu Manchu (later renamed Zheng Zu) in Marvel Comics lore. His father, along with other tutors, raised Shang-Chi in China, training him in the way of multiple martial art disciplines and various philosophical beliefs. Unbeknownst to him, Shang-Chi was born via a woman genetically selected by Fu Manchu, with his destiny to become a warrior for his father’s evil pursuits. Due to his supposed birthright, Shang-Chi is an expert in martial arts, often selecting hand-to-hand combat instead of using weapons. Marvel has more to say on Shang-Chi’s skills and abilities:

A natural athlete as well as peace-loving and composed, Shang-Chi may be looked upon as a level-headed individual who practices meditation and inner-cleansing as arts within themselves. His use of chi, or internal energy, aids him not only in combat, but also in commanding his emotions in tense situations. This pronounced calm even allows him to dodge bullets.

What, if any, superpowers does Shang-Chi have?

Shang-Chi’s defining “power” is his use of martial arts, having bested numerous opponents without the use of any superhuman abilities. In some of his comic book appearances, Shang-Chi has gained powers like growing to a great size, duplicating himself, and most notably, gaining the powers based on the villain, Mandarin‘s, ten rings in the mainstream Earth-616 continuity.

How do Shang-Chi’s abilities differ in the comics and the movie?

With Shang-Chi and the Legend of the Ten Rings not releasing until next month, it is not known how both his martial arts combat and other potential superpowers will appear in the upcoming Marvel movie. What is suggestive though, is that Marvel will replace Fu Manchu/Zheng Zu with Wenwu AKA the real Mandarin (Tony Leung Chiu-wai) as Shang-Chi’s (Simu Lui) father. This teamed with the title itself points to Shang-Chi gaining at least some of the ten rings’ powers in the next MCU entry. In the comics, the ten rings’ powers include ice blasts, matter rearranging, disintegration beams, and lightning blasts, among others.

From both of Marvel Studios’ trailers of Shang-Chi and the Legend of the Ten Rings, we can ascertain that Shang-Chi’s impeccably powerful fighting skills will play a huge role in the film that builds upon the racial diversity of the MCU. The trailers also showed highlights of the ten rings in action so the potential for the titular character to take up those superpowers is ripe for the taking.

Most interestingly, the trailer saw the return of Wong (Benedict Wong) and Abomination (Tim Roth) in a Wong vs. Abomination moment.

It is not yet known exactly what martial arts disciplines will appear in the MCU’s Shang-Chi movie. In the comic books, Shang-Chi was a specialist in many fighting styles with a particular focus on Chinese martial arts. The character is known for his manipulation of chi — the ability to use focused energy to create powerful strikes and breakthrough difficult barriers.

What fighting styles is Shang-Chi skilled in?

Shang-Chi was originally introduced into the Marvel Universe as the Master of Kung Fu via Special Marvel Edition #15 — Kung Fu is a form of Chinese martial arts akin to karate. Shang-Chi is also a master at pressure point precision meaning he can incapacitate his enemies in one strike.

What weapons, if any, does Shang-Chi use?

Often opting to use hand-to-hand combat due to his extensive martial arts training, the character also wields weapons such as swords, nunchaku, shuriken, and staves. The Kung Fu master will also harness the abilities of the ten rings in the new MCU movie, although in what capacity is yet to be seen.

How Shang-Chi gained his skills in the MCU

Where did Shang-Chi receive his training?

In the comic books, Shang-Chi’s origin begins in China where he is taught from a young boy to become a martial arts master.

What was the purpose of Shang-Chi’s training?

The purpose of the martial artist‘s training was the entire reason he was born. Shang-Chi’s father trained him from infancy in the hopes that his innate martial arts skill could be used as a weapon against his enemies across the globe.

Who were Shang-Chi’s teachers?

Shang-Chi was trained by his father, Fu Manchu. After uncovering the truth of his father’s quest for world domination, Shang-Chi becomes allies with Sir Denis Nayland Smith — his father’s long-time enemy — and MI-6.

How were Shang-Chi’s skills represented in the comic books?

The main skills shown in the Shang-Chi comics are his use of acrobatics, gymnastics, and martial arts. However, throughout his tenure with the comic book publisher, Shang-Chi has taken on numerous other abilities. In the Spider-Island story arc beginning in The Amazing Spider-Man, Shang-Chi gains the abilities of Spider-Man after being infected with the Spider-Virus. Shang-Chi also utilized Pym Particles to grow to a huge size in the Marvel NOW! series Avengers World in 2014.

The Marvel superhero also gained the ability of most of the Mandarin‘s ten rings in a Secret Wars storyline before eventually gaining the skill of intangibility from his student Kitty Pryde. Yes, the X-Men.

How are Shang-Chi’s skills represented in the movie?

Through the footage shown in the Shang-Chi trailer, we can see that the eponymous character will showcase his acrobatic prowess as well as the fighting skills he is most well-known for. During a confrontation with the Mandarin, his father, the power of the rings can be seen in a visually stunning battle, although the energies depicted look slightly different from the very specific abilities of their comic book origins.

In a rather surprising clip, Shang-Chi is shown underwater facing a giant dragon. Marvel comic books fans will know that this beast is most likely one of the Makluans — the creatures who originally created the ten rings of power. While fans may see this to be the legendary shape-shifting dragon, Fin Fang Foom, a merchandise leak for Shang-Chi shows this dragon as being called The Great Protector. However, that name could just be a placeholder until Marvel is ready to reveal the official debut of the green dragon.

What are some differences between Shang-Chi in the comic books and the movie?

Perhaps the biggest difference we can ascertain from the trailer clips thus far, is that the Mandarin‘s ten rings are now actual objects in this MCU film, different from the Ten Rings terrorist organization seen in the Iron Man trilogy, and like the rings worn by the Mandarin from Marvel Comics. However, while the physical rings are present in Shang-Chi and the Legend of the Ten Rings, their design is seemingly different from their literary counterparts. Director Destin Daniel Cretton’s movie is opting for an enlarged version of the rings that can stack up the arms of their wearers.

Shang-Chi has had a rather tumultuous history throughout the years of Marvel Comics meaning the upcoming MCU film has a rich collection of storylines and action scenes to choose from.

The upcoming Marvel movie meets martial arts film will release exclusively in theaters in September with a 45-day theater run before Eternals (2021) drops in November. Disney recently said that it will be an interesting “experiment” in the wake of the Black Widow (2021) controversy. The MCU timeline continues to grow with the introduction of new Marvel heroes — like Simu Lui’s Asian superhero, Shang-Chi — as Phase 4 continues.

Will you be watching Shang-Chi and the Legend of the Ten Rings this September? Let us know in the comments!

Comments Off on Understanding Shang-Chi’s Powers in the MCU