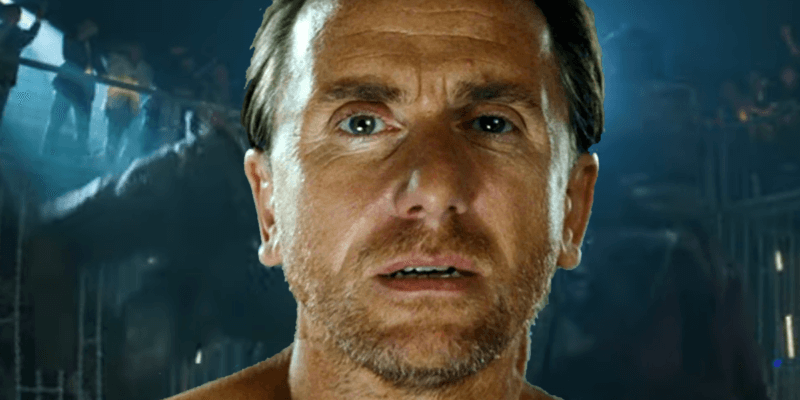 Marvel’s Shang-Chi and the Legend of the Ten Rings is in the final stretch before its release date on September 3, 2021. Marvel Studios just dropped the trailer and fans are already breaking down every frame. And a moment at the very end had jaws dropping across the internet when Wong (Benedict Wong) takes on Hulk villain, the Abomination.

Marvel fans are now asking where has Hulk’s Abomination been?

Emil Blonsky AKA The Abomination was played by Tim Roth back in The Incredible Hulk (2008) – the second film in the Marvel Cinematic Universe. The Incredible Hulk has been forgotten since Marvel’s Phase One, Bruce Banner AKA the Hulk was recast from Edward Norton to Mark Ruffalo in The Avengers (2012).

Thaddeus “Thunderbolt” Ross (William Hurt) was the only actor that made it from The Incredible Hulk to the current MCU canon. And the improvised post-credit scene featuring Tony Stark AKA (Iron Man Robert Downing Jr.) is one of the few moments that connect the Marvel movie to the Marvel Cinematic Universe.

Marvel’s Netflix series Luke Cage, which is not officially MCU canon, is one of the few properties to reference The Incredible Hulk. The Marvel series simply refers to the Duel of Harlem as “The Incident” and Bruce mentions it once in The Avengers saying, “the last time I was in New York, I kind of… broke Harlem.”

Emil Blonksy was a Russian-born soldier in the UK’s Royal Marines Commandos. He became the Abomination after taking two doses of a version of the Super-Solider Serum infused with gamma radiation to take down the Hulk. He was transformed into a Hulk-sized monster who went mad after taking his dose of the serum and went on a rampage in Harlem.

When fans last saw the Abomination it was after the Duel of Harlem. After Hulk stopped him, the World Security Council wanted to make Blonsky and Avenger, but Phil Coulson (Clark Gregg) sent Tony Stark to stop this. Blonsky was then imprisoned in a SHIELD cryostasis facility in Alaska known as the Vault.

After that, Marvel Studios never mentioned him again. In Agents of SHIELD – which is not official canon, all the criminals in the Vault escaped after Hydra took over SHIELD in Captain America: The Winter Soldier (2014).

Some fan theories say he was moved to the Raft, the MCU underwater prison for holding super-powered criminals like Baron Helmut Zemo, who remains there after the events of The Falcon and the Winter Soldier. But others had asked if the Abomination was still alive in the MCU. Now we know he is.

Marvel Studios may have been avoiding referencing The Incredible Hulk since the rights are shared between Disney and Universal Pictures. It’s not even available to stream in the U.S. beyond paid rentals at the moment, but fans are hoping a deal can be struck to be the film to Disney+ at some point since it recently became available for users in Spain.

We’ve known for some time that the Abomination was going to make his way back to the Marvel Cinematic Universe after Marvel boss Kevin Feige revealed during the 2020 Investors Day Blonsky would show up in the upcoming original series She-Hulk with Tim Roth reprising his role.

She-Hulk is set to come to Disney+ sometime in 2022. Mark Ruffalo and Tim Roth have been confirmed to join star Tatiana Maslany (Orphan Black) in the ten-episode series led by Jessica Gao and directors Kat Coiro and Anu Valia. Jennifer Walters (Tatiana Maslany) will come up against the villain Titania as played by Jameela Jamil (The Good Place).

Kevin Feige has described the show as a legal comedy. And some are hoping for a cameo from Marvel’s other famous lawyer – Matt Murdock AKA Daredevil as played by Charlie Cox.

There is certainly a large amount of time missing in Blonsky’s life. The MCU timeline has been retconned before, but the events of The Incredible Hulk were set in 2010. We do not yet what year Shang-Chi will take place in for certain. Some have speculated that it takes place during the five-year Blip. Or it could be set after Avengers: Endgame in either 2023 or 2024.

It’s clear from the Shang-Chi and the Legend of the Ten Rings trailer that he isn’t on ice anymore. When in the last ten years he made it out of the Vault could be revealed in Shang-Chi. Perhaps he escaped, or maybe General Ross had him released to be part of his superhero team – The Thunderbolts.

The Thunderbolts are a team of evil Avengers that fans believed could be headed to the MCU sometime in Phase 4 or 5. It was strongly suggested at the of The Falcon and the Winter Soldier that John Walker AKA US Agent (Wyatt Russel) would be forming a team of his own with Contessa Valentina Allegra de Fontaine (Julia Louis-Dreyfus).

In Marvel Comics, the Abomination did temporarily team up with Titania, which we could see in the new series, She-Hulk. He first appeared in Tales to Astonish #90 (1967) by Stan Lee and has spent a lot of time causing trouble for Earth’s Mightiest Heroes ever since. We can only guess what the MCU has in store for him.

Let us know in the comments below what your theory is for where the Abomination has been since The Incredible Hulk.

Comments Off on Has Marvel Been Keeping the Abomination on Ice For a Decade?