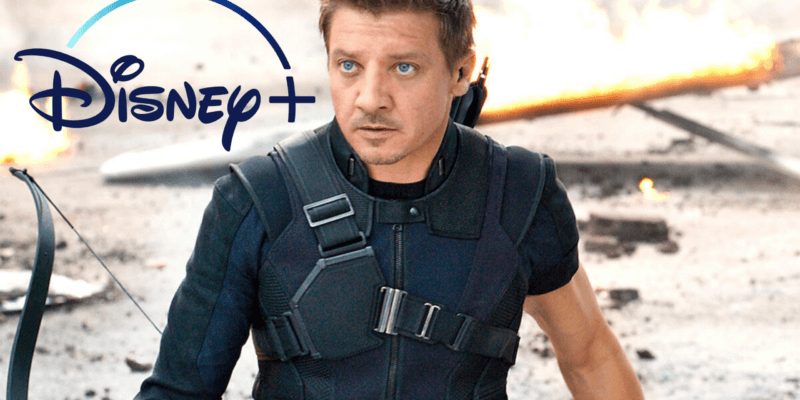 With WandaVision done (for now), and The Falcon and the Winter Soldier underway and breaking records, it’s easy to see how Marvel’s TV outings are very popular with fans. There is an array of content coming our way over the next few years as Phase 4 continues, including a Hawkeye series starring Jeremy Renner, Vera Farmiga, and Hailee Steinfeld.

What is most interesting here is that Hawkeye may be getting a spinoff, even though it hasn’t even aired.

Echo, played by newcomer Alaqua Cox, was recently confirmed to have joined the cast of the upcoming Disney+ show. Real name Maya Lopez, the character is one of the few deaf and Native American characters featured in the MCU. The role will be the on-screen debut for Cox. And already, the character may be getting her own show.

According to their exclusive sources, Variety shared news about this potential spinoff:

“Etan Cohen and Emily Cohen are attached to write and executive produce the show, with a writers’ room recently being assembled. Marvel Studios will produce.”

It’s interesting to see Marvel’s and Disney’s commitment to telling diverse stories. Aside from the Lauren Ridloff casting in the upcoming Eternals film, Cox will make only the second deaf actor to be part of the blockbuster franchise. Note. too, how Ridloff’s casting as Makkari — a deaf, Mexican actress — completely differs from their comic book inception, where the character is white and male.

Something similar seems to have happened with Echo. It could be a question of the character being a way to further expand the MCU, another building block in Marvel’s popular TV empire. But, with the Walt Disney Company’s commitment to diversity and inclusion permeating the creatives who oversee their entertainment catalogue, we would hope that their claims to have storytellers who “represent the vast experiences of the people who hear them”, have extended to their creative output and the characters who are included.

Echo is a superhero usually found as a supporting character to Daredevil, first appearing in December 1999. The character was once also known as Ronin aka “Masterless Samurai”, something the MCU alluded to at the beginning of Avengers: Endgame after Hawkeye loses his family following Thanos’s snap. What makes Echo interesting is that she doesn’t have any superpowers in the Thor or Spider-Man sense, but she has photographic reflexes, meaning she can replicate any physical movement. Echo is usually seen with a white painted handprint across her face.

Where Does the New Show Fit in the MCU Timeline?

As reported, Echo is far from a done deal. However, Hawkeye, where we will first meet Cox’s character, as well as be reunited with Clint Barton takes place after Avengers: Endgame. The show is reported to explore Hawkeye’s time as Ronin, as well as his mentorship of Steinfeld’s, Kate Bishop.

The show, executive produced by Kevin Feige, is set to air later in 2021 exclusively on Disney+.

What do you think about an Echo spinoff? Are you looking forward to Hawkeye? Let us know!

Comments Off on New Marvel Spinoff Proves Commitment to Diversity