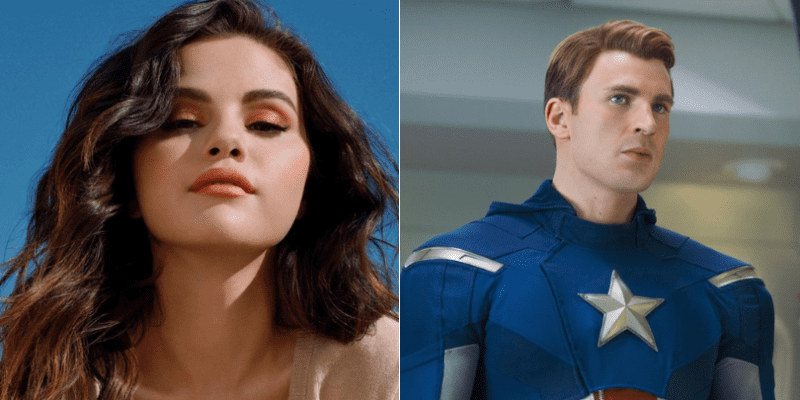 Recently, we reported on the fact that many Marvel and Disney Channel fans were blowing up the internet in the hopes that dating rumors surrounding MCU star Chris Evans and former Wizards of Waverly Place starlet Selena Gomez were true.

Reportedly, the rumors were sparked when the 40-year-old actor “followed her [29-year-old Gomez] on Instagram. Internet spies also spotted the two leaving a studio together in Los Angeles on October 1st. Later on, they were seen at a restaurant together.”

Then, however, Elle Magazine seemingly debunked the reports of sparks flying between the Princess Protection Service starlet and the MCU Avengers franchise alum by determining that the aforementioned photos were actually taken at very different points in time.

Now, however, the rumors of a romance between the two popular Hollywood stars are heating up again, thanks to a seemingly innocuous video Evans shared to his Instagram Stories.

♬ what the fuck was that – champagnemami

Twitter users are also still hopeful that the duo is actually dating, despite the lack of confirmation from either party.

multi_studio2 seems to be frantically searching for details about the purported couple on a daily basis:

Me searching Selena Gomez Chris evans everyday on Twitter to see if there’s any progress to the rumors pic.twitter.com/uuKREAeO7o

Brady RADIO poked fun at everyone who is using the piano video to validate the ongoing online rumors:

Even E! News is getting in on the rampant speculation, noting:

Selena herself previously shared on Watch What Happens Live With Andy Cohen that the action hero is one of her celebrity crushes. She gushed, “Isn’t he cute? He’s very cute.”

For now, both Evans and Gomez have stayed busy in their post-Infinity Saga and post-Disney Channel lives, respectively. He is currently working on Disney’s Lightyear — which saw its first trailer drop this week — a story based on the fan-favorite Tim Allen Toy Story character Buzz Lightyear, while she was recently in the well-received series Only Murders In the Building and just finished production on Hotel Transylvania: Transformania.

Do you believe the Chris Evans and Selena Gomez dating rumors?