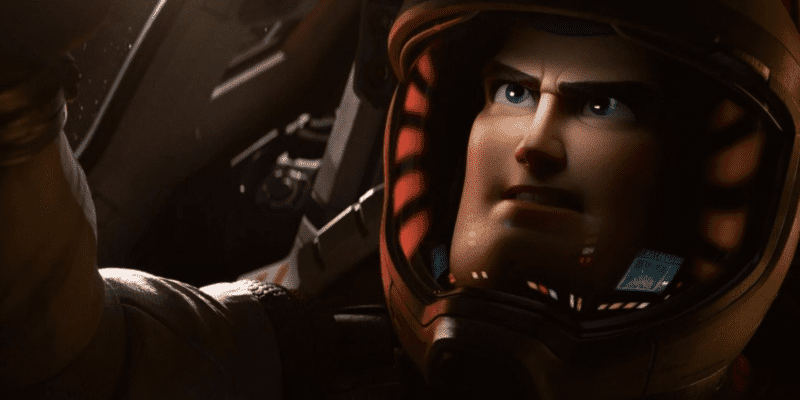 The upcoming Lightyear, however, will not be about the toy space ranger, but about the man who inspired the animated character.

One synopsis of Lightyear reads:

Lightyear is a sci-fi action-adventure and the definitive origin story of Buzz Lightyear (voice of Chris Evans) — the hero who inspired the toy. The film reveals how a young test pilot became the Space Ranger that we all know him to be today.

Evans — who is best known for playing Captain America/Steve Rogers in Kevin Feige’s Marvel Cinematic Universe — is joining the Toy Story franchise for the first time in this animated role.

Working with Pixar is a dream come true. I’ve been a massive fan of their films since the very beginning. My team could barely contain their excitement when they told me that Pixar had a pitch for me. All they said was ‘Buzz Lightyear’. I didn’t know what that meant, since Tim Allen is Buzz Lightyear, and no one could ever touch his performance. I needed to know how this character was different and why this story was worth telling. I can say 2 things with absolute confidence:

1.. I didn’t stop smiling through the ENTIRE pitch. Ear to ear.

2. Everyone can rest easy. And get very excited.

Trust me when I say that they REALLY know what they’re doing over there. This one is gonna special, and it doesn’t step on a single thing. I can’t even put my excitement into words. I smile every time I think about it.
#LIGHTYEAR

You can watch the first official sneak peek trailer of Lightyear below:

Are you looking forward to Lightyear?