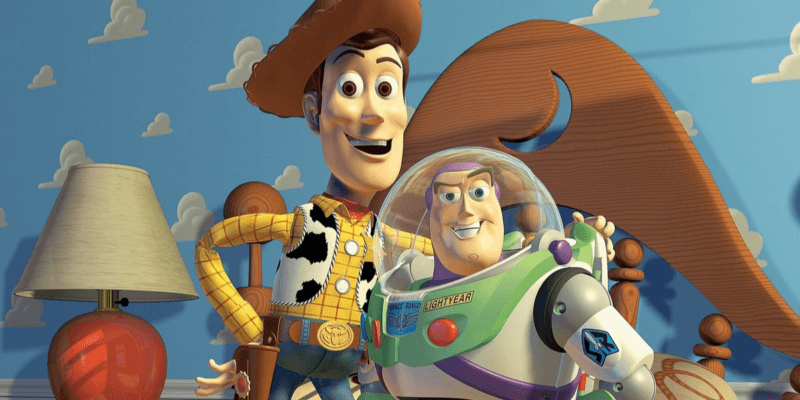 Pixar Animation Studios is the most respected animation studio in the world. Specializing in Computer Generated Images (CGI), the powerhouse had created classic after classic since 1995 when Toy Story (1995) debuted as the first fully computer-animated film. But, an early version of Sheriff Woody almost destroyed Pixar.

Related: Was Wheezy the Real Villain of ‘Toy Story 2’?

The history of Pixar is rather well known when it comes to Disney fans sharing fun facts about the animation studios. From Steve Jobs bought the small company from George Lucas to “A113” and the Pizza Planet truck being featured in every Pixar movie, fans of the animation studio are proud of the movies that essentially made their childhood.

The issue resulted from an early story reel of Toy Story to Disney executives on Black Friday of 1993, when Pixar just began production on the upcoming movie.

You can watch it below:

In the words of Pixar’s founder, John Lasseter, himself: “It’s um… It’s bad.”

Yes, it truly is. Woody is mean, selfish, brash, and downright abusive. He unforgivably insults Slinky Dog and makes everyone (including the audience) absolutely hate him. Not only did Pixar miss the mark on their most important character, but they misused Tom Hank’s legendary vocal acting.

Woody did keep some of his envious traits in the final cut of the film, but, in this early version, we see the Sherrif with a snake in his boot purposely throw Buzz Lightyear (Tim Allen) out of Andy’s window, rather than it being an “accident” caused by a chain reaction in the theatrical cut.

Related: Pixar’s ‘Up’ Has a HUGE ‘Star Wars’ Easter Egg You Definitely Missed

At this point, Pixar was given a three-film contract with The Walt Disney Company, which would distribute the films and share the box office revenue. Pixar was not, however, hired for their story writing skills but technology.

Disney was banking millions of dollars in an unknown animation studio that hit it big with short films, like The Adventures of André & Wally B (1984).

The earliest concept of Sheriff Woody penned by Pixar’s John Lasseter and Pete Doctor featured Woody as a ventriloquist dummy that was purely a villain rather than a hero or even antihero. However, animation for this kind of object proved nearly impossible, so Pixar changed Woody to a solid figure.

This early version of Woody doesn’t disarm the character’s villainy through Tom Hank’s voice as the final version of the movie later did, but rather made him purely evil. Pixar intended audiences to immediately label Woody as a villain and associate Buzz Lightyear as the hero, but Disney didn’t like this approach.

In fact, they hated it and shut down production on the movie. The “Black Friday” reel’s writers, which included master storytellers John Lasseter, Joss Whedon (Avengers (2012)), and Joel Cohen (No Country for Old Men (2007)), was given one week to rewrite Toy Story completely.

For a brief moment, the world as we know it was nearly put on a shelf. Of course, it’s no secret that movie studios “shelf” projects that they deem irrelevant or plainly give up on, but the thought of losing Pixar to the early sketches to their flagship character is downright sickening.

Pixar not only got rid of Woody’s traditional villainous archetype, which included him being realistically layered that would be lost to children and younger viewers but gave Woody redeemability and a sense of innocence.

Black Friday was dark and rude and showcased no chance of being redeemed. He was downright evil and would stay that way, which meant his character would hold no weight in the story. But, Pixar changed his entire outlook and attitude through Andy.

Focusing on an overprotective toy that favored his owner’s attention allowed audiences to sympathize with the forgotten doll after Buzz Lightyear came into the picture. Not only could they feel for Woody, but now audiences connected with Buzz and Andy, knowing what it’s like to dump the old and enjoy the new.

Pixar showed Woody’s innocence through Buzz accidentally falling out of the window that was in part caused by Woody, but it wasn’t on purpose. In the Black Friday reel, Woody purposely pushed Lightyear through the open window, and down goes Woody’s redeemability. But now, we see what the toys don’t and begin to root for Woody. From there, Toy Story becomes a movie about redemption.

Pixar thankfully fixed a minor issue that resulted in a huge problem. Saving not only their livelihoods, but these animators-turned-directors also reshaped contemporary filmmaking and storytelling by shifting the focus from “Heros vs. Villains” to elevate the undertones and narratives that really drive the film, like acceptance in Ratatoullie (2007) with Remy and Ego or insecurity in The Incredibles (2004) with Syndrome.

Today, we have a better world because of Toy Story. From the Disney Parks to modern marketing reshaping their ways after Pixar’s smash hit movie reshaped the world.

What Toy Story movie is your favorite? Let us know in the comments!