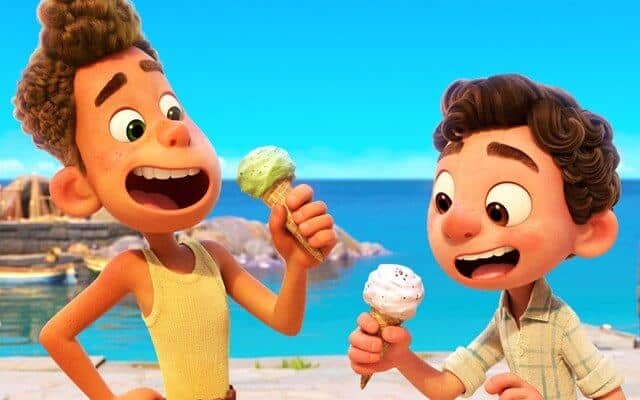 Pixar has produced some incredible and moving films with unforgettable characters, such as Monsters Inc. and Toy Story. And because these characters are so beloved, we’ve been treated to two, or even three, sequels about these characters. But lately, Pixar been telling smaller and more personal stories like Onward and Soul.

One of those very personal stories is the upcoming Luca, which will release on Disney+ June 18, 2021. The shift in storytelling comes at a time when the pandemic has upended a number of planned releases, shifting the way that big studios handle their properties and also the way they distribute them. To this end, Luca filmmaker Enrico Casarosa spoke out in a recent interview with Cinemablend on the way that he feels Pixar is approaching new material and what that means for people who want to tell smaller stories. Luca is an original story about a young sea monster, and like Onward and Soul, the story comes out of a very personal connection with its filmmaker, who recently said:

“I think the way things can bunch up in how we release things is really often a coincidence of timing of what lands where and what works. There’s so many factors of what makes things land where they do. I think there’s always an appreciation for a good story that’s interesting to us to put the work of five years into making it. I don’t ever take that lightly because there is so much of an effort from everybody to put into it. It is fun though, there’s some new directors at the company now, it’s great to see those new perspectives and we do happen to have more of a bunch of newer types of stories between Soul and Turning Red coming after us.”

The change hasn’t come without pushback, though. When films started being pushed to Disney+ thanks to the pandemic, there were rumblings from Pixar employees that they were feeling demoralized by the choice to push these smaller, more personal stories to streaming rather than hold them for theaters when things were safe or at least do a joint release like Black Widow (2021) or Raya and the Last Dragon (2021).

We previously noted that it was strange for a company as big as Pixar to put films like these on Disney+ for free without even charging for the Premier Access tier that Disney+ has used for other new releases, such as Mulan (2020). But, maybe this also means that they want to ensure as wide of an audience as possible gets to experience these small, beautiful stories.

Luca premieres on Disney+ in June.

What do you think about Pixar’s shift in storytelling?