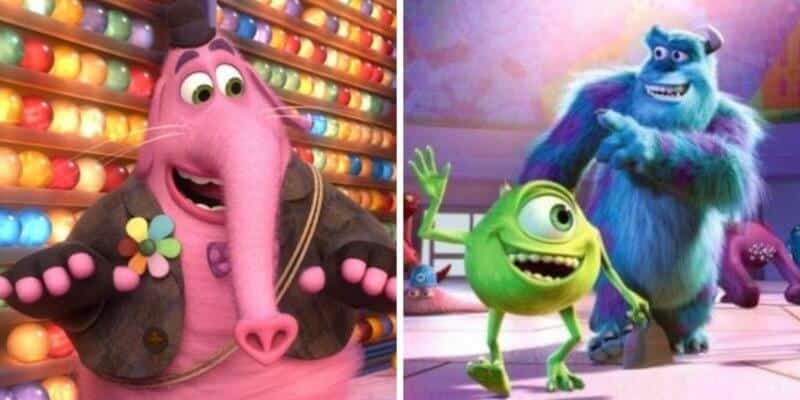 Disney movies have the capability to make viewers smile and laugh, but at times, the films have the power to leave Disney fans sobbing into their popcorn at the movie theater.

Pixar does this in almost all of their films, somehow creating a fun and whimsical storyline for children watching while leaving adults with a deep-rooted message that pulls directly on our heartstrings. From Coco to Toy Story, to Up, Pixar has shown time and time again that they know how to entertain any audience with their films.

Inside Out is a perfect example of this, and any adult who watched the movie can sure point out a few times when they suddenly felt super emotional. Watching Bing Bong fade out of existence from Riley’s imagination as a sacrifice and pass on is a tough scene to get through no matter how many times you have seen the film, but what if we told you that Bing Bong is still alive.

Plenty of Pixar films are riddled with theories and easter eggs that leave fans looking for secret details. One theory states that all Pixar films are connected, and this smaller theory about Bing Bong is one of many puzzle pieces that help prove that the larger, overarching story is true.

According to The Pixar Theory, Monsters Inc. occurs in the future, after humans are no longer in existence. The doors they travel through act as a time-traveling mechanism to help the world continue to gain energy. In theory about Bing Bong, the elephant is actually a monster from Inside Out who used to visit Riley as a child:

Well, the latest addition to the Pixar Theory is that Bing Bong was not actually an imaginary friend, but a monster who had visited Riley to collect her laughter energy when she was three (the same age Boo was visited by Sully in Monsters Inc.). As Riley grew, she simply remembered the friendly monster as her imaginary friend.

So if this theory is true, even though Riley’s memory of Bing Bong died, Bing Bong is still alive in the future Monsters Inc. world and traveling back in time to make other kids laugh!

Please note, Pixar has not confirmed that this theory is true, but they often overlap aspects of different films. For example, in a Toy Story short, we see a toilet cover with the same fluffy design or Sulley’s fur from Monsters Inc — Randall also warns Sulley that humans do to monsters in the film. Hence, the toilet seat cover is a clear easter egg and connection.

What do you think of this theory about Bing Bong? Let us know in the comments below!

Comments Off on Pixar Theory Brings Bing Bong Back to Life