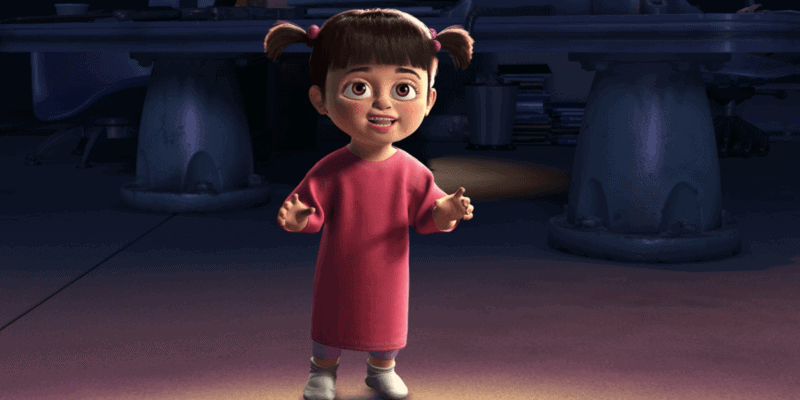 Pixar films are beloved by most movie fans. From Tom Hanks’s cowboy Woody in Toy Story (1995) to a headstrong rat that cooks in Ratatouille (2007), the movie studio is renowned for delivering groundbreaking animation and heartfelt adventure stories. As with The Walt Disney Company, Pixar is regularly immersed in fan theories that suggest certain characters appear across the movie lexicon inside other stories.

Disney has seen theories that connect Snow White and the Seven Dwarves (1937) to Tangled (2010), proposing that Rapunzel’s controlling Mother Gothel (Donna Murphy) is actually a reincarnation of the Evil Queen from Walt Disney’s first ever animated classic. There is also the theory that clown fish Nemo was actually dead the whole time and that the story of Finding Nemo (2003) is how Marlin, Nemo’s father, deals with the death of his entire family. Another Disney theory sees Aladdin (1992) connected to The Princess and the Frog (2009), where the Genie — played famously by Robin Williams — appears in New Orleans, falls in love and has a child that grows up to be the voodoo priestess, Mama Odie (Jenifer Lewis).

In short, it’s safe to say that Disney fans aren’t always after just tales of “happily ever after”, and seek bigger answers within the Disney universe.

Well, there is actually another wild theory that suggests an extremely memorable character from Monsters, Inc (2001) actually returns in Brave (2012).

Are you ready? Hold on to your cowboy hats.

Some time ago, Pixar theorist and writer, Jon Negroni, wrote on what he calls “The Pixar Theory”, where he connected all the Pixar films in one united universe. Much like how Kevin Feige’s Marvel Cinematic Universe is a series of interwoven stories pieced together to tell a larger narrative, Negroni’s concept revealed that each element of Pixar’s movie catalogue exists in the same world.

The most interesting element of this Pixar Cinematic Universe is the notion that the cute, lovable Boo (Mary Gibbs) from Monsters, Inc is in fact…wait for it…The Witch (Julie Walters) from Brave, with Negroni highlighting how she alone is the orchestrator of each films connection.

Let’s break the theory down

First of all, let’s address the monster in the room – yes, Monsters, Inc. is supposedly set sometime future where Boo appears as a child and meets the iconic monster duo James P. “Sulley” Sullivan (John Goodman) and Mike Wazowski (Billy Crystal), and Brave is set many, many years earlier in the Dark Ages of Scotland. But, like the Avengers hopping back in time, the basis of this wild fan theory is formed around the idea that the doors in Monsters, Inc. aren’t just doors but time-traveling portals.

Negroni suggests that when the monsters go into the child’s bedroom to collect screams, they aren’t simply stepping from one dimension into another where humans exist, but more that they are traveling BACK in time to find the screams they need to survive.

If your mind is blown, then just wait.

You will remember that The Witch in Brave plays a pivotal role in the Pixar movie when Merida (Kelly Macdonald) discovers her forest hideaway and changes her fate by making her mother, Queen Elinor (Emma Thompson) — unbeknownst to everyone — eat a cake that transforms her into a bear.

Back in the land of Monsters, Inc, Boo is left behind in her bedroom when Sulley and Mike decide it is best for her to live out her life in her own world, but what happened to Boo as she grew up?

The Pixar Theory suggests that, upon seeing a vibrant world full of talking monsters that looked suspiciously like animals — she even called Sulley “kitty” — that Boo grew up trying to develop and harness the same time-traveling magic that the monsters use to enter the children’s bedrooms and collect their screams. This is further evidenced by how The Witch seemingly disappears as she travels through doors after Merida seeks her out in Brave.

“She figures out how to travel in time to find Sully [sic: Sulley], and goes back to what she believes is the source: The will-of-the-wisps […] They are what started everything, and as a witch, she cultivates this magic in an attempt to find Sully by creating doors going backwards and forwards in time.”

Negroni also says that wood is the material needed to create these magical doors. He says:

“So Boo went back to the Dark Ages, probably because she could use plenty of wood there for her experiments or to study the will-o-wisps. We know that her first encounter with Mor’du ended with her turning him into a monstrous bear, but he regresses.”

The next bit is perhaps the most heartbreaking:

While this may seem like a stretch to some Disney and Pixar fans, Brave’s Witch also has something that hints at this theory being true. In her hut, there is a wooden carving of her childhood best friend – her “kitty”, Sulley.

Sure, there are many Easter eggs scattered throughout the Disney and Pixar series of films, like Elsa (Idina Menzel) making a mini Baymax snowman in the Disney film, Frozen (2013), or Flounder from The Little Mermaid (1989) appearing in Moana (2016), or even the Beast from Beauty and the Beast (1991) making a cameo in Aladdin. There is even a Disney Parks reference in The Lion King (1994) Disney movie when Zazu (Rowan Atkinson) starts to sing the classic “it’s a small world” song.

But, what this fan theory hinges on is the idea that Boo can time-travel through the doors that Monsters, Inc used sometime in the future.

Another example of this, is the appearance of a Toy Story Pizza Planet delivery van also residing in The Witch’s hut, which she wouldn’t have known about unless she had travelled forward in time. The theory even goes on to say that all the Easter eggs that appear in Pixar movies are actually a trail left behind by Boo/The Witch so Sulley can eventually find her.

It may be a stretch, but this wild fan theory is extremely fun. It also hinges on the idea that childhood friendships are forever and that if you end up apart there is a possibility that you may find each other again. Pixar delivers magic with every new movie and this idea of a time-traveling Boo making doors to the past and future is VERY intriguing.

Do you think this wild fan theory is true?

Comments Off on Was Boo From ‘Monsters, Inc.’ In ‘Brave’ This WHOLE Time?