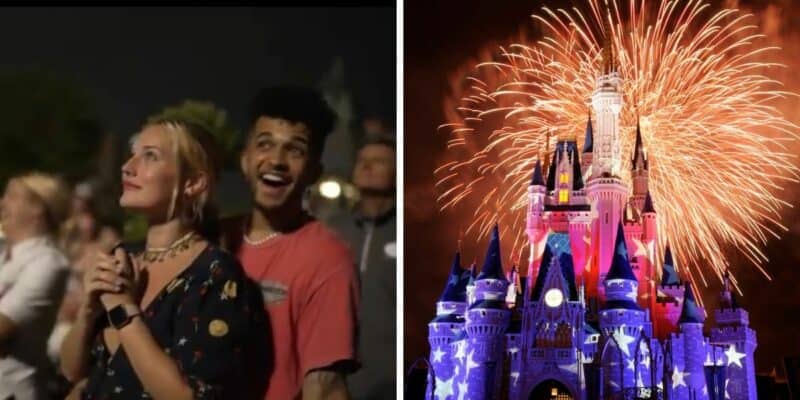 And so, our journey comes to an end. But yours continues on. Grab hold of your dreams and make them come true. For you are the key to unlocking your own magic.

Tonight will be a historic night in Magic Kingdom as Happily Ever After will “sparkle into Disney history” to make way for a brand-new nighttime show called Disney Enchantment, which will debut on October 1 at Magic Kingdom in honor of Walt Disney World’s 50th anniversary.

And one of the singers of the iconic song, “Happily Ever After”, which plays during fireworks show, is now speaking out about the retirement.

Jordan Fisher, known for not only singing “Happily Ever After”, but for his role on the Disney Channel Original Series, Liv and Maddie and in the Disney Channel Original Movie, Teen Beach Movie, as well as his dual roles of John Laurens and Phillip Hamilton in the Broadway Production of Hamilton, just posted on Instagram regarding Happily Ever After’s retirement — making this the first time he is speaking out since the news a few months ago.

Fisher took to Instagram to share a few words about how Happily Ever After has impacted his life and wanted to thank all of his fans and Disney World Guests for allowing him to be part of their world through this fireworks show:

To Our Happy Place…

On the final night of our show I’m reminded of all the memories and magic you’ve given us. Thank you for letting Happily Ever After (and even little old me) be a small part of yours. 💜🎆

Tonight is the last night Disney World fans will be able to watch Happily Ever After.

Inside the Magic is here at Magic Kingdom tonight and will attempt to live-stream the show for all of you viewers at home who could not make it out to the theme park tonight. Be sure to follow along on our social media channels (Facebook, Instagram, and Twitter) and catch Happily Ever After’s final performance tonight at 8:15 p.m. EST.

Are you upset to see Happily Ever After retire or are you looking forward to Disney Enchantment? Let us know in the comments below.