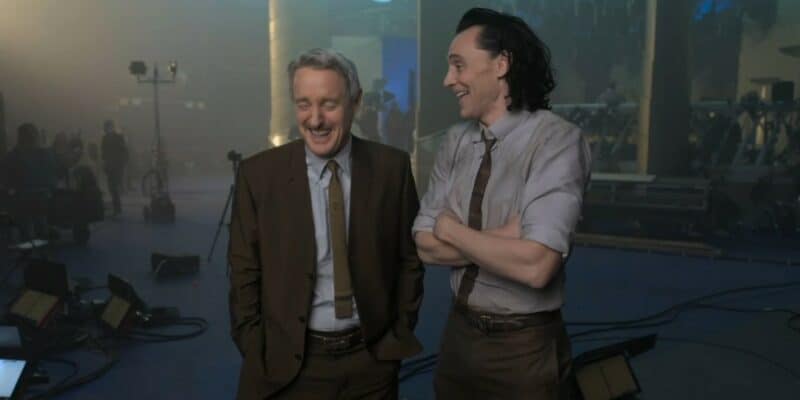 When Owen Wilson (The Royal Tenenbaums, Wedding Crashers, Starsky & Hutch) made his Marvel Cinematic Universe debut as Time Variance Authority Agent Mobius M. Mobius, he became an instant fan-favorite. The comedian perfectly it into the MCU as he developed a begrudging professional relationship — that later turned into a true friendship — with Loki (Tom Hiddleston).

Both Wilson and Hiddleston, along with Sophia di Martino’s Sylvie/Lady Loki, are expected to return for the second season of Loki, which is great news for Marvel fans who want to see where the Marvel Multiverse — and Kang (Jonathan Majors) — take us next.

Recently, Wilson opened up about his introduction to Kevin Feige’s MCU, and it seems that all of the cloak and dagger stories — as Tom Holland (Spider-Man/Peter Parker), Mark Ruffalo (Hulk/Bruce Banner), and Alfred Molina (Doctor Octopus) know from their own spoiler slip-ups — about Marvel Studios are true after all.

In a recent Esquire interview, Wilson shared a story about accidentally letting a seemingly benign Loki detail — the fact that Mobius has a mustache — leak before the series aired on Disney+:

“I let it slip I had a mustache for Mobius. I got an ominous text saying ‘Strike 1’. I don’t know who that was, we think it might have been Kevin Feige using a burner phone but that wasn’t confirmed.”

Esquire went on to share a hilarious tidbit about the comedic Wilson’s time on a Marvel set:

(Speaking of Loki: Owen is known to improv lines on set, and in one scene in the first episode, Loki is acting very self-important during Mobius’s interrogation. Mobius simply says, “You’re just a little pussycat.” “All Owen,” Hiddleston tells me.)

In the interview, though, it’s clear that what really matters to Wilson isn’t the Marvel Cinematic Universe’s Phase 4, or potentially working with Avengers franchise stars in Loki Season 2 — no, what truly matters to the actor is his family:

It’s not that Owen is uninterested in talking about this stuff, but pretty soon he’s drifting away from it, telling me about when he was in Atlanta filming Loki and he made up a leaf-catching game for himself and his kids. “We play that you have to catch it with one hand and run,” he says. “It’s nice because it gets you looking up.”

At this time, it is not known if Wilson’s Mobius will appear in additional Marvel movies or series, or when Loki Season 2 will air. What is clear, however, is h0w much Hiddleston enjoys working with his new MCU costar.

During a Tumblr Q&A, the Midnight in Paris actor shared:

“I love Loki and Mobius’ friendship. It was something that was really exciting to me as I approached the project and was developing the story…And I think everybody else in Loki’s life up until that point has been emotionally engaged in this resistance that Loki has. And Mobius has a detachment. Which is to say that, I see who you are and I don’t judge you and in a way, I understand, and I have compassion. And they have a lot to learn from each other. And in that moment, Loki has a kind of a moment of real vulnerability at the end of episode one. And Mobius is able to step up to that moment and meet him there…So somehow, Loki and Mobius’ friendship evolves from the fact that they learn a lot from each other. And I think it’s really real. I think there’s a lot of love and care and affection there. It’s very sincere and presents something new for Loki. I don’t think he’s ever had a friend before. So yeah, I really loved it.”

Do you think Kevin Feige really texts talent with a burner phone when they share Marvel spoilers?