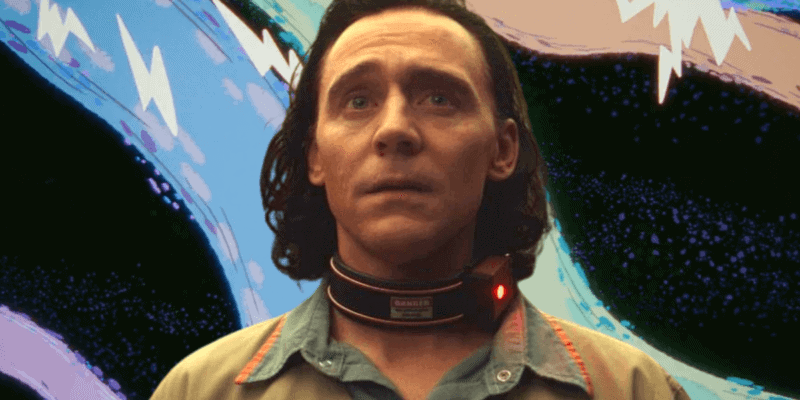 After a long wait, Loki has dropped on Disney+ and fans can finally enjoy the God of Mischief’s new adventures. The first episode hit the ground running and among all the new Marvel lore revealed in episode 1 “Glorious Purpose” Marvel just glossed over how the Sacred Timeline came to be.

Related: First Reactions to ‘Loki’ Are In and Fans Are Loving It

The latest Marvel Studios original series builds on the success of WandaVision and The Falcon and the Winter Soldier by combing the best of both sides of the Marvel universe. Loki follows the mercurial trickster god after he is apprehended by the Time Variance Authority (TVA) and is put to work by Owen Wilson’s character Mobius M. Mobius.

The pilot raised interesting questions about what is or is not considered a crime against the Sacred Timeline. How does the variant of Captain America AKA Steve Rogers (Chris Evans) who lived out his life with Peggy Carter (Hailey Atwell) fit into the single timeline?

Or what about that variant of Gamora (Zoe Saldana) that is running around with the Guardians of the Galaxy on her tail? What makes this version of the Frost Giant/ Prince of Asgard so much different from them?

One theory making the rounds on the internet goes beyond what Judge Ravonna Renslayer (Gugu Mbatha-Raw) said to explain it simply: “It was meant to happen.” This suggests that since both variants ended up back on the main MCU timeline, the Nexus events they created did not escalate past that red line we saw on the Minutemen’s pads. Their existence did not add an alternate reality to Marvel’s multiverse.

What Did They Say About a Multiverse War?

Loki does not spend a lot of letting Marvel fans digest everything that the trickster god is going through as he is introduced to the Time Variance Authority. One thing happens right after another and in a moment early on Miss Minutes (voiced by Tara Strong) glosses over the fact the Timekeepers came into power after a Multiverse War.

This Multiverse War ended when the timekeepers consolidated all the alternate timelines into a single time stream. This could be a reference to the Marvel Comics Secret Wars event. Marvel Comics has released two versions of the storyline which are both about alternate realities coming together to battle it out in Battleworld to determine which will survive.

Looking at everything that the Kevin Feige-led Marvel Studios will be giving fans in Marvel’s Phase 4, it does feel like it is building up to a Secret Wars film.  Marvel has revealed that have many secret projects in the works that they have not announced yet.

So, could it be that the Multiverse War that Miss Minutes revealed in that Hanna Barbera/Schoolhouse Rock-styled PSA is actually how Marvel Studios is planning to work in all those other Marvel franchises they did not have a direct hand in?

What Could Have Been in Those Other Timelines?

Marvel fans have been waiting for a sign for The Fantastic Four or the X-Men ever since Disney purchased 20th Century Fox (Now called 20th Century Studios). We thought we might get Mister Fantastic AKA Reed Richards in WandaVision with that engineer tease. But they are waiting to introduce that Marvel character in a feature film.

Other than the upcoming Deadpool 3, which is still in the early stages of production, Marvel has not given any details as to how their newly-acquired characters will enter the MCU. But could Fox’s ­­X-Men franchise and their Fantastic Four films exist only in one of these erased timelines? Their stories have ended now.

And what about Sony Pictures Spider-Man films, aspects of which could show up in Spider-Man: No Way Home (December 17, 2021)? Sony Pictures President Sanford Panitch says there is a plan to integrate the newer films into the Marvel Cinematic Universe. But could Tobey Maguire and Andrew Garfield’s versions of Peter Parker have been erased during the Multiverse War before they could have joined this shared universe?

There is also the question of the old Marvel television shows, namely Agents of SHIELD. They even brought back that Agent Coulson (Clark Gregg) is dead — at least as far as Loki knows. There is also Agent Carter, The Inhumans, The Runaways, Cloak and Dagger. And all of Marvel’s Defenders Netflix series like Daredevil, Iron Fist, Luke Cage, and Jessica Jones.

Did Kevin Feige pull his own Thanos (Josh Brolin) and snap every Marvel Property he did not like out of existence?

If the Timekeepers did erase these parallel universes it does not appear that the Sacred Timeline will remain alone for much longer. Especially since the Young Avenger coming in Doctor Strange in the Multiverse of Madness – America Chavez- will have her Marvel Comic power to travel between Marvel realities.

Let us know in the comments if you are excited about every way that Loki is setting up the next phase of the MCU, especially the upcoming Doctor Strange in the Multiverse of Madness.

Comments Off on ‘Loki’ Reveals Bonkers History of the Marvel Multiverse