'Loki' Subverts the Importance of Marvel's Infinity Stones - Inside the Magic 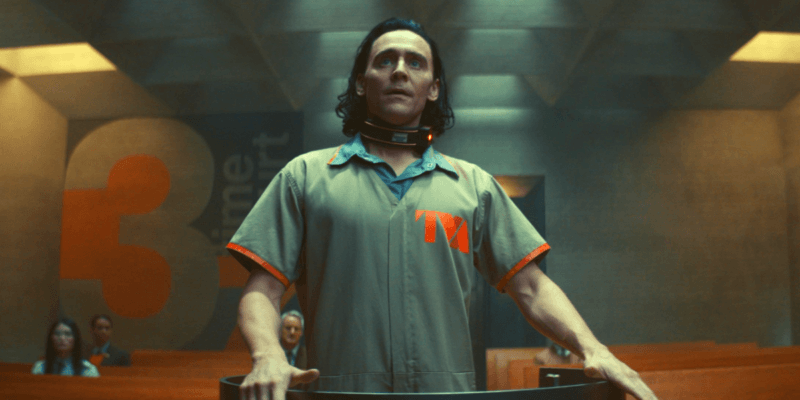 Loki and the introduction of the Time Variance Authority (TVA) confirm the surprising role of the Infinity Stones moving forward into Phase 4 of the Marvel Cinematic Universe.

The eagerly awaited Loki — starring Tom Hiddleston as the titular character and Owen Wilson as TVA Agent Mobius — premiered as the third entry in Marvel’s growing Disney+ catalog of MCU series. Following the success of the Marvel Cinematic Universe streaming series WandaVision (Elizabeth Olsen, Paul Bettany) and The Falcon and The Winter Soldier (Anthony Mackie, Sebastian Stan), the nearly 1-hour premiere of Loki has been well-received by fans and critics alike.

One astonishing element of Loki was the minimization of the once-mighty Infinity Stones by the Time Variance Authority. Indeed, the 2012 branch timeline Loki (Tom Hiddleston) chancing into the Tesseract — the casing of a key Infinity Stone — during the Time Heist of Avengers: Endgame (2018) and using the power of the Space Stone to evade captivity is the jumping-off point for the entire series.

Even so, the Time Variance Authority diminishes the importance and power of the Infinity Stones right away — straight up reducing them to useless rocks.

The Infinity Stones are meaningless in the universe of Loki

In “Glorious Purpose” Loki (Tom Hiddleston) is shackled and brought to TVA HQ along with the Space Stone and a bureaucrat pencil-pusher doesn’t give the famous Marvel Cinematic Universe MacGuffin a second glance. Later, we see a drawer filled with multiple Infinity Stones, as TVA employees are said to be casually employing them as paperweights.

Removed from the “Sacred Timeline” of the Marvel Cinematic Universe, it turns out, the Space Stone and all the Infinity Stones are completely relieved of their potency and narrative-driving momentum. The Time Variance Authority operates beyond the laws of time and space, robbing the Infinity Stones of their power and purpose.

While the fate of the Infinity Stones was likely initially shocking to audiences, the undercutting of their importance in Episode 1 of Loki is as logical as it is telling. Marvel boss Kevin Feige has said Tom Hiddleston’s Loki will have “…more impact on the MCU than any show so far.” As Marvel sets off to start a new journey following the conclusion of the Infinity Saga, it makes sense that Marvel Studios would want to move away from the Infinity Stones as they continue to roll out Phase 4.

The multiverse is set to disrupt the Marvel Cinematic Universe in a big way in Sam Raimi’s Doctor Strange in the Multiverse of Madness starring Benedict Cumberbatch as Doctor Strange and Elizabeth Olsen as Scarlet Witch. The influence of the multiverse could easily allow the MCU to explain plot elements previously tied to the Infinity Stones — like Wanda Maximoff’s link to the Mind Stone of Vision or Doctor Strange’s continued use of the Time Stone in the Eye of Agamotto. Vision’s Mind Stone and Doctor Strange’s Time Stone were each acquired by Thanos in Infinity War, with both confirmed to have been destroyed following the events of Endgame. Despite their inactive status, their effects linger on in the stories of Wanda and Doctor Strange.

What is the Sacred Timeline?

Marvel’s so-called “Sacred Timeline” is the main timeline of the Marvel Cinematic Universe. In Avengers: Endgame, The Ancient One (Tilda Swinton) explains to Smart Hulk (Mark Ruffalo) that the whatever-it-takes Time Heist the Avengers were attempting needed to thread the needle without error — or else risk the creation of contradictory branch timelines off of the main chronology, “Sacred Timeline.”

Captain America, Steve Rogers (Chris Evans) keeps this timeline intact when he restores the 6 Infinity Stones following the Time Heist that successfully undoes the Snap of Thanos — and the “Blip.” The Time Keepers and the Time Variance Authority say that the timeline established in Endgame — including the chronology that returns Captain America to the past with Peggy Carter, and contains a variant Gamora from another timeline replacing the original Gamora — is protected in its entirety as the Sacred Timeline. No plotholes allowed.

The Loki trailers have teased the trickster god royally messing with the Sacred Timeline, so it’s like we’ll see a Loki variant or two as the series continues — possibly Marvel fan favorites Lady Loki or Kid Loki.

The 6 Infinity Stones were so immensely important to the MCU, the period between Iron Man (2008) starring Robert Downey Jr. and Spider-Man: Far From Home (2019) starring Tom Holland is appropriately referred to as the Infinity Saga — the namesake of the Infinity Stones. The Time Heist in Endgame sent Avengers to intercept Infinity Stones in the past before Thanos got to them. In the end, Captain America returns each of them to their appropriate time and space.

Loki wielded the Space Stone — known in the Marvel Cinematic Universe for years as the Tesseract — in Avengers (2012). Loki’s scepter housed the Space Stone as he used it to enthrall Hawkeye (Jeremy Renner) and lead the alien Chitauri in the Battle of New York from the film’s climax. So, when Loki saw the Space Stone slide in his direction during the Endgame Time Heist sequence, he knew exactly what to do with it to make his escape.

Did your jaw drop when you saw a desk drawer filled with powerless Infinity Stones in Loki? Let us know your favorite moment in the series premiere in the comments!