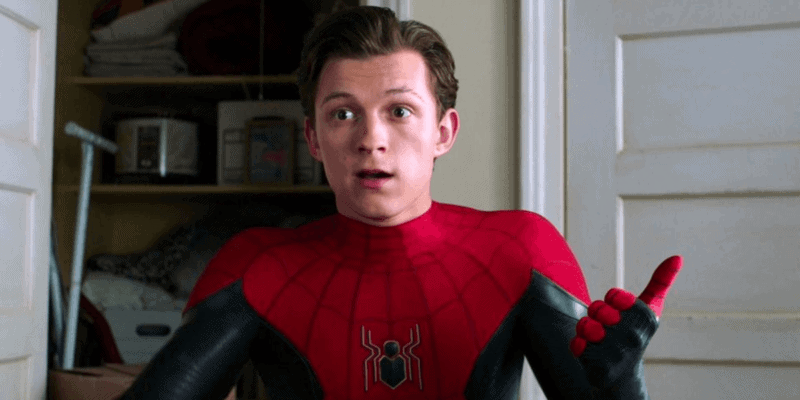 Fans were hoping Marvel would celebrate the birthday of Tom Holland by releasing a trailer for the upcoming MCU Spidey sequel, Spider-Man: No Way Home (2021), unfortunately, that did not happen.

Sony Pictures and Marvel Studios have been teasing the release of new clips of the third film of the Marvel Cinematic Universe Spider-Man franchise for weeks. With no Spider-Man 3 trailer as yet, fans took to social media in force, catapulting both actor Tom Holland and Spider-Man: No Way Home into trending status.

Spider-Man: No Way Home is the only Marvel Cinematic Universe film set to be released in 2021 that has not unveiled a trailer so far. The release from Marvel Studios and Sony Pictures won’t premiere in theaters until December 17th, 2021. But that hasn’t stopped excited fans from demanding to see the MCU Peter Parker, Tom Holland in the first No Way Home footage.

June 1 is actor Tom Holland’s 25th birthday, and many fans believed Marvel would choose this date to finally unleash the No Way Home trailer. Marvel very recently pulled off a similar move, releasing the trailer for the film Shang-Chi and the Legend of the Ten Rings (2021) back in April on the birthday of actor Simu Liu. As fan demand for a new Spider-Man trailer intensified, so did online speculation.

Alas, no Spider-Man: No Way Home trailer has been released as of this writing. Though, fans eager to celebrate Tom Holland’s birthday took to social media to celebrate Holland, and poke fun at Marvel and Spider-Man fandom.

Twitter user American doritos, got creative and staged a miniature prayer circle within his 280 characters hoping to get some divine intervention resulting in a Spider-Man 3 trailer. He tweeted,

The Tiger from NY used an iconic shot of a very angry Willem Dafoe as Norman Osborn in Sam Raimi’s Spider-Man (2002) in gif format to share his feelings, Tweeting,

Me waking up and seeing Sony didn’t release the #SpiderManNoWayHome trailer pic.twitter.com/hEuaoJw42m

S commented that all the Marvel fans hoping for a new trailer on Tom Hollands birthday were looking like clowns following the Marvel and Sony no show, sharing an image of a famous Spidey meme with accompanying caption,

“Everyone that thought the NWH trailer was gonna drop today #SpiderManNoWayHome”

Everyone that thought the NWH trailer was gonna drop today#SpiderManNoWayHome pic.twitter.com/l5M1zGIdUK

The Cinematic Universe explains why they believe the No Way Home trailer will come in July, saying,

“Honestly releasing the #SpiderManNoWayHome trailer in July makes so much more sense. Since #Sony did release the #VenomLetThereBeCarnage trailer 6 months prior to its October release. Which makes July a much more reasonable month!”

Honestly releasing the #SpiderManNoWayHome trailer in July makes so much more sense.

Since #Sony did release the #VenomLetThereBeCarnage trailer 6 months prior to its October release. Which makes July a much more reasonable month! pic.twitter.com/JOAOcud8SZ

Kaylee wasn’t calling for a Spider-Man trailer, as much as she was demanding an international holiday honoring Tom Holland. The superfan Tweeted,

Stephanie Mandujano argues that while we didn’t get a trailer from Marvel and Sony, we are seeing some brand synergy coming from Disney, with the opening of Disneyland’s Avengers Campus. They explained,

Marvel Studios has a knack for electrifying fans by dropping huge announcements. Spider-Man: No Way Home has been a particular lightning rod for fan rumors and speculation of late. Most of the chatter surrounds the potential for past versions of Spider-Man film characters — like Willem Dafoe’s Norman Osborn or fellow Spider-Men, Tobey Maguire and Andrew Garfield — joining No Way Home for some multiverse action.

Sam Raimi, director of the original Sony Pictures Spider-Man trilogy starring Tobey Maguire will make his Marvel Studios debut with Doctor Strange in the Multiverse of Madness (2022). In addition to Maguire’s Peter Parker and Dafoe’s Green Goblin rumored involvement in No Way Home, Alfred Molina has confirmed that his Doctor Octopus will appear in the threequel potentially making for a film chalk full of Raimi-verse Easter eggs.

Should Marvel have released the Spider-Man: No Way Home trailer for Tom Holland’s birthday? Let us know in the comments!