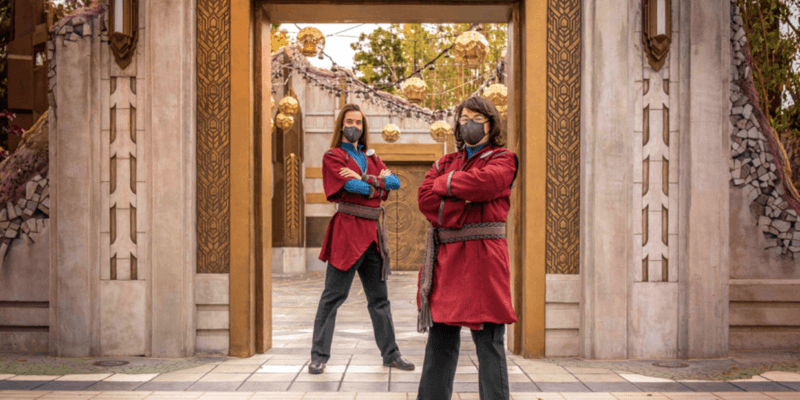 Avengers Campus at Disney California Adventure Park opens on June 4, and Disney Guests are not the only ones who can’t wait. Disney Cast Members working at Avengers Campus seem to be just as excited to work at the new land as Guests are to experience it.

Disneyland Cast and Community spoke to Cast Members who will work in Avengers Campus and shared what the excitement of being in the new area means to them. They shared the anticipation of one of those Cast Members on Instagram.

“It’s nice to be back as one big team… Just to make people feel like they’ve escaped their troubles outside and have come into something they’ve only ever dreamed of. It’s super emotional but a beautiful experience, I’m so excited!”
–Ian, Entertainment, Avengers Campus

It takes a big team of Cast Members to help assemble all the new costumes for a new land! It has been “very rewarding, just to see the looks on all the Cast Members’ faces when they get to see what their costumes are going to look like for Avengers Campus,” shared Lily, Area Manager for the Resort Operations Costuming Team. “As Cast Members, the way we look and feel in our costumes really does impact our guest interactions. Just making sure all our Cast feel included and they are part of the story is what our team is all about.”

“It’s been a labor of love,” shared Lauren, Support Assistant for Costuming Projects Team. “Working through the closure and then coming back, it is so awesome to see it get rolled out. It’s finally done, and we get to share it with the world.”
#DisneyCastLife
#HeroesAssemble

The opening of Avengers Campus will be different from previous land openings at Disney theme parks. When Star Wars: Galaxy’s Edge opened at both Disneyland and Disney World, Guests were able to make reservations and visit the new location before it opened to all theme park Guests. However, that was before the pandemic forced the parks to shut down.

Avengers Campus was originally scheduled to open in July 2020, but that opening had to be pushed back due to the shutdown. Disney California Adventure Park was finally able to reopen with attractions on April 30. Just two weeks before the reopening, Disney officials announced that Avengers Campus would be opening on June 4. Because so much was still up in the air — such as capacity limits and full operating procedures — no pre-opening reservation opportunity was announced for Avengers Campus.

The Avengers Campus opening will be the first major land opening at the Disney theme parks since the pandemic. Guests and Cast Members alike are anxiously waiting for the historic opening happening in just a matter of weeks.

Are you as excited to be at Avengers Campus as the Cast Members? Let us know in the comments!