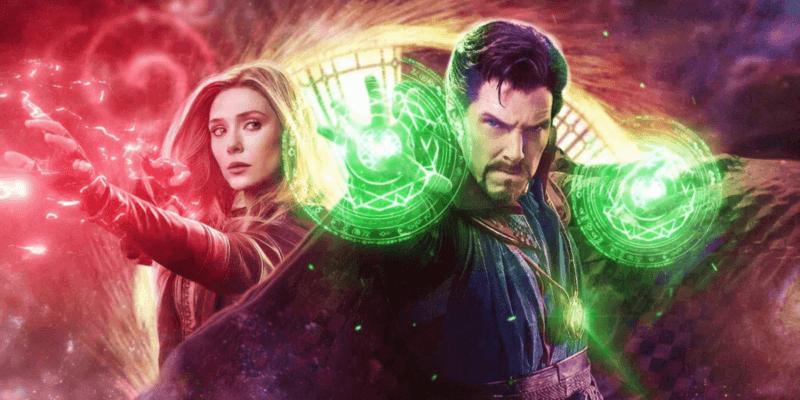 A new cast list for Doctor Strange in the Multiverse of Madness (2022) revealed a notable detail that suggests the Marvel Cinematic Universe will be making a visit to the Marvel Comics universe for the first time.

The Doctor Strange (2016) sequel — starring Benedict Cumberbatch and helmed by Sony’s Spider-Man director Sam Raimi — appears to be headed to the reality of mainstream Marvel Comics in what would be a mind-blowing mash-up with the potential to shatter the Marvel Cinematic Universe status quo.

Phase 4 of the Marvel Cinematic Universe promises to unleash the multiverse on Marvel fans, as audiences will be introduced to alternate realities and timelines that certainly will impact Marvel storytelling for years to come.

A cast list on Spotlight has revealed that actor Jon Prophet is in line to play a character called “New Yorker 616.” At first blush, the character’s name may come across mostly as a generic afterthought. However, Marvel Comics fans will recognize the subtext-loaded inclusion of the number “616.”

Earth-616 is the designation of the main Marvel Comics universe of canonical storylines. The Marvel Cinematic Universe has always followed and taken inspiration from Marvel Comics arcs, but never before has the MCU — designated as Earth-199999 — actually intersected with the reality of the similar but decidedly distinct Earth-616.

As the title proclaims, Doctor Strange in the Multiverse of Madness will explore the infinite possible worlds alluded to in MCU films like Avengers: Infinity War (2018), and hinted at by the inclusion of WandaVision lead, reality-altering Scarlet Witch, Wanda Maximoff (Elizabeth Olsen), in the cast of Doctor Strange 2. A theory circulating among Marvel Cinematic Universe fans is that Wanda Maximoff, a mutant in Marvel Comics, may be involved in bringing the X-Men into the MCU with her multiverse disrupting “chaos magic.”

There were several references to X-Men locations and characters from the Marvel Universe as well in The Falcon and The Winter Soldier.

The production of Spider-Man: No Way Home (2021) has also generated rumors of a major multiverse influence for Marvel’s Phase 4 and Phase 5. One rumor hints that in Marvel’s Spider-Man 3 Peter Parker (Tom holland) will encounter another reality’s Norman Osborn (Willem Dafoe from the Sam Raimi Spider-Man trilogy), and will use the encounter as a basis to investigate the Norman Osborn of his reality, the MCU.

The upcoming Disney+ series Loki will also tour the multiverse, as Loki — or at least the branch reality version of Loki created in Avengers: Endgame (2019) — with the Time Variance Authority (TVA) as they seek to defend the “sacred timeline.”

The impact of the comic book reality meeting the movie reality remains to be seen. Whether it’s a major shake-up or a quick detour from Doctor Strange 2‘s main storyline, it’ll be a fun Easter egg for Marvel Cinematic Universe fans and Marvel Comics fans alike.

Benedict Cumberbatch will reprise his role as Doctor Stephen Strange in Marvel’s Doctor Strange in the Multiverse of Madness (2022). Cumberbatch will be joined by a confirmed cast that includes original Doctor Strange (2016) actors, Rachel McAdams as Christine Palmer, Benedict Wong as Wong, and Chiwetel Ejiofor as Baron Mordo. Other notable cast members include the Scarlet Witch herself, Wanda Maximoff, portrayed by Elizabeth Olsen, and a new character to the MCU, America Chavez, to be played by Xochitl Gomez.

Doctor Strange in the Multiverse of Madness will premiere in theaters only on March 25, 2022.

Are you ready to meet the Multiverse of Madness? Let’s hear from our Doctor Strange fans in the comments!