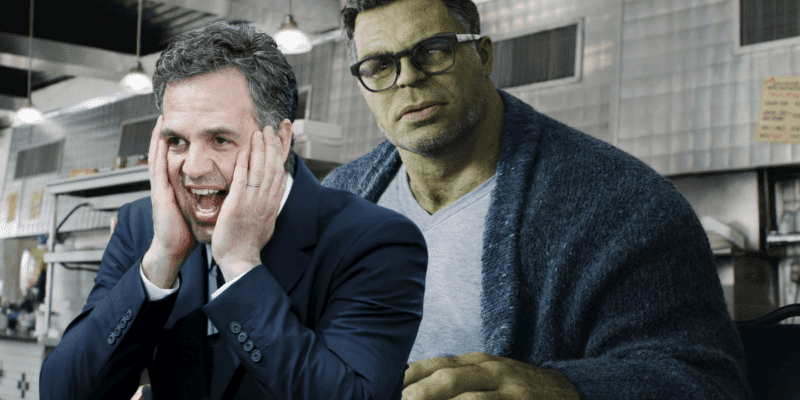 If there is an Avenger you can’t help but love, no matter how terrifying he is, it’s Mark Ruffalo as Bruce Banner/The Hulk. Ruffalo is constantly bringing a smile to Marvel fans everywhere – and this spoiler he released is probably our favorite Marvel spoiler yet.

If you watch Mark Ruffalo in interviews, you may know that that man cannot keep a secret. He is one of the worst Avengers to accidentally give out major plot points (aside from Spider-Man: Homecoming’s Tom Holland), and fans have always made sure that he knows it.

If you haven’t heard of Ruffalo’s big mouth when it comes to spoilers, let’s just say that before Avengers: Infinity War dropped, Mark, said in an interview that, “everybody dies.” He tried to play it off as a joke but MCU fans started putting together the insane plot twist that the film has.

Well, to poke fun at his flaw the Hulk actor posted a hilarious Tweet entitled, “me + a random note on my phone.”

The “random note” is called ‘Marvel Spoilers’ and has 3 easter eggs. The first says “Being a friend from work” which points to Chris Hemsworth’s line — which was said in regards to Ruffalo’s Hulk — in Thor: Ragnarok. If you remember Avengers: Endgame you may remember The Hulk holding up tiny tacos, which is where the taco emoji’s come in, and of course he references his “everyone dies” spoiler!

me + a random note on my phone pic.twitter.com/8tYN6rKyhf

For all you Ruffalo fans who want a solo Hulk movie — that is not looking like it is in the works, but it is something Mark is interested in. He noted that he would be open to a film about Professor Bruce Banner:

Until that genius idea comes to life –Kevin Feige I am talking to you — we hope to see Ruffalo in the Disney+ She-Hulk series.

Is Mark Ruffalo your favorite Avenger? If not him, who?