Tom Holland didn't see "Onward" until the Premiere. Spoiler precaution or just a joke? - Inside the Magic 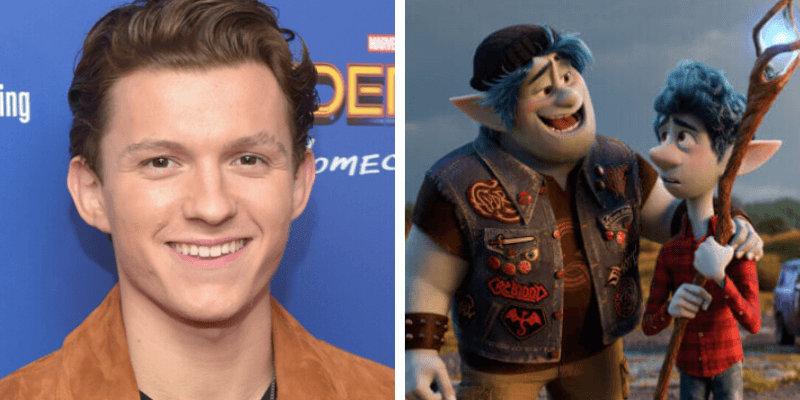 One of the perks of starring in a feature film is getting a chance to see the film before the premiere. But one actor who seems to have lost that privilege is British actor Tom Holland.

During the press tour for Disney-Pixar’s latest film, Onward, Christ Pratt went on to talk about the film, having already seen it himself. Meanwhile, Tom Holland joked about not being able to see it. Fans will remember well how the Spider-Man star got into some trouble after accidentally spoiling several moments in Marvel movies. Now, it looks like Disney’s not taking any chances. And even Pratt is confirming it.

Holland and Pratt recently appeared on Good Morning America and made the following remarks:

TH: “They know I’ll spoil it. So I get to watch it at the premiere with all of the fans.”

You can watch the full clip here:

And this is not the first time the two have brought this up. You can read our earlier coverage of the Onward press tour by clicking the links below:

Is this an actual reprimand or a running joke?

Okay, yes. Tom Holland did make some mistakes on earlier press tours. He had a habit of saying a bit too much. But it became more of a joke than anything. The intensity of “Spoiler Embargos” online has reached almost satirical levels, and Holland’s lovable tendencies to say too much is becoming cemented in his Hollywood identity.

In short, making Holland wait until the premiere to see the full movie is a fun and almost-benign PR move. Disney has put a lot of money behind the fact that many people will go see Onward simply to see Marvel regulars Chris Pratt and Tom Holland star alongside each other. And through the entire press tour, Tom Holland has been very much Tom Holland and Chris Pratt has very much been Chris Pratt.

Honestly, I wouldn’t be surprised if it’s all a stunt and Tom Holland actually did see the movie. But either way, it makes for great press.

What do you think about Tom Holland having to wait until the premiere to see Onward? Let us know in the comment!

Comments Off on Tom Holland didn’t see “Onward” until the Premiere. Spoiler precaution or just a joke?