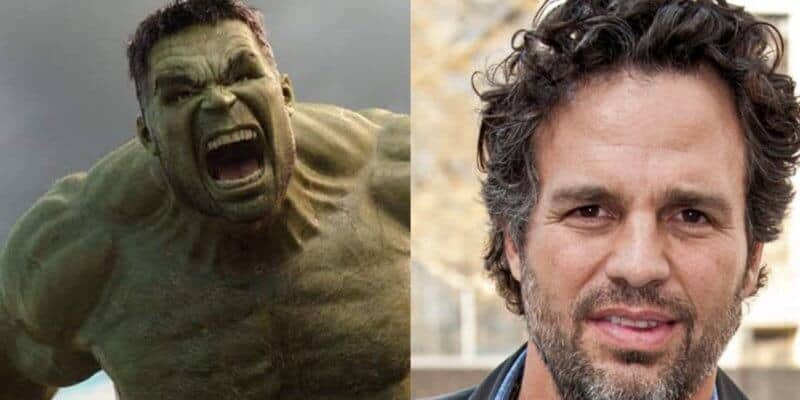 The Marvel Cinematic Universe is something that every Marvel fan dreams of one day joining. After Avengers: Endgame, where we got to see all of our favorite superheroes come together, it’s safe to say we all had a little FOMO (that’s “fear of missing out”) in the movie theatre. Well, it looks like the actors who are a part of the Marvel franchise also are in disbelief that they exist in the MCU.

Hulk actor Mark Ruffalo has been in the Marvel Cinematic Universe since the The Avengers in 2012.  Marvel describes him Hulk (AKA Bruce Banner) as:

Bioscience genius Dr. Bruce Banner focused his major studies on the effects of gamma radiation on humans, working alongside Dr. Betty Ross at a Virginia University lab. Dr. Ross’ father, General “Thunderbolt” Ross of the U.S. Army, channeled Banner’s work into a program to develop weapons for the military, unbeknownst to both doctors. When Banner decided to test what he learned on himself, he triggered a fantastic transformation in himself that resulted in an immense, hulking figure fueled by his own rage.

Having destroyed his lab as the creature, and inadvertently harming Ross in the process, Banner slipped away to avoid capture and study by the Army and began a desperate quest for a cure to his bizarre affliction.

Although Bruce is a scientific genius, Hulk acts out on emotion and has extreme physical power allowing Ruffalo to explore the two sides of the character through the countless films he has taken part in in the MCU such as Avengers: Age of Ultron and Thor: Ragnarok. And even though all of us Marvel fans love Mark as the scary green giant, he does not think he belongs.

In an interview with Variety, Ruffalo was asked about his role and if he is still in disbelief that he gets to play Hulk:

“When you’re playing the Hulk and you’re on set, do you ever pinch yourself like not believing where you are?”

“Yeah. Every time I’m whining like, ‘…how long are we waiting for the set up?’ I’m like, ‘Hey, remember you’re not even supposed to be here.'” Ruffalo shared. “Right. I just remember to be grateful because I still can’t believe it. I still keep thinking, ‘They’re going to throw me out of the club. I never belonged here in the first place and they’re all going to find out.'”

When can we see Mark play Hulk again?

Although Mark is not yet slated to return for a live-action Marvel film as of yet, we can expect to see him on Disney+’s animated series What If… We also reported that there is a possibility of him reprising his role in the recently announced She-Hulk series starring Tatiana Maslany, and the crossover would make total sense. Ruffalo even would be open to a film about the Professor Bruce Banner:

All I know, is I would love the see Mark Ruffalo’s Hulk to reenter the MCU in any capacity, and I am looking forward to the day he does.

What Marvel movie do you want to see the Hulk in? Let us know!