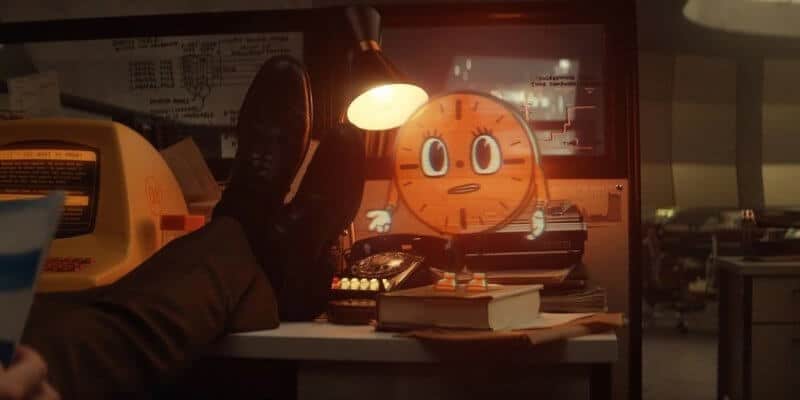 Sometimes when a show like Marvel’s Loki releases, there simply isn’t enough merch to go around. In an effort to keep toy manufacturers like Funko or LEGO from leaking key plot details, there can be a huge delay in getting merchandise for new characters — this famously happened with Star Wars’ The Mandalorian‘s Grogu (AKA “Baby Yoda”).

Luckily, Marvel fans are creative and resourceful and always quick to build their very own.

Marvel Studio’s new series Loki is setting records for Disney+ but the merchandise has been sorely lacking. And, some products that have been released — like the horned helmets replicates by Zavvi — gave away Sophia Di Martino’s character Sylvie’s real name before the show did.

A user on TikTok going by Fabricated Fandom recently posted a video detail how he 3D printed his very own Miss Minutes as a working clock:

Making a working clock based on Miss Minutes! I love her so much, and I needed my own #marvel #loki #missminutes #3d #3dmodel #3dprinting #diy

Miss Minutes is the clearly evil mascot of the Time Variance Authority (TVA), the bureaucratic organized charged with protecting the Timekeepers’ Sacred Timeline from branching into alternative universes. Miss Minutes is voiced by the amazingly talented Tara Strong (The Powerpuff Girls, My Little Pony).

Miss Minutes has not gotten much screen time in Loki yet. Her interactive hologram spent a few minutes in episode 2 “The Variant” training Loki (Tom Hiddleston) to become a member of the TVA. The God of Mischief did not take the training too seriously.

Strong recently hinted that Marvel Studios has bigger plans for the seemingly innocuous character in an interview with The Hollywood Reporter saying:

I can cryptically tease that you’ll see her again. There’s much more to be revealed, and it’s fun to watch that unfold. The beautiful thing about this character is you don’t really know who she is.

This message had Marvel fans speculating that the TVA mascot could cause more trouble for the Prince of Asgard than a mere nuisance. She could have a much bigger role to play in the future of the Loki series than Marvel’s version of Mr. DNA from Jurassic Park.

In the third episode of Loki, “Lamentis”, Lady Loki revealed that everyone who works for the TVA is a variant just like the version of Loki the new series is following. Loki escaped with the Tesseract which housed one of the Infinity Stones – the Space Stone – during the Time Heist in Avengers: Endgame (2019). And not the version who died at the hands of Thanos (Josh Brolin) in Avengers: Infinity War (2018).

This new information means that every character we have seen in the TVA is actually a variant who proved to be useful for the TVA. This includes Owen Wilson’s character Mobius M. Mobius, who recruited the trickster god to help catch Sylvie.

Related: Loki Takes Over Twitter to Reveal Coded Messages- Is It All a Trick?

However, it is likely that at least one character in the show would be from somewhere else in the MCU. Head writer Michael Waldron teased shocking cameos for the first season of the Loki series. This has had some fans speculating that Miss Minutes could also be a variant of a character we have seen in the Marvel Cinematic Universe before — Ultron.

Though there is little proof to back up this fan theory. If Miss Minutes is another variant, she clearly is an artificial intelligence and there are only a handful of characters in the MCU she could be a variant of – Friday, Jarvis or Ultron. And Miss Minutes gives off a sinister air even if she is just a cartoon clock.

How evil Miss Minutes turns out to be Marvel fans will just have to wait and see. For now, they will have to tune in for new episodes Wednesdays on Disney+ to get more of the MCU’s first adventure into the Marvel Multiverse.

Let us know in the comments below if you want your own Miss Minutes clock.