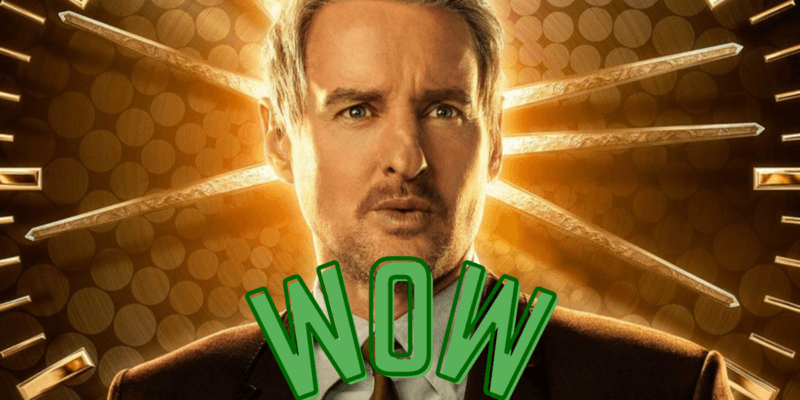 Marvel fans are loving the chemistry between Loki’s leading men Tom Hiddleston’s God of Mischief and Owen Wilson’s character Mobius M. Mobius. It’s a major part of what has made Loki the latest streaming success for Disney+ following WandaVision and The Falcon and the Winter Soldier.

But fans hoping to hear Owen Wilson utter “wow” in the series had those hopes dashed in a recent interview with Loki showrunner Kate Herron with CBS-owned ComicBook.com.

Wilson has become famous for saying “wow” in many of his on-screen appearances. And fans have been keeping count. In Midnight in Paris (2011), which starred both Wilson and Hiddleston before they were reunited for Marvel’s Loki, Wilson said “wow” a total of seven times.

ComicBook asked Kate Herron if fans will “get at least one ‘wow’ from Owen Wilson as Mobius.” Kate Herron admitted “I don’t think we have one” and added that Wilson “wanted to do something really outside himself.”

Sorry to every fan who imagined Agent Mobius’s first ride on a jet ski inspiring him to say “wow”.

It may not fit Owen Wilson’s character in the Loki series, the serious agent of the Time Variance Authority (TVA) who is hunting down a deadly variant of the trickster god. As head writer Herron pointed out, Mobius is a far cry from Eli Cash from The Royal Tenenbaums (2001) or Owen Wilson’s experience with comedy in films like Zoolander (2001) and Shanghai Noon (2000).

Mobius has recruited another variant of the Prince of Asgard – who escaped his death at the hands of Thanos (Josh Brolin) in Avengers: Infinity War (2018) by taking advantage of the mishandled Time Heist in Avengers: Endgame (2019).

The mischievous gender-fluid god from Norse myth snatched up the Tesseract/ Space Stone and was looking to take over the world like he was in The Avengers (2012) but was quickly taken into custody by Hunter B-15 (Wunmi Mosaku) and her Minutemen.

From there the Frost Giant Prince is taken to a whole new world for the Marvel Cinematic Universe where the TVA protects the Sacred Timeline from variants like Lady Loki as played by Sophia Di Martino – who may have been combined with the Marvel Comics character Enchantress.

The Loki series is already setting records for Disney+ and Marvel Studios as it expands the Marvel Cinematic Universe into television for the MCU’s Phase 4. Loki is set to bring the Multiverse to live-action ahead of Doctor Strange in the Multiverse of Madness (March 25, 2022).

But it’s sad to know that Owen Wilson did not say his iconic “wow” line in the first season of Marvel’s Loki. Luckily, Loki season 2 has been confirmed and now that Kate Herron is aware of the demand there will be more chances for Mobius to say “wow”.

The chemistry between Owen Wilson and Tom Hiddleston has been clear from the very first Loki trailer. Mobius and Loki are quickly getting shipped together by fans and no one wants to see that magic go away anytime soon.

And Kevin Feige has hinted that there could even be a Season 3 in the works for Marvel Studio’s Loki, so fans could still get a “wow” from Mobius at some point.

Were you hoping to hear Owen Wilson’s iconic “wow” in Loki?

Comments Off on Owen Wilson’s Iconic Catchphrase Cut From ‘Loki’